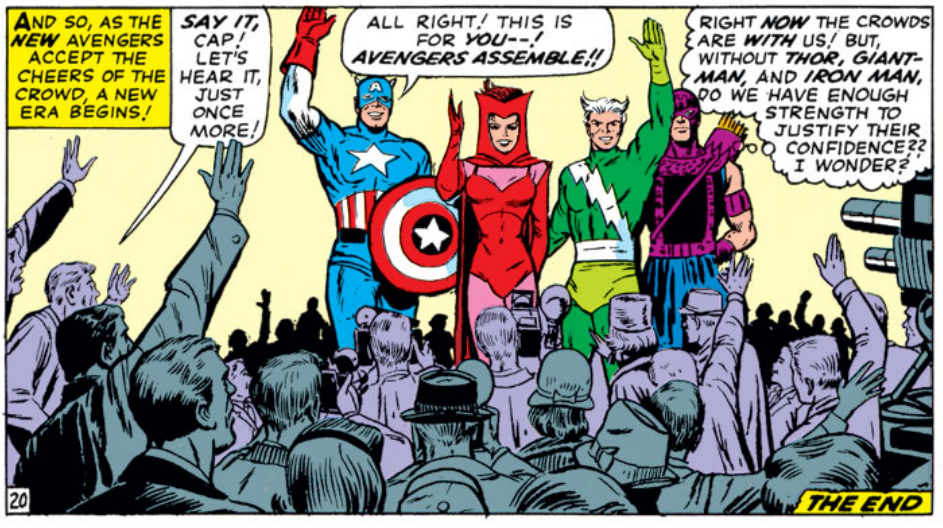 "And there came a day, a day unlike any other, when Earth's mightiest heroes and heroines found themselves united against a common threat. On that day, the Avengers were born—to fight the foes no single super hero could withstand! Through the years, their roster has prospered, changing many times, their glory has never been denied! Heed the call, then—for now, the Avengers Assemble!"
—Prologue from The Avengers used in the 1970s

First Appearance of this team was in:  Avengers #16

In Avengers #16 the Avengers roster undergoes some major changes.  The Avengers are battling the Masters of Evil and manage to defeat them.  Thor returns to Asgard with the Enchantress and the Executioner.  Meanwhile, the rest of the founding members are ready for a break.    Iron Man, Thor, Giant Man (Hank Pym) and the Wasp all go on leave from the team.  Namor is asked to join but refuses.

This leaves only Captain America on the team but luckily there are a few new recruits.

Roster of the Third Avengers Team includes:
Who is Captain America?