Who really is Spider-Punk? 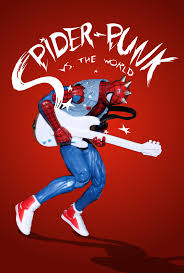 Punk-Spider comes from a bleak world where he must off against the President and an army of police officers who have been enhanced with Venom symbiote technology.  Spider-Punk plays a major role in the Spider-Verse story of Spider-Man.

Bio:
In Spider Punk's world the Norman Osborn has become President and is bent on controlling everything.  Osborn has created an army of police who have Venom armor.
Osborn is opposed by the dynamic leader Spider-Man.    This Spider-Man is not Peter Parker on this world instead he is Hobart Brown.  Hobart Brown is the hero/criminal known as the Prowler in the main 616 universe.  This Spider-Man is anti-authoritarian, and raises up an army of fellow Punk's and rockers to battle Osborn.

In a pivotal moment Osborn and his Venom swat army surrounds the Spider Army.   Things look bleak for the rebel punks.
Then Punk Spider-Man wails on a guitar and reveals a massive set of amplifiers.  The sonic wave from the amps weakens the Venom armor of the officers.  The Spider army assaults the weakened officers.  Spider Punk swings his guitar right into the head of President Osborn.

Watching the battle from afar is the Superior Spider-Man who is very impressed.  He recruits Spider-Punk into his army.

Writer Jed MacKay had some interesting thoughts about creating a punk hero character:

“Punk rock and hardcore has been my thing since I was a kid, so I was really excited to make a Spider-Man comic that was totally informed by that ethos of anti-authoritarianism, revolt and heart. And yeah, we got excited to have Spider-Man fight the president and the cops.
It’s a comic about a punk, not a punk comic. And that’s a fine distinction, to be sure, but an important one. However, this is a story that punk kids, historically the mohawked hoodlums that got their teeth kicked in by heroes in the comics in the 80s, can actually see themselves as the hero of, and maybe it’ll get them scrabbling their own punk zine-comics together.”


Spider-Punk Image Gallery:
Here are some coolest images of Spider-Punk in action. 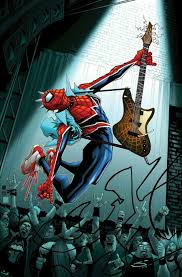 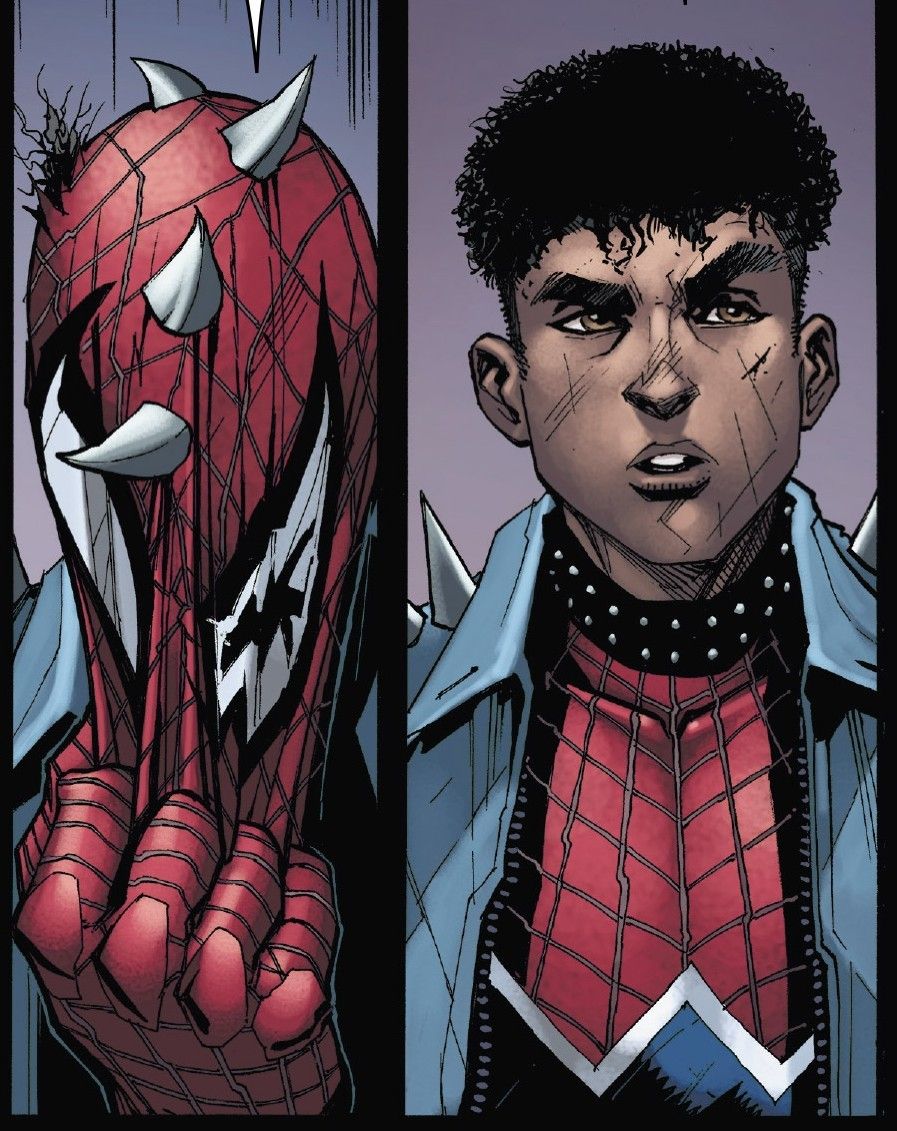 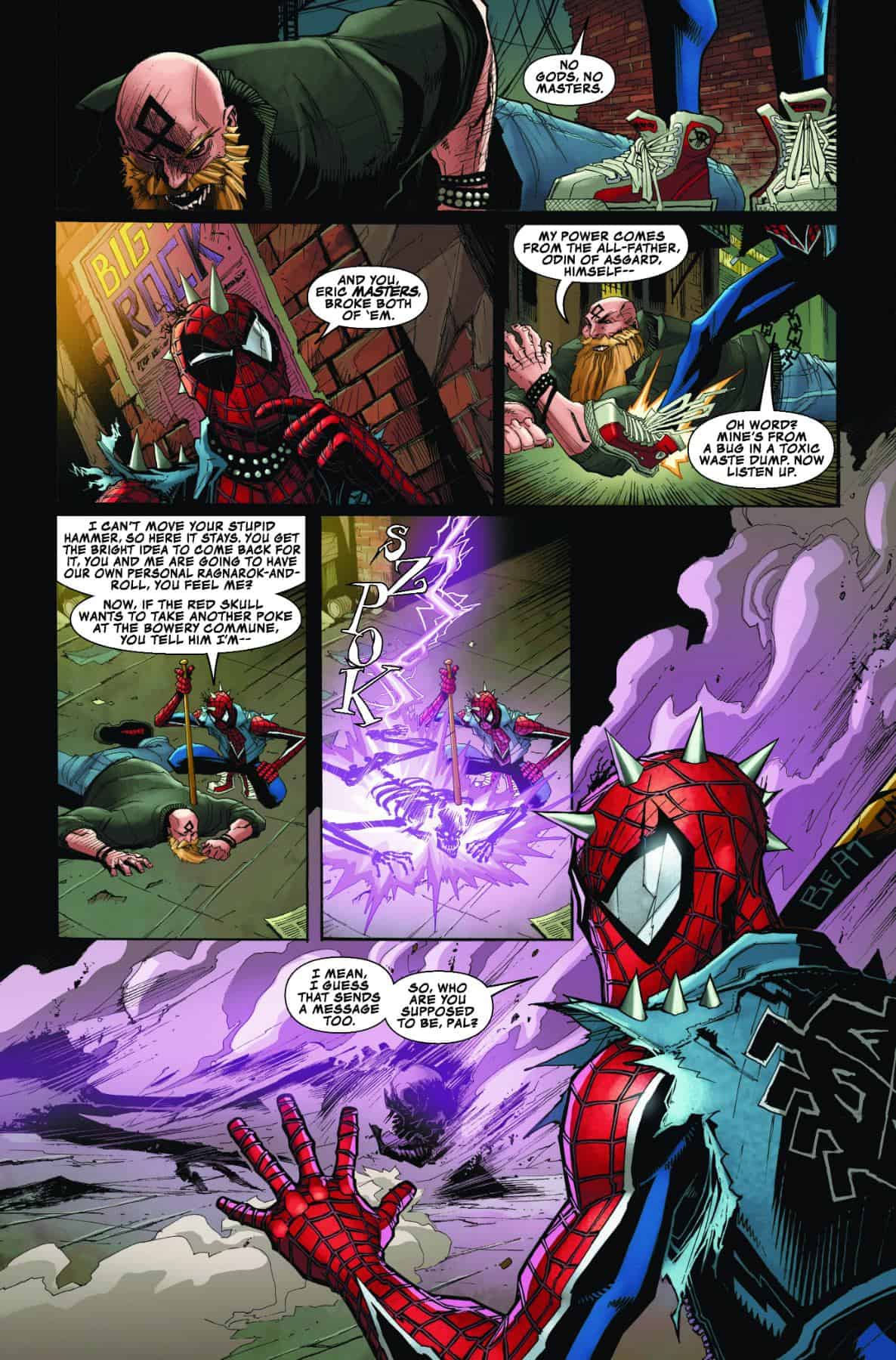 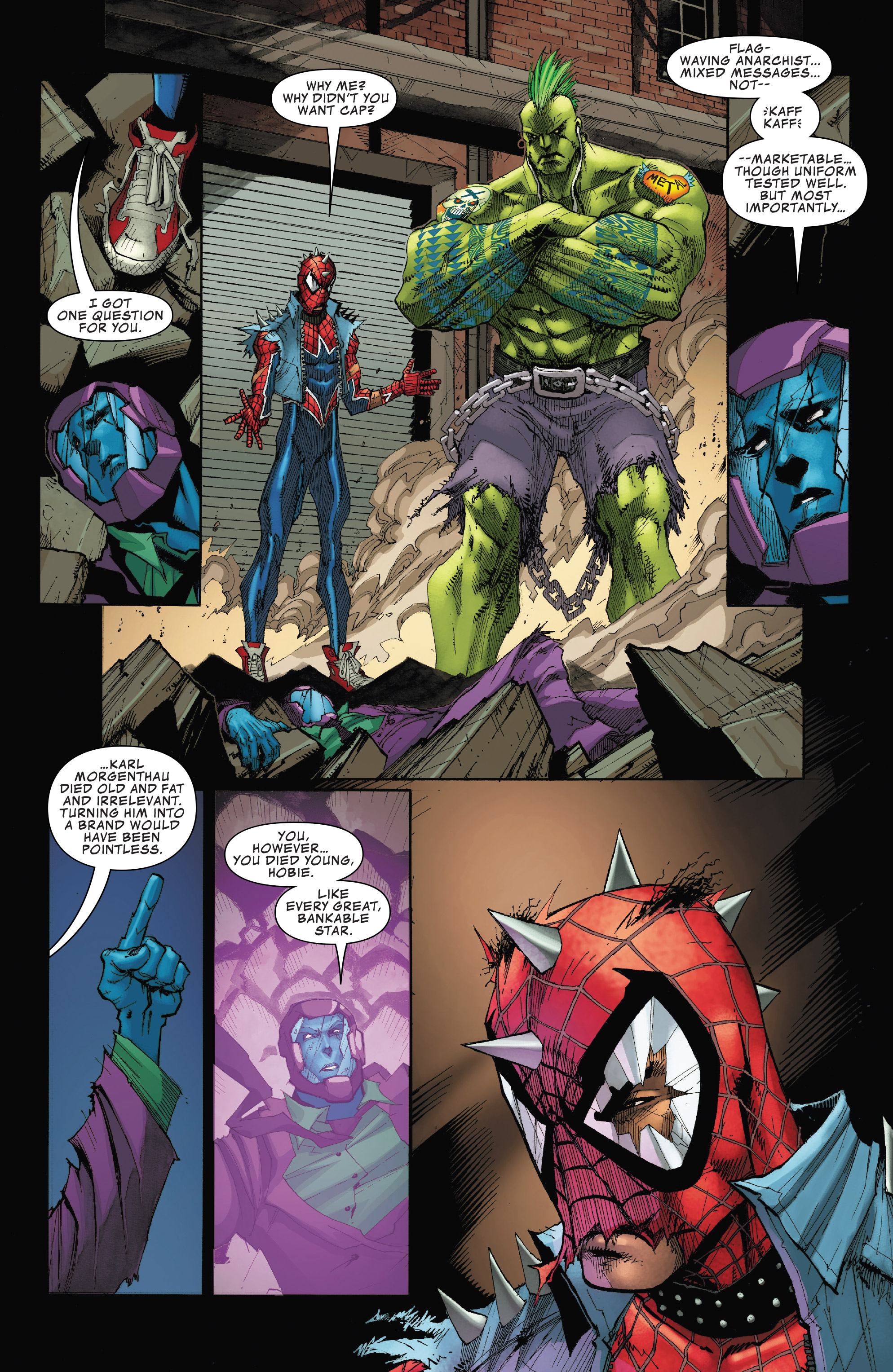