Who really is Agamotto? 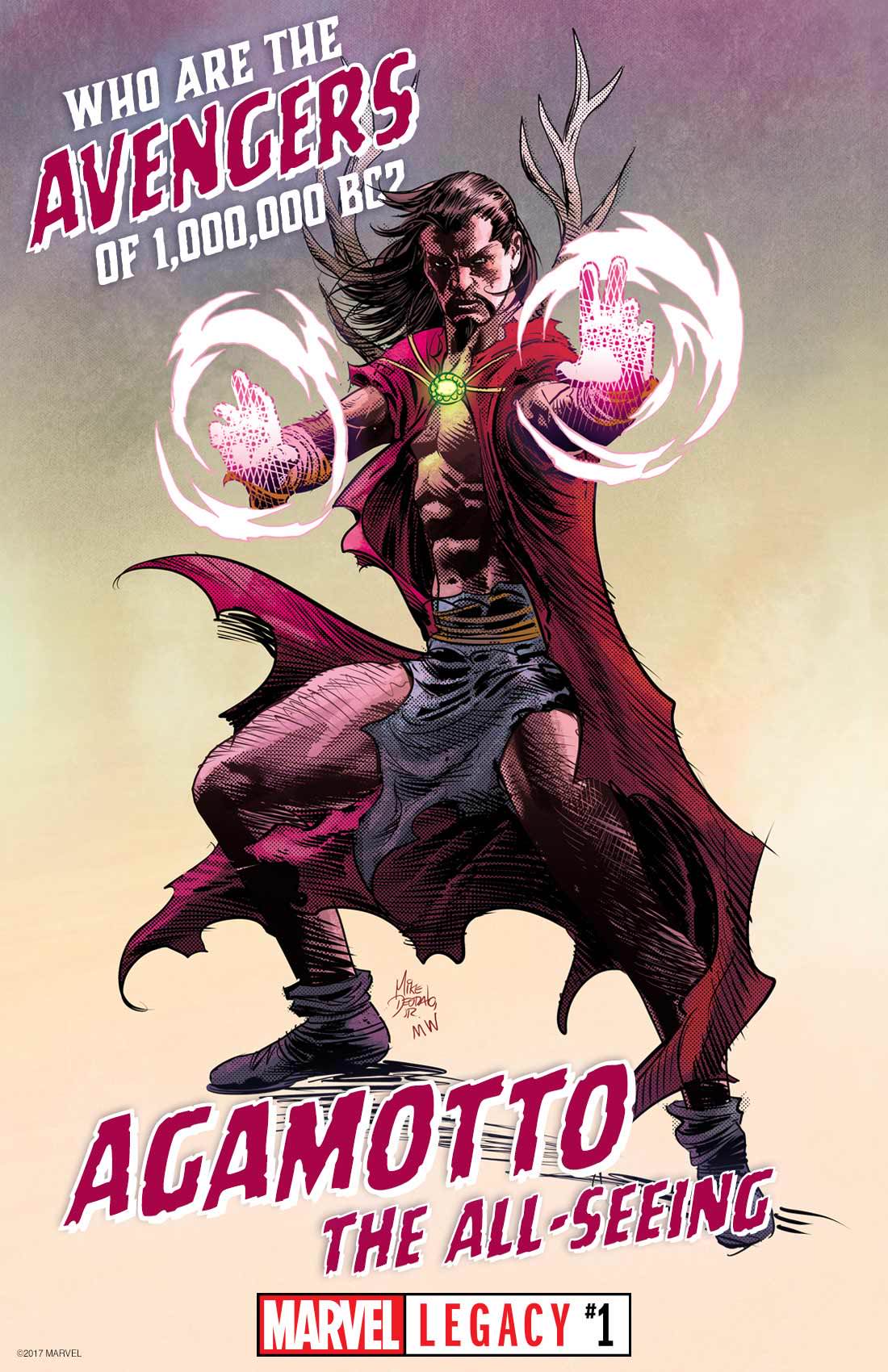 Agamotto is an entity within the Marvel Universe.  He is one of the three powerful entities known as the Vishanti from whom Doctor Strange draws much of his powers and knowledge of magic from.  He is generally considered to be benevolent.

Alias:  Agamotto the all seeing


Origins:
Agamotto claims that his origins go back to the beginning of Earth.   He is a non physical, non corporeal entity that was born from an entity called Oshtur around 10 million years ago.  He becomes a magical defender of the Earth dimension and helps protect it early on from Dormammu.   In this role as protector of Earth he is sometimes referred to as the first Sorcerer Supreme.

The power level of Agamotto is extremely high.  It is thought that his power is greater than Hoggoth and Oshtur combined even though he is the spawn of Oshtur.  He has also been shown dealing with other cosmic entities such as Galactus and Dormammu.


Appearance:
Agamotto can take on any appearance and tends to take on something from the mind of those he is meeting.  He has appeared as a Lion, Tiger, and as the giant caterpillar from Alice and Wonderland.

Personality:
The personality of Agamotto greatly varies from formal, to informal, to glib, to threatening, to silly, indifferent and even hostile.  The varied personality is sometimes thought as testing the Sorcerer Supreme in various guises.
Generally Agamotto seems to care about the well being of all universes and for helping the forces of good overcome evil.  If he did not then the world would have very quickly been overtaken by Dormammu.

Doctor Strange Store:
Toylab is a member of the Amazon affiliate program and as such is thrilled to bring you these amazing deals on Doctor Strange products through Amazon.

MCU:
Agamotto is mentioned numerous times in Doctor Strange as the first Sorceror Supreme.  The Eye of Agamotto which is revealed to be the time infinity stone is also heavily featured.
At one point Wu says that Agamotto was the one who created the Eye of Agamotto.