Who are the Saviors in Walking Dead

The Saviors are the largest and most organized force that Rick Grimes has come across.  They are also responsible for killing many of the groups members. 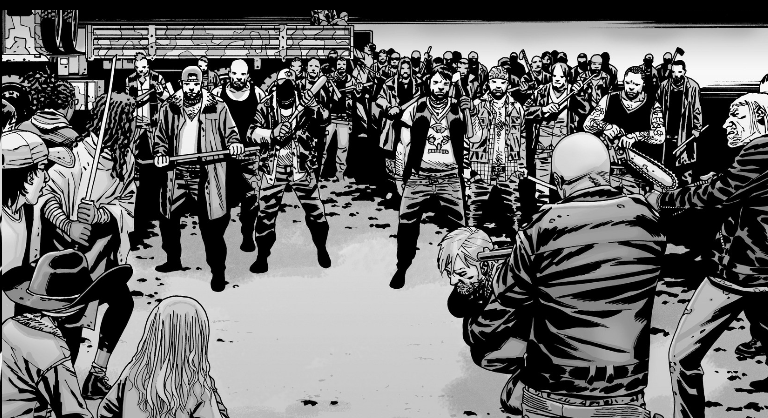 The Saviors were initially a security group within the Hill Top Community.  The strongest and most violent members of the community joined this group.  A personality cult began to develop around the group's leader, Negan.  Eventually, Negan branched off on his own.  He then set out to force the Hill Top and other communities to pay his group tribute.  Groups that do not provide the tribute are destroyed.

The Saviors are able to build one large base called Sanctuary  and numerous small outposts.  From many of the outposts they are able to watch the communities they are extorting.

The Saviors racket is working and they are growing into a large powerful group before Rick Grimes and his group enter the equation.
At first the Saviors succeed in brutalizing, humiliating and intimidating Rick. However Rick creates a plan to eliminate the Saviors.
Rick Grimes says he will be paid communities to protect them from the Saviors.  As Rick seems for more sane and morally upright than Negan multiple communities agree to support him in an uprising.  The result of this is the story All Out War.  In the All Out War storyline many characters on both sides are killed but ends with the capture of the Savior leader Negan.

The Saviors are personality cult built around the insane Negan.  Negan is interesting in that at times he can genuinely treat people well provided they follow his rules.  He even gives others grudging respect at times.  The problem is that when people break his rules they receive swift, brutal and terrible punishment.
His rules also establish him solidly as a tyrant without any illusions of democratic or republic process.


The Saviors seem to use a type of points as currency.  These are awarded by Negan.


The Saviors are divided up amongst different groups.  He has his wives, guards and rest of the population.  Negan has a harem that he calls his Wives.  They are women who were taken from those he has subjugated or from other Saviors.  In many cases these women had other husbands.  If the women are found to be sleeping with other men or their former husbands the husbands are punished.   The punishment is to have their face melted off with a red hot iron. 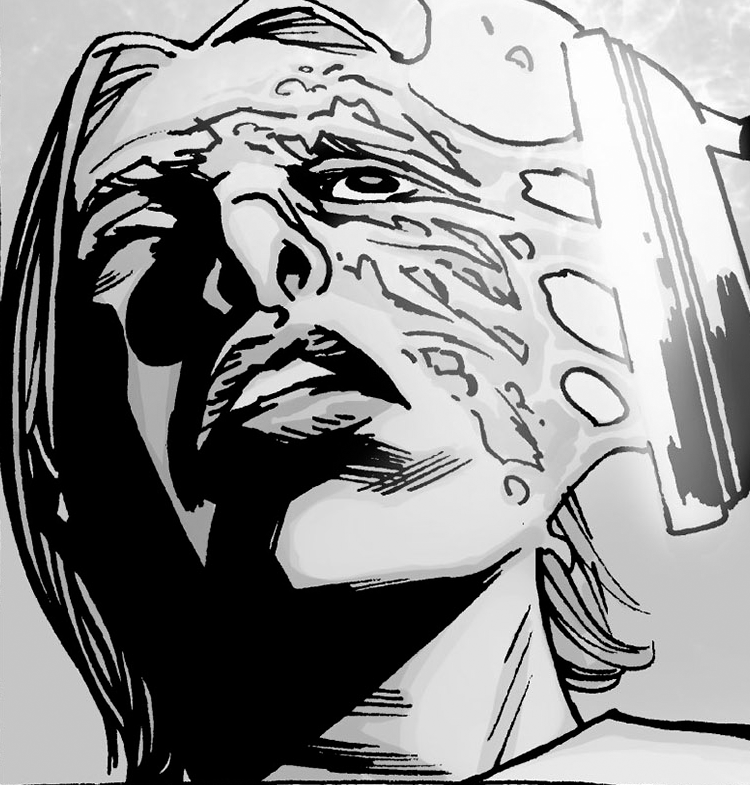 Do the Saviors Rape?
Despite his brutality Negan is at times shown as being fair.  He at one point kills a man for attempting to rape a prisoner named Holly.   Negans says that Saviors do not rape and it is against the rules.  However, Negan often threatens to rape both men and women.  Generally, it seems that Saviors are not supposed to rape people but Negan can do what he wants.

Negan also seems to have a soft spot for children.

Martial Skills:
On numerous occasions the Saviors are shown to have very strong martial skills.  They have a variety of cold blooded killers, snipers, and hand to hand to fighters.  Their primarily weakness is that many within the group secretly oppose Negan.

The All Things Walking Dead HQ
What is Sanctuary?
Who is Negan?
on November 01, 2017