The is part of the crux of Ultron.  You kind of have this view that echoes things in literature like Milton Paradises Lost where Satan is looking at his creator God and is mad with him.  Basically feeling like he was set up to fail to the flawed plans and designs of his creator.

Related Posts:
Who is Ultron?
All Avengers Movie news and speculation 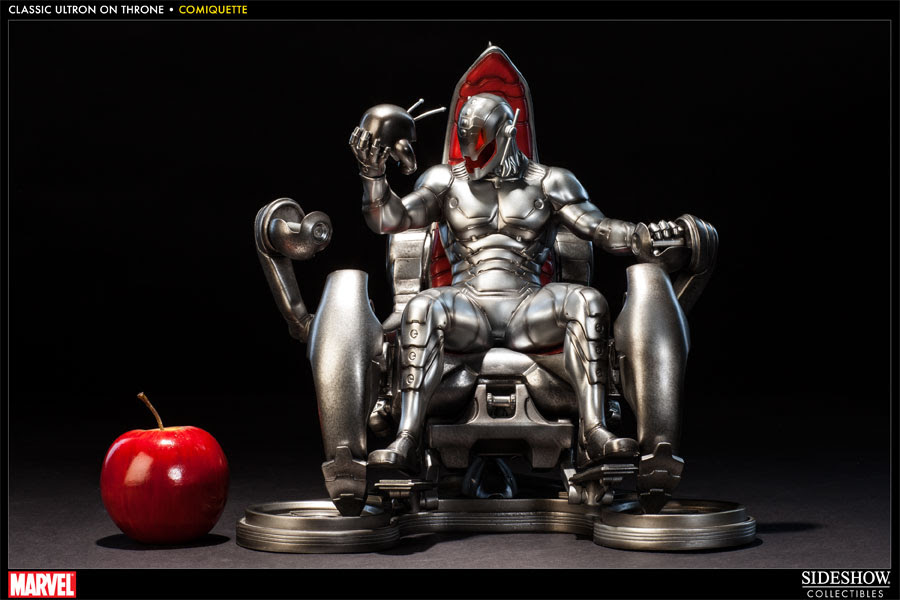 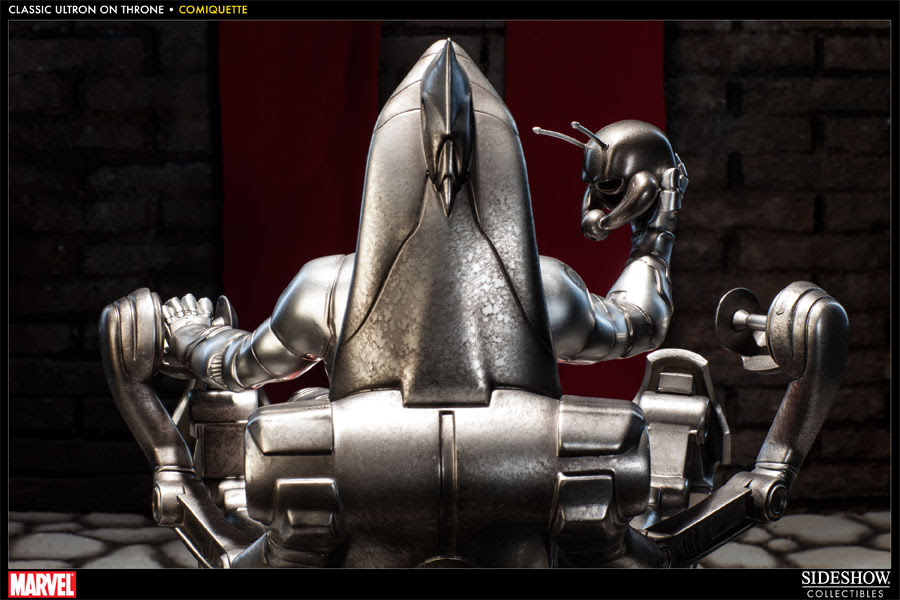 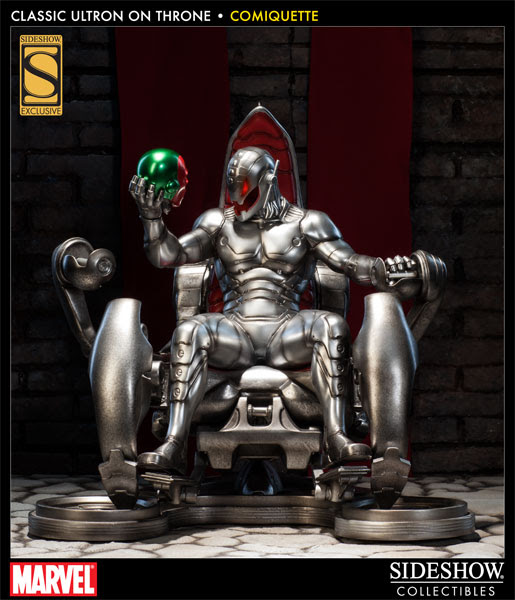 Sideshow Collectables also makes this standing version of Ultron.  Which is also very impressive.  I still like the overall thematic quality of the one sitting on the throne better.  This one might be a little more dramatic though. 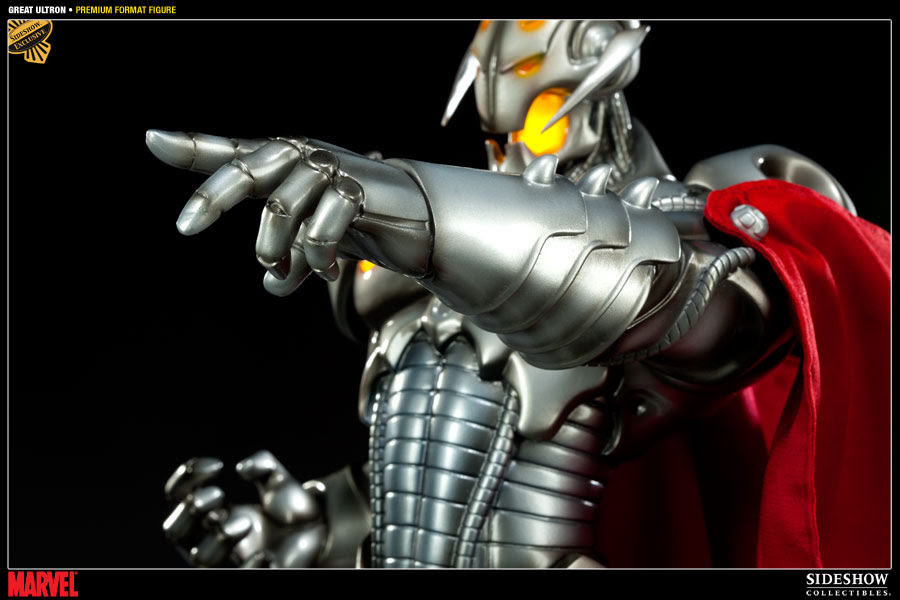 Related Posts:
Who is Ultron?
All Avengers Movie news and speculation