In the closing minutes of the Flash episode "Love is in the Air" some maintenance workers are walking around in the sewers.  A place where every comic book fan knows that nothing good ever happens.  They come across a Gorilla who seems to be working on writing his name "Grodd".  Lets just say the Gorilla is none to happy about the interlopers.  I bet they wish they had brought some bananas!

Wow so excited to see Grodd.  He was all CGI but looked real to me in the shadowy scene he appears.

What did you think? 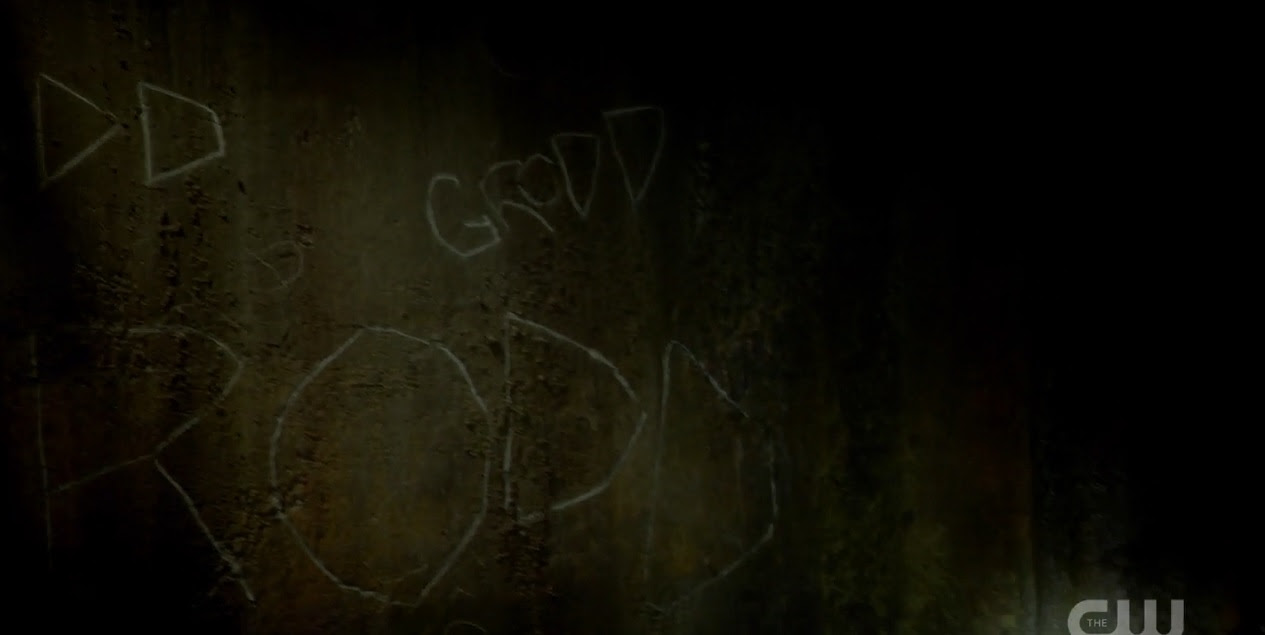 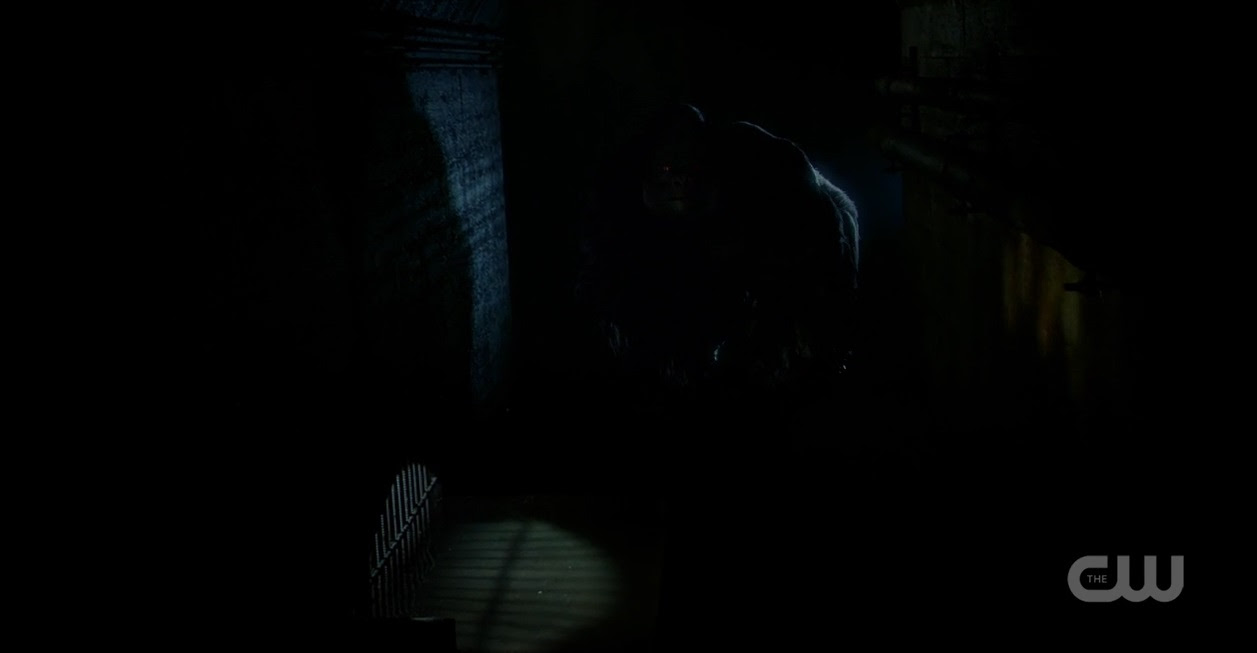 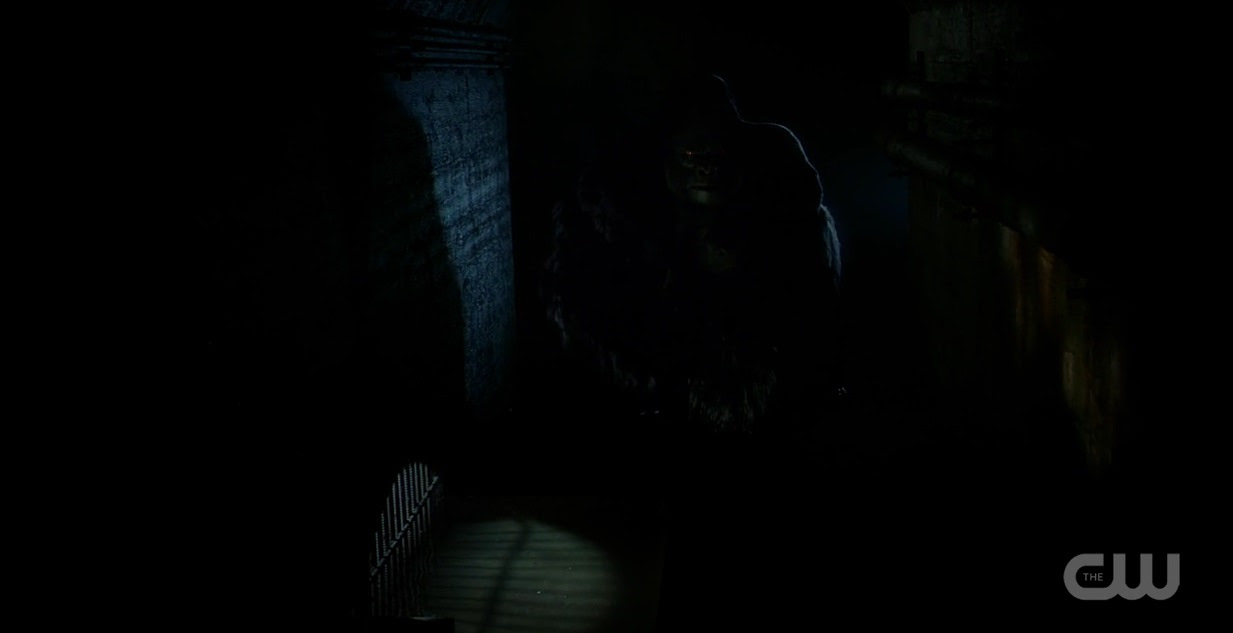 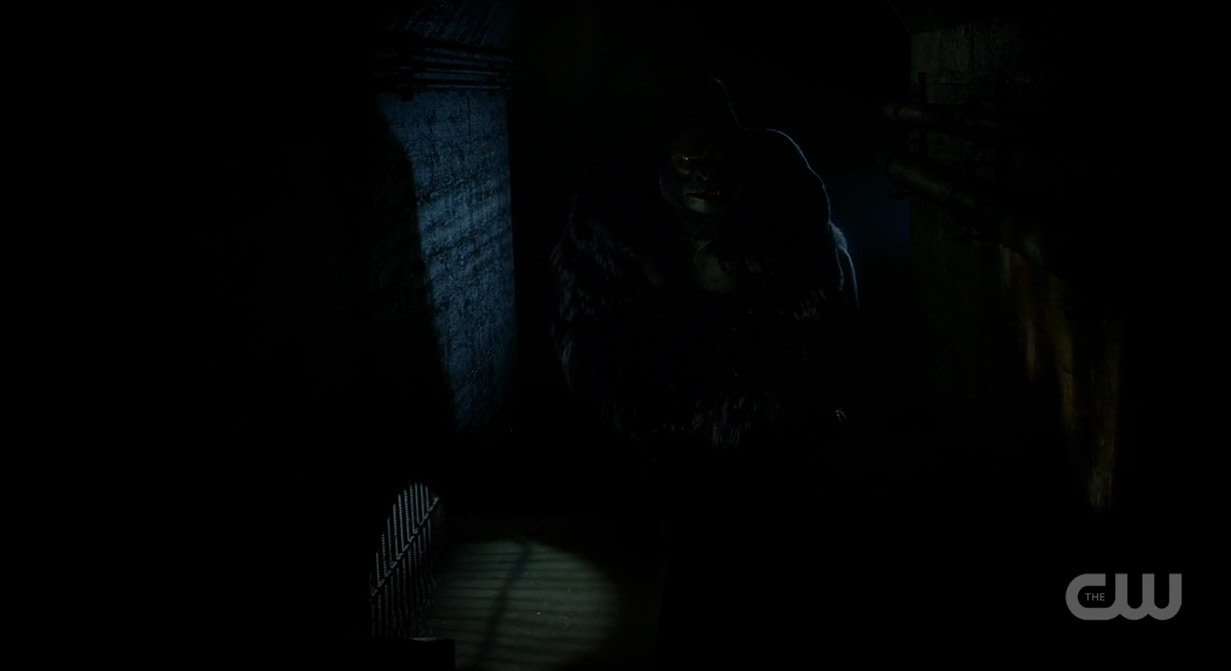 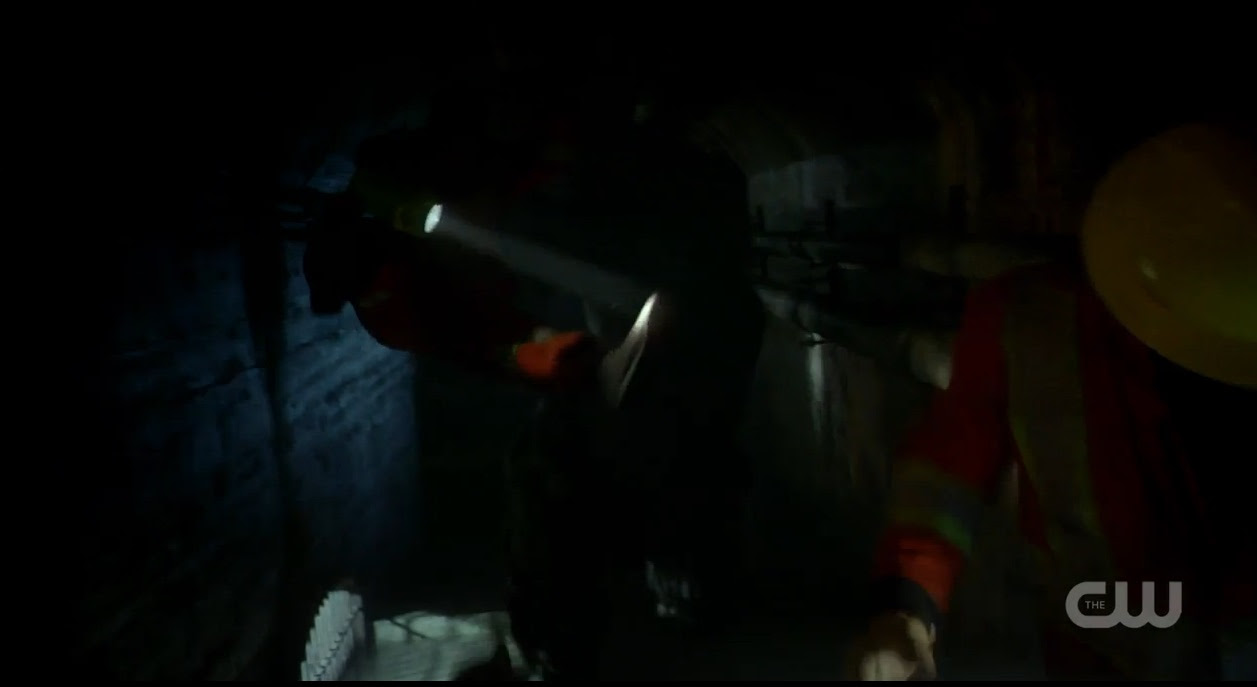 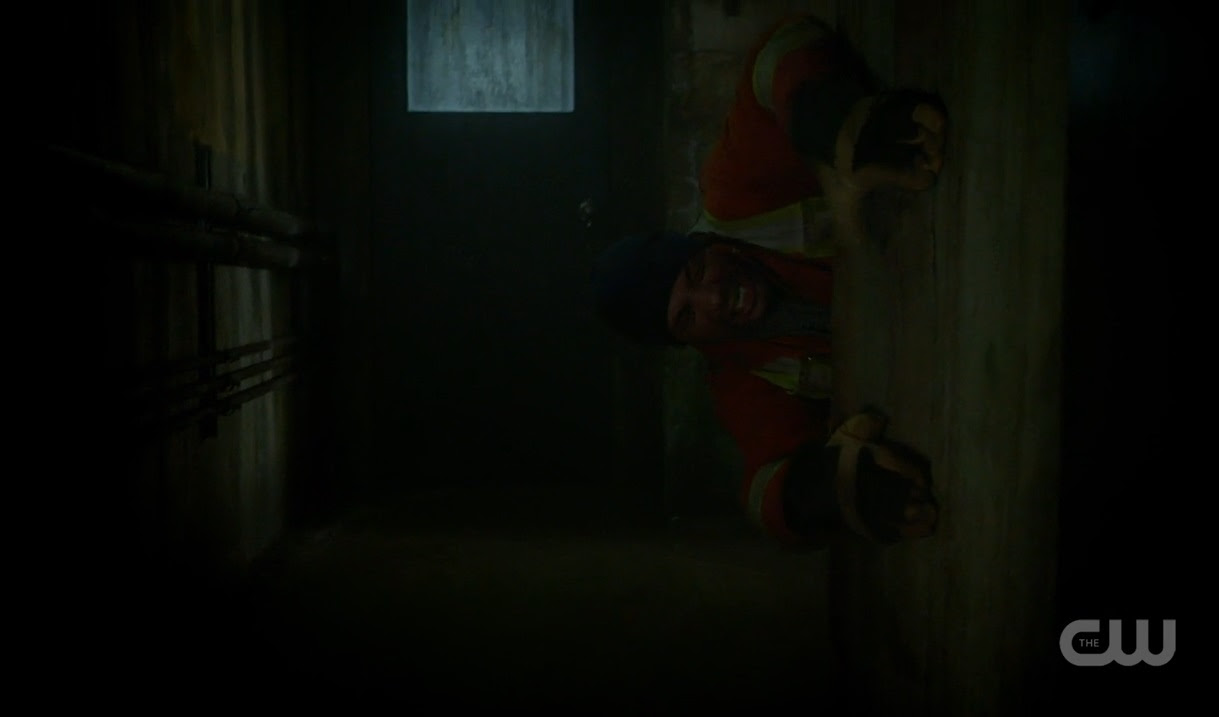 LOVE IS IN THE AIR — Caitlin (Danielle Panabaker) decides that she and Barry (Grant Gustin) need to move on from Ronnie (guest star Robbie Amell) and Iris (Candice Patton) and find new loves so she takes him for a night out at the local karaoke bar. Caitlin doesn’t have any luck making a love connection but Barry meets Linda Park (guest star Malese Jow), a sports reporter for the Central City Picture News, and asks her out on a date. When Barry tells Iris he has a date, Iris is surprised by her reaction. Meanwhile, Cisco (Carlos Ramon) considers Hartley’s (guest star Andy Mientus) dangerous offer and the team searches for Shawna (guest star Britne Oldford), a meta-human with teleportation powers, who just busted her boyfriend Clay (guest star Micah Parker) out of Iron Heights. When Henry (guest star John Wesley Shipps) snoops around in an attempt to help Joe (Jesse L. Martin) and Barry solve the crime, he ends up in the infirmary after getting roughed up by inmates. Rob Hardy directed the episode written by Aaron Helbing & Todd Helbing (#112).