Doctor Strange destroying the Justice League:
In a recent New Avengers the Illuminati/Avengers must take on a Marvel version of DC's Justice League called the Great Society.

The two groups battle because their worlds are ready to collide into each other and only one of the two Earth's can survive.

Things look very bleak for the Marvel team as Beast and Mister Fantastic are knocked out instantly. Sun God their version of Super Man takes down the Hulk.  However, a very powerful Doctor Strange who has sold his soul to gain more power steps in and quickly turns the tide.


Rider/Batman and Black Panther are fairly even match 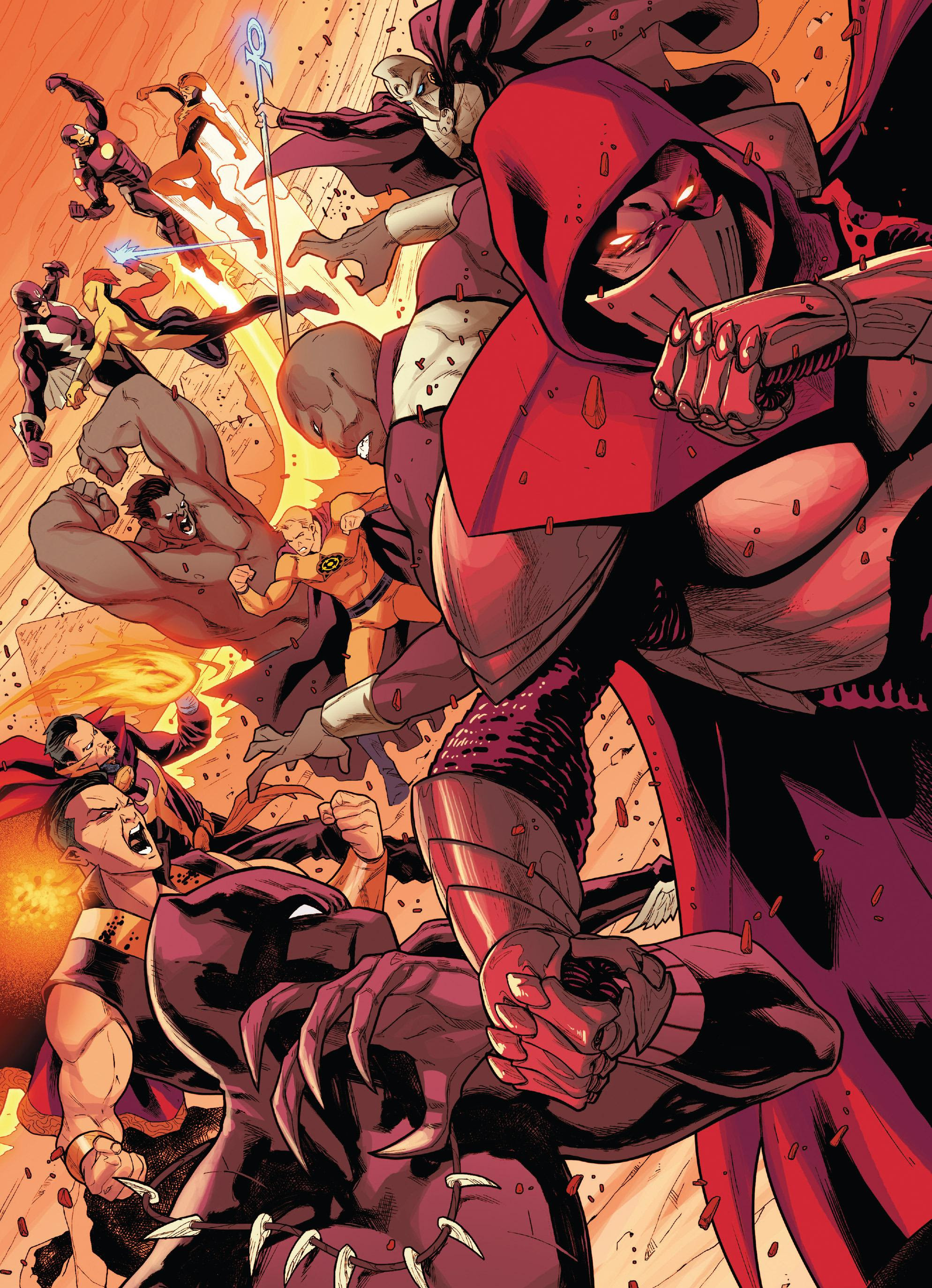 Sungod / Superman then takes down the Hulk

Then Doctor Strange goes to work with his new powers.  He easily mops the floor with the Great Society's magic user revealing him to be a fraud. 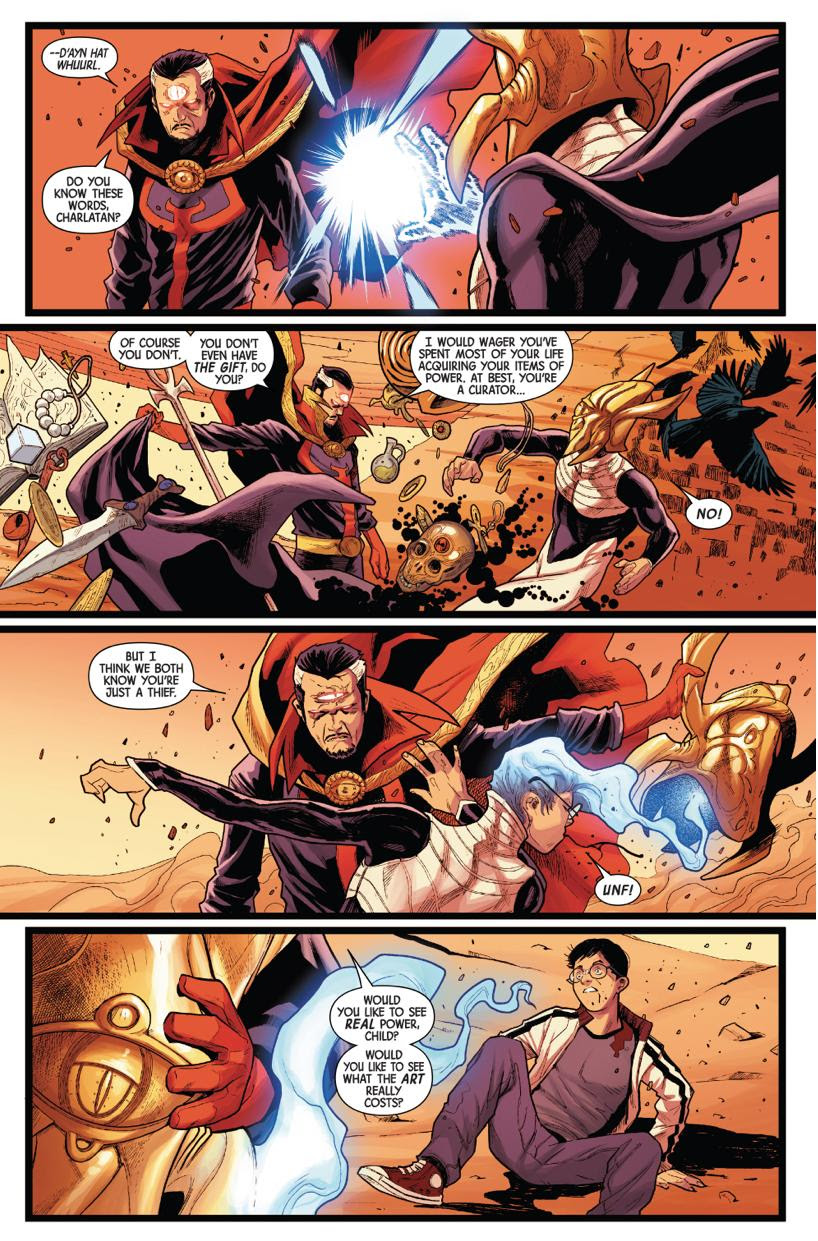 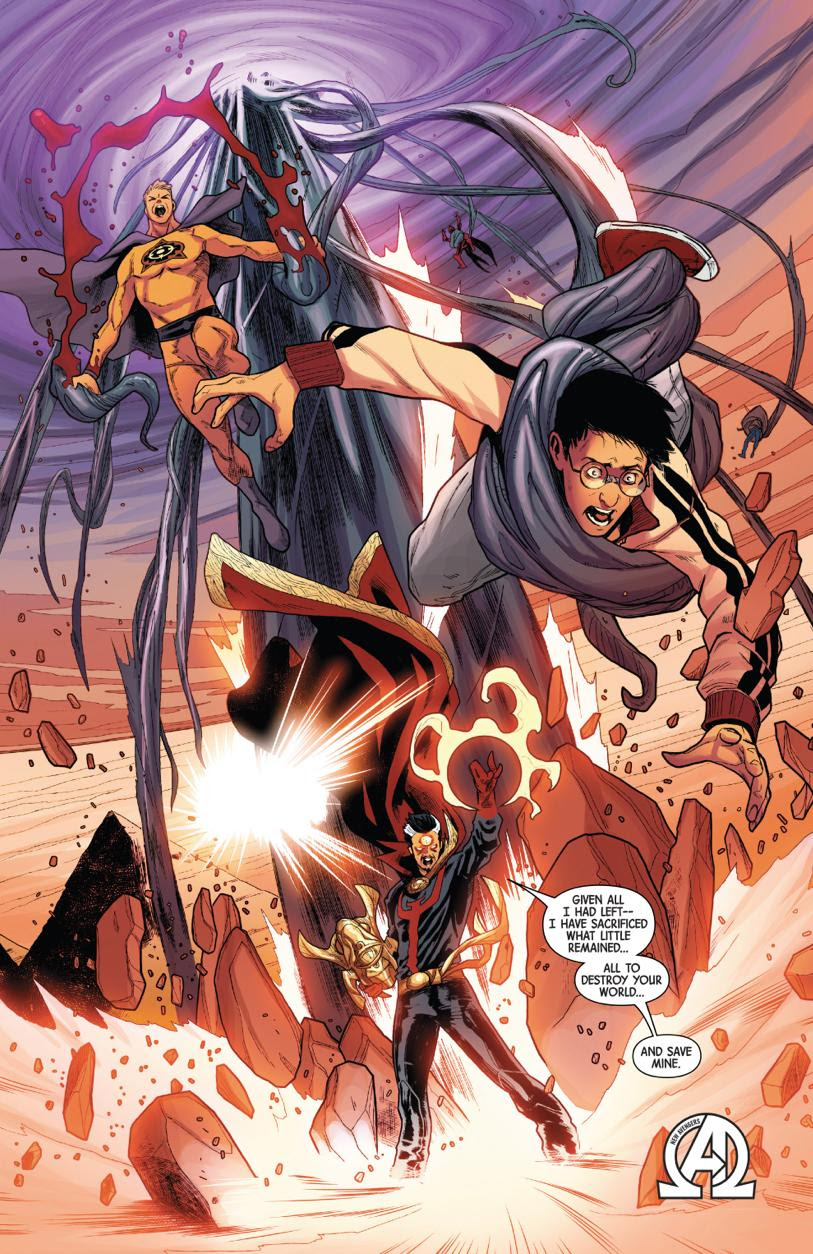