Pictures and of Analysis from the first Fantastic Four (2015) trailer

The first trailer for the Fantastic Four (2015) is here and it provided some interesting images and also generated some questions.

A few things that struck me about the trailer..

Dark Tone:
The first thing that strikes you as you watch the trailer is that its tone is very dark.  The trailer is narrated by crackly, arrogant, and sinister voice that I can only assume is the movies version of Doctor Doom.  The visuals are muted and use dark colors.  As far as I can tell not a single person smiles in the whole trailer, they all look serious, and worried.

This is a stark contrast between the last two movies F4 which basically showed the Human Torch flying around saying whooo hooooo!

We don't see very much of the characters using their powers and when we do it appears to be terrifying.  These powers are not causing them to go whoo hoooo but Ooooo Nooo.  The first film F4 film had the Thing struggling with his monstrous appearance but in this film it seems all of the members are going to struggle.

The Ultimate Origin:
It also seems like the origin is going to be based off the Ultimate Fantastic Four as oppose to the traditional.  In this version the group gains their powers through a teleportation project instead of a rocket to Mars.

Villain:
There are rumors and pictures of Doctor Doom from the film so everyone assumes he will appear in some capacity.  What is not clear is whether or not he will be the main antagonist.  No villain is shown in the trailer.  One interesting clip has the Fantastic Four members walking up to a pillar of light.  The landscape looks alien and I am guessing this is a version of the Negative Zone.  What is this light?  Could it be a different antagonist like Galactus or the Skrulls?  It is possible.

Miles Teller looks pretty nerdy as Reed Richards.  He is also going to be much younger looking than his predecessors. 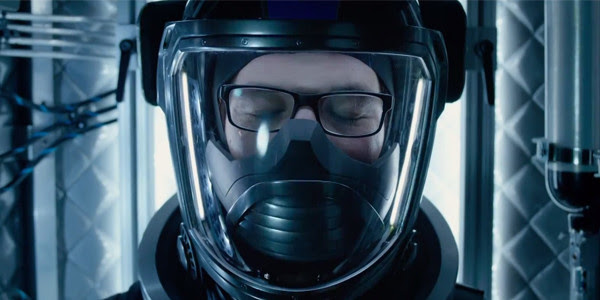 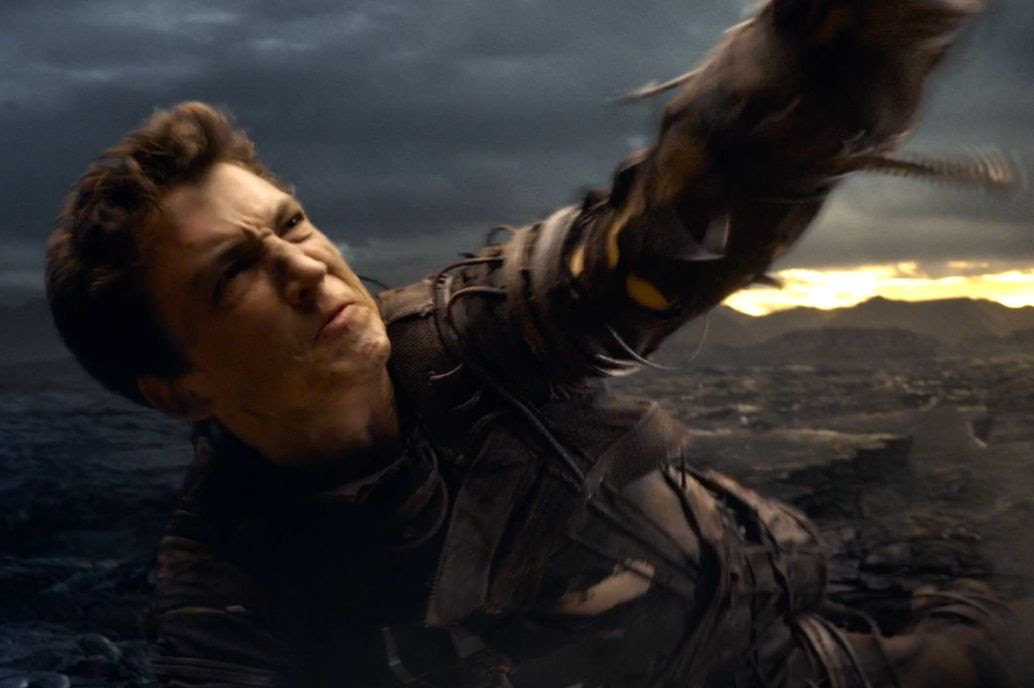 Kate Mara is beautiful but she is very different that the otherworldly blonde bombshell appearance of Jessica Alba.  Albas eyes were super blue, and her hair was bright blonde, and by contrast Kate Mara looks very natural.  Her hair is darker with wisps of blonde, her eyes are a natural shade of brown.  I think overall this lends itself to a much more serious tone. 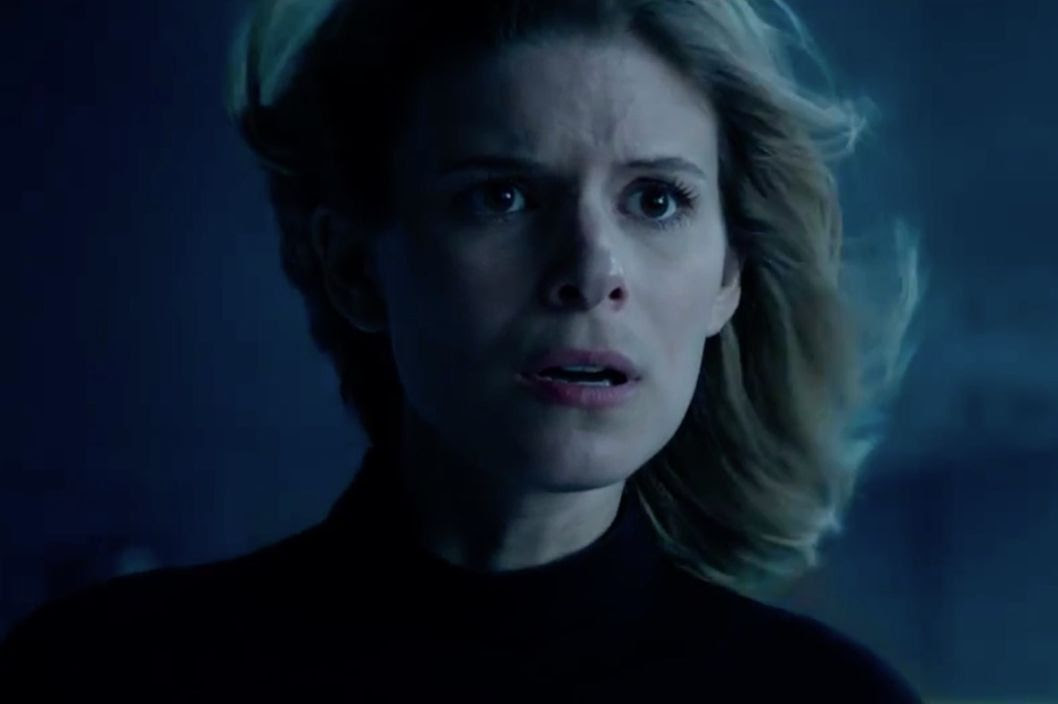 Here we see a brief image of the Invisible Woman and Human Torch powers on display:

What is really striking with the Thing is the scene where it appears his body is changing or being hobbled together out of stone and Earth.  The Thing in that scene truly looks monstrous.

Michael B Jordan
I tend to think of both Michael B Jordan and the character he is playing Johnny Storm of being Happy and upbeat. In all of the clips of him in the trailer he looks worried and serious.

The brief scene we see of him with his powers "ignited" he is in a dark hall way with many bodies strewn about.  Could he have inadvertently killed people with his powers?  Once again this version of the Human Torch is overwhelming serious compared to the prior Chris Evans version.


Teleportation machine - Here is the machine that seems to be involved with giving them their powers.

Here is the final clip that shows the giant pillar of light across the alien landscape.  What the heck is it.

Also notice that the thing appears to be nude?  They do not appear to really have uniforms perse. I still want to see more, an official clip of Doctor Doom would be cool!
What do you think about this darker Fantastic Four?  A lot of this caught me off guard.   The film certainly has my attention now.