Who is Yellow Jacket? 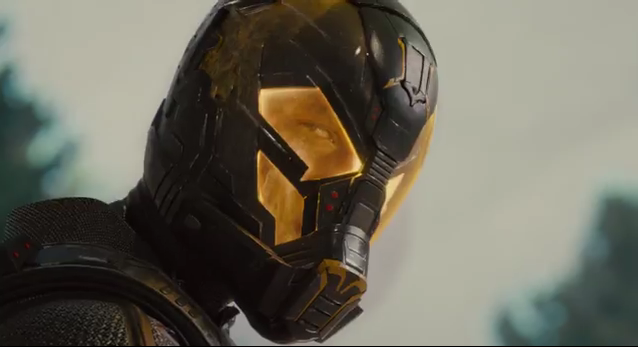 Who is Yellow Jacket?

Yellow Jacket is the villain of the upcoming Marvel feature film Ant-Man.  The Marvel comics do not have exact version of the character that will appear on screen.

The period where Hank uses the Yellow Jacket persona is generally the period where he begins to mentally crumble, he gets married (under bizarre circumstances), grows increasingly depressed and begins abusing his wife and is later kicked out of the Avengers and divorced.

Rita DeMara is a small time criminal when she manages to steal Hank Pym's old Yellow Jacket suit.  She is captured by Janet Van Dyne the Wasp.  When DeMara used the suit to shrink in size she was not mentally prepared for the mass change and she became distraught making her capture by Janet an easy task.

She later escapes with a group of other Super Villains and joins the Masters of Evil under the control of Baron Zemo.  In this group she masters use of the suit.  She eventually turns over a new leaf and briefly serves on the Avengers before joining the future version of the Guardians of the Galaxy.

Yellow Jacket - Other Versions:
The Yellow Jacket persona has been used by Skrull Imposter and also by Ultron in the Ultimates Universe.


Powers:
Mass change to being super small but gaining or keeping the strength level of a normal person.

The Ant-Man Movie of Yellow Jacket is rumored to be a protege of Hank Pym who has begun to build his own version of Pym's suit.  While his suit does work, it also has the effect of the making the user mentally unstable.  Pym recruits Scott Lang and a gang of his prison buddies to steal the Yellow Jacket suit.