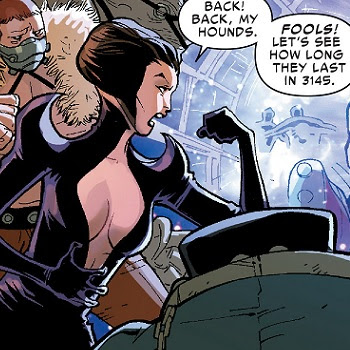 Who is Verna?
Verna is one powerful members of the Inheritor family who hunt down and eat the life essence of of other living beings.  Verna and her family are Spider-Man villains.

Location: Like the rest of the Inheritors she seems to be from Loomworld (Universe 001)

Quotes:
"I am Verna of the Inheritors and I will feast on your bones!"
"Fools Let's see how long they last in 3145."

Bio:
Not much is known about Verna other than she is part of the Inheritor family and often uses Hounds other super-powered beings to hunt down and kill her prey.  She does not seem to like getting her hands dirty.  The hounds seem to come from 001 however she once used multiple Vulture hounds which means that they must have been taken from multiple different dimensions.

She set out with her family to exterminate all of the Spider based totems in the multiverse by using Master Wearver as the means of traveling through dimensions.  The Inheritors sought to do a special ritual to kill all Spider totems forever by using three special totems known as the Other, The Bride and the Scion.  A group of Spider totems from across of the multiverse opposed the Inheritors joining into the Spider-Army.  The Spider-Army attacked Loomworld in an attempt to stop the ritual.

In the end the Spider-Army was victorious and the surviving Inheritors were trapped in fall out shelter tower called Sims Tower in a universe where Earth is a radioactive wasteland.  Radiation being highly poisonous to them they were effectively left trapped.


Powers and Skills:
Verna is extremely fast, strong, and durable like the rest of the inheritors.

Hounds:
Verna seems to prefer using her hounds who are super-powered beings reduced to becoming her personal attack dogs.  For hounds she has shown to have groups of Vultures, Kravens, Pumas and Silver Sables at her disposal. 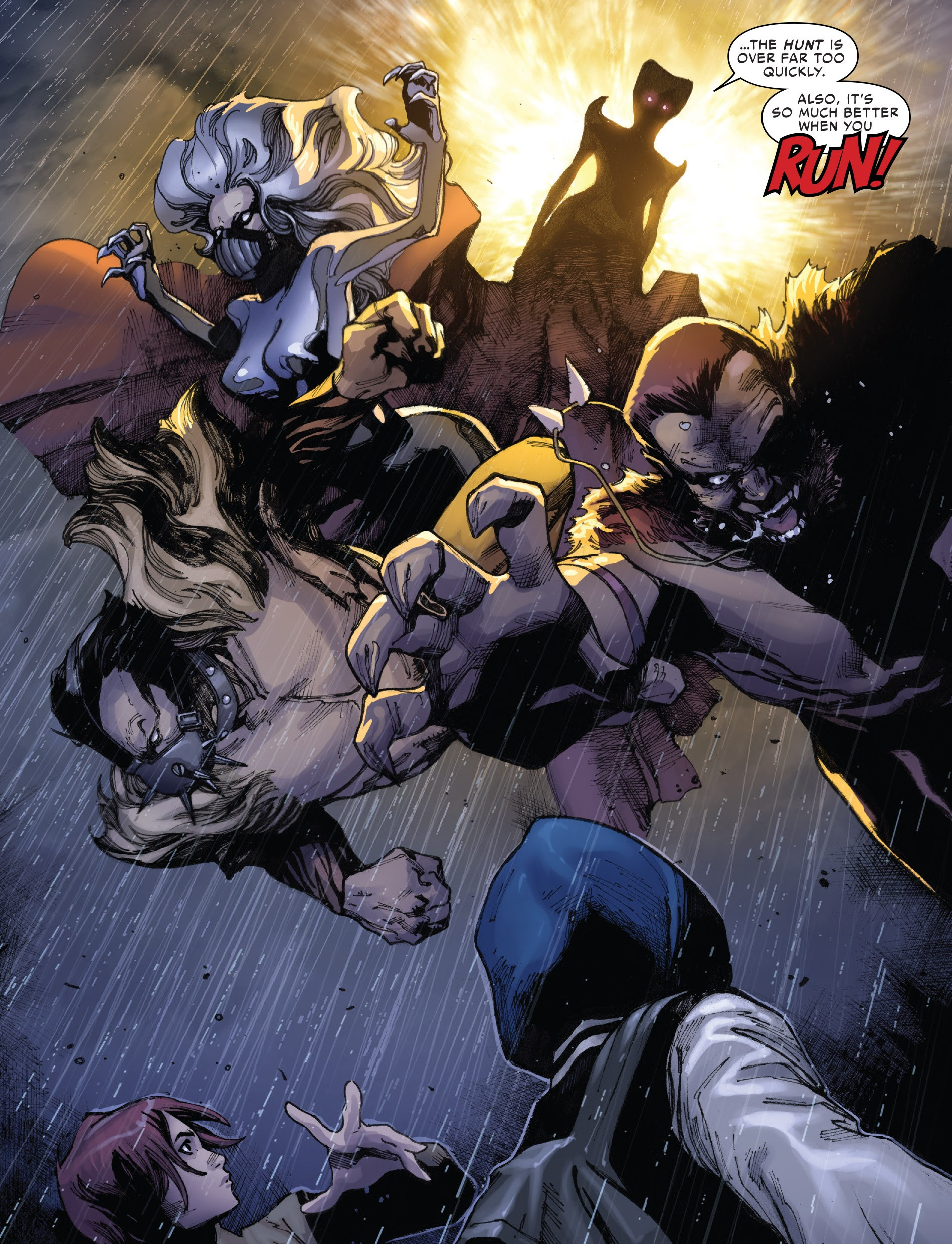