Who is Scott "Spot" from iZombie?


Who is Scott "Spot" from iZombie?

Scott who goes by the name of "Spot" is a character in the comic series "I, Zombie".  Scott becomes one of the close friends of the main character Gwen Dylan after she becomes a zombie.   Not a normal human himself the two form a close friendship and he helps her solve crimes.

Scott is called a Were-Terrier which is like a Were-Wolf but more subdued than the giant monstrous wolf version of lore.  Similar, to a were wolf, Scott becomes a half human and half terrier under the light of a full moon.  He knows many of the supernatural characters in the town of Eugene, Oregon. 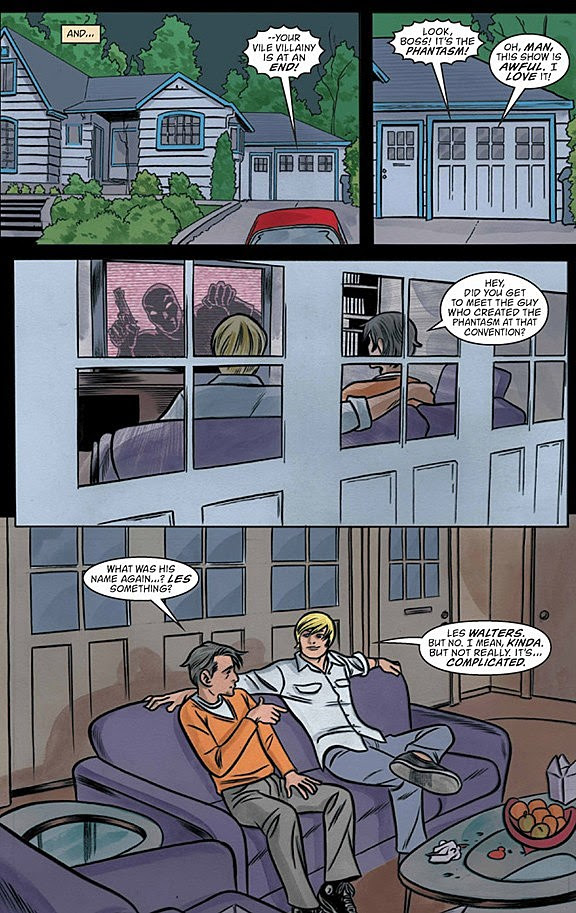 Scott becomes close friends with Gwen.  They form a supernatural scoobie squad of sorts.   Scott also has a lot of friends in Eugene's supernatural community.

During the course of the comic series Scott begins to have a sexual revelation that he is gay.  He begins dating the openly gay brother of Gwen, Gavin.  Gavin proves more complicated than he initially appears due to his connection to the mysterious Phantasm.

Powers:
Scott has a variety of heightened senses, particularly smell from being a Were-Terrier.

Email ThisBlogThis!Share to TwitterShare to FacebookShare to Pinterest
Labels: Cast, friends, Gwen's freinds, I, Izombie, Scott "Spot", show, Terrier, TV, Vertigo, Were, Were-Terrier, Who, Who are, who is Scott, Who is spot, Who is spot Izombie, Zombie