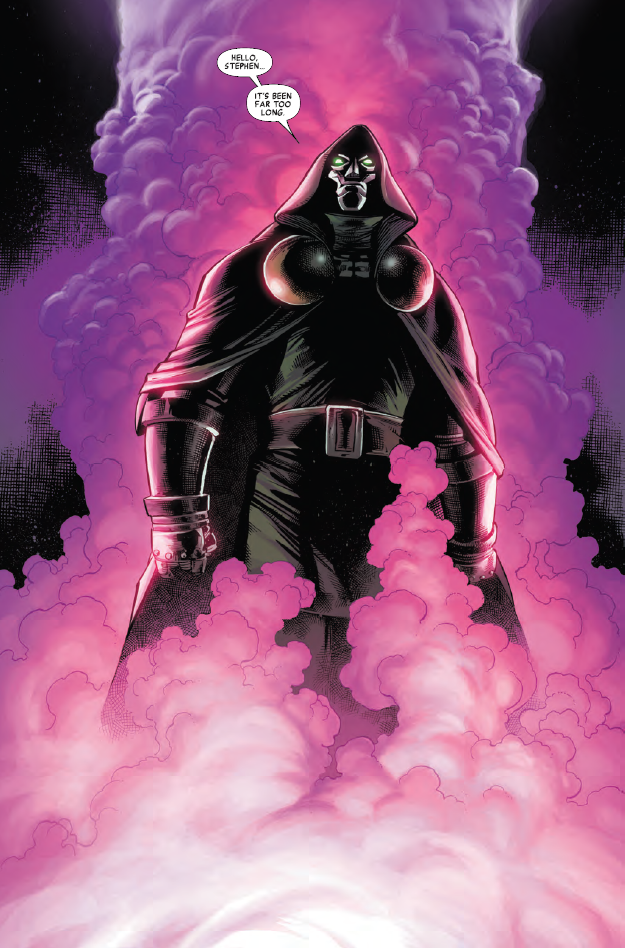 The True identity of Rabum Alal has now been revealed!  Go to the bottom of the page to find out.

Rabum Alal is a yet unseen character / entity that is rumored to have started the contraction of the multi-verse that is leading to the incursions that are destroying worlds.  The incursions will lead to the collapse of all worlds and bring about the event Secret Wars.

Rabum Alal is revered by the group / people the Black Swans.  They go out into the multi-verse and destroy Earths as sacrifices for Rabum Alal.  Supposedly one earth being destroyed will at least temporarily save 2 other Earths.  However, the Black Swans describe the process of the incursions as the great wheel a never ending cycle so no Earth is ever completely safe.

Rabum Alal seems to be in competition with some other groups involved in the Game of Worlds like the Black Priests, Map Builders and Ivory Kings.

After Doctor Strange became a member of the Black Priests he said that Rabum Alal and the Ivory Kings are in a competition to destroy the multi-verse.

Rabum Alal is revealed to be a future version of Doctor Doom, who after learning about the incursions and the map makers traveled back in time with the all powerful Molecule Man.  Somewhere during this journey Doctor Doom created a defacto religion with the Black Swans a people that worship him.  The Black Swans then spread throughout the multiverse looking for worlds to be sacrificed in his name.  Black Swan claimed that incursions began at the birth of Rabum Alal.  It is unknown whether she referred to the actual birth of Doctor Doom or when he transitioned from Doctor Doom to Rabum Alal.

Doctor Strange meets with Rabum Alal and realizes it is Doctor Doom.  He finds that Doctor Doom and the Molecule Man are actually trying to save the universe from the Ivory Kings who are in fact the Beyonders.   They destroy the Beyonders with the a bomb created from many different worlds version of the Molecule Man.   This bomb kills the Beyonders and releases their power.  Doctor Strange and Doctor Doom plan to absorb this power and use it to create a new world, that will effectively save existence.  However, as the power comes crashing in Doctor Strange wilts, and asks Doom to absorb the power.  Doom does making himself into a Omnipotent (All powerful), but not Omnicient (All knowing) version of God.

Due to his lack of all knowledge Doom creates various groups in his new Battleworld meant to seek out and destroy threats to his power and to Battleworld itself.   One of the first faillures of these groups is the sanctuary vessel loaded with Members of the Cabal and the villainous Mister Fantastic from the Ultimates Universe.   This group seems to be emerging as the main threat to battleworld in Secret Wars.

Thanos in the Secret Wars has now reached the large barrier called the SHIELD that blocks off the big nasties of the world (zombies, monsters and Ultrons) from the rest of the world.  If he unleashes them the entire world can crumble.  This begs the question who is the bad guy?  Thanos bent on destroying the world, or Doom bent on controlling it. 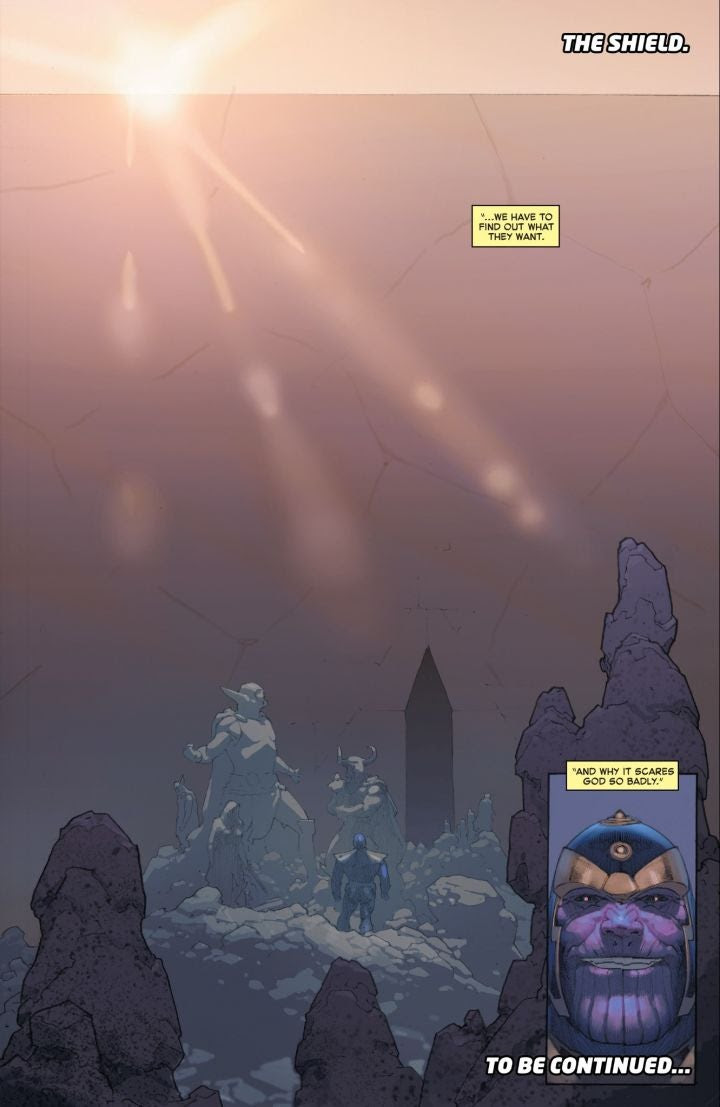 Power:
Has the power to destroy universes

True Identity?
Most of what is known about Rabum Alal comes from ones of his followers, Black Swan.  It is not clear if what she has said about him is accurate.

The Identity of the Rabum Alal is revealed in New Avengers #31. 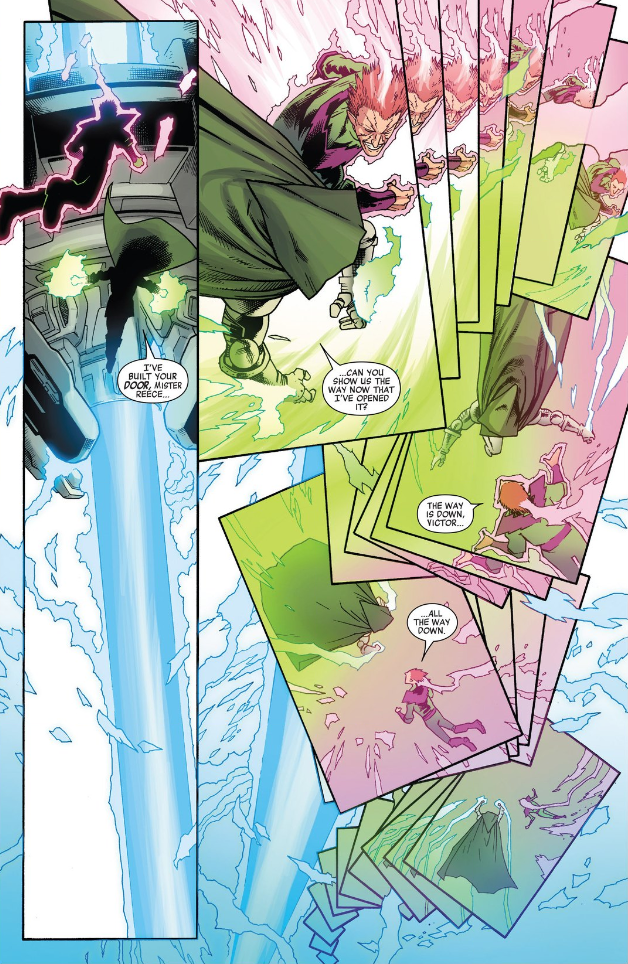 In New Avengers #6  Mapmakers who attack and strip mine worlds to remove them to save the universes from Incursions attack Latveria.  Doom manages to keep a Mapmaker beacon and has the tinkerer begin studying the device.

In New Avengers #24  Namor comes to ask Doctor Doom to help destroy worlds as part of his replacement for the Cabal group.  This is the first time Doom learns of the Incursions and need to destroy worlds.  He begins to harness this new information along with what he learned from the Mapmaker beacon to create a new plan.

In New Avengers #29 Doctor Doom and Molecule Man begin to carry out Doom's mysterious plan and travel through the multiverse.

In New Avengers #31 Doctor Doom is revealed to have become Rabum Alal the Destroyer of Worlds during the journey set through the multiverse with the Molecule Man. 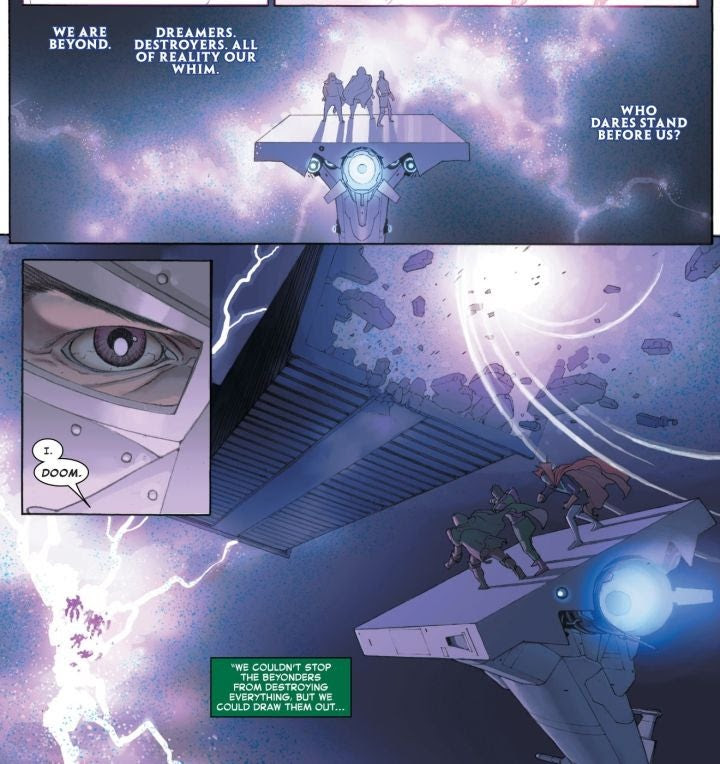 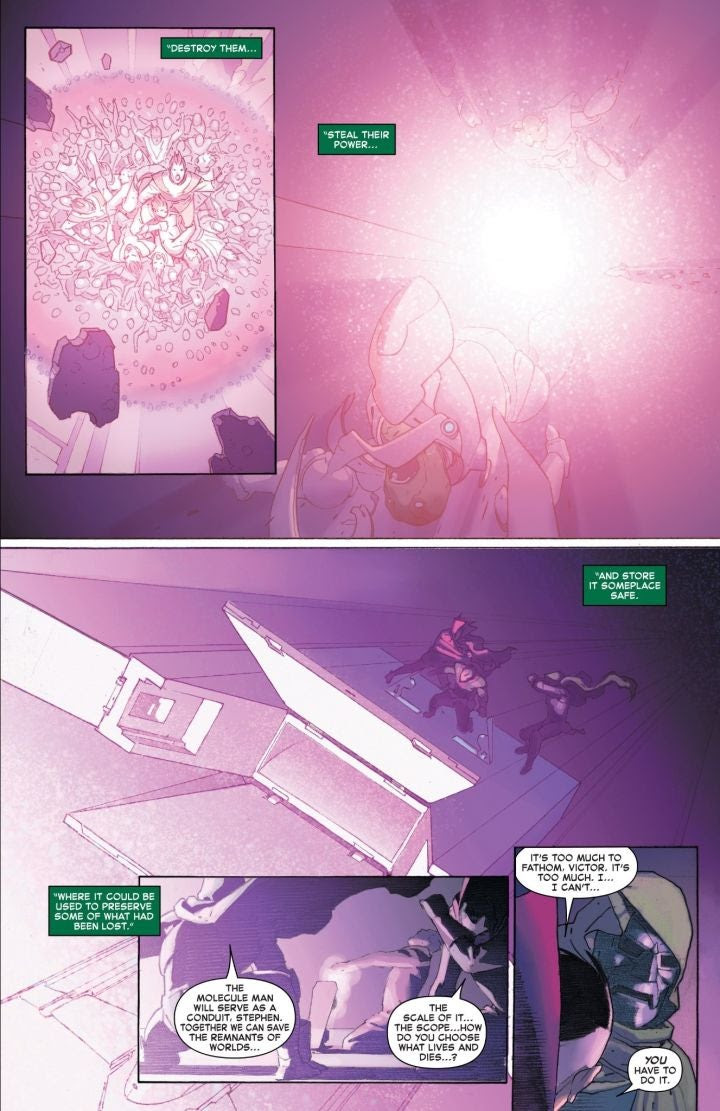 Email ThisBlogThis!Share to TwitterShare to FacebookShare to Pinterest
Labels: Beyonder, Black Swan, Black Swans, Incursions, Marvel, multiverse, Rabum Alal, Secret Wars, Who, Who is, Who is Rabum Alal, why