Who is Peggy Carter? 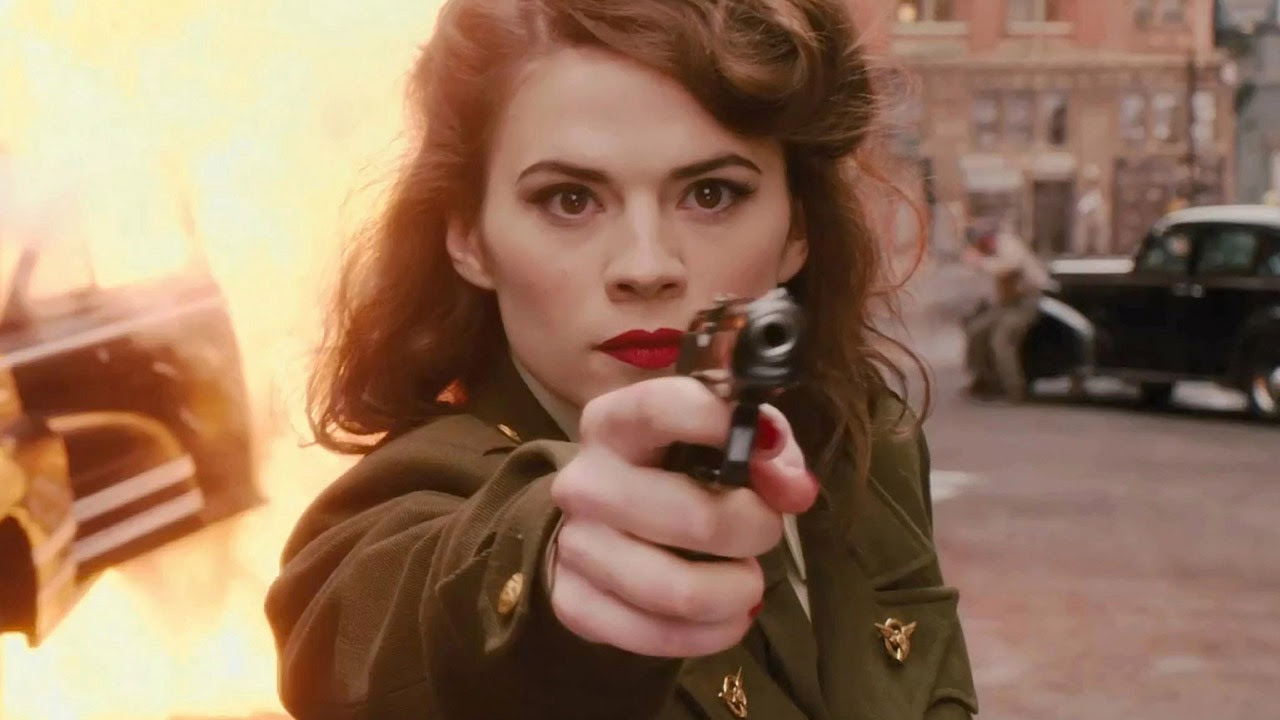 Who is Peggy Carter?

Haley Atwell went to the Marvel offices and met with Marvel president Louis D'Esposito.  She also mentioned wanted to return as Peggy Carter particulary in a film.  I think she could appear again either in Captain Marvel or Agents of SHIELD due to the Kree Skrull war events.

Bio Comics:
Peggy Carter is a member of the French resistance and a skilled gunman.  She goes on various missions with Steve Rogers (Captain America).  The two have a brief romance that is cut short when she suffers amnesia from an explosion.  She does not become a SHIELD agent until after Captain America reemerges from Antarctica many years later.  Eventually, she goes to a retirement home and passes away, breaking one of Steve's last links with his own time.

Bio Cinema:
Peggy Carter is an agent of the S.S.R. (Strategic Scientific Reserve) a group that is a predecessor of SHIELD.   She rescues the scientist Abraham Erksine from the clutches of Hydra and he in turn creates Project Rebirth for the allies.  Project Rebirth was intended to create an army of Super Soldiers for the allies but due to a saboteur results in the creation of only one, Steve Rogers. Peggy had previously befriended Steve and continued to assist him and guide on his path to become the world's first super hero, Captain America.  The two fall in love during World War II.   Peggy greatly mourns the loss of Steve as he seemingly sacrifices himself by crashing a Hydra weapon in the Arctic.
Peggy does not disappear like her comic counterpart but keeps on working.  Working with the SSR and the Howling Commandos she captures a Hydra base and a top  enemy agent, Werner Reinhardt AKA Daniel Whitehall AKA Kraken.  She interrogates Reinhardt about the blue alien corpse as well as the obelisk device.

Peggy then goes on missions in the formative years of SHIELD becoming one of the groups top agents.  She has a mission to infiltrate the Zodiac group (Agent Carter One Shot).  She also is tasked by Howard Stark to uncover who is stealing his technology (Agent Carter - TV series).  There she come into contact with a group called Leviathan and the Russian Black Widow program.

Peggy Carter is played by Actress Haley Atwell who is flat out Amazing.