Who is the Leviathan group? 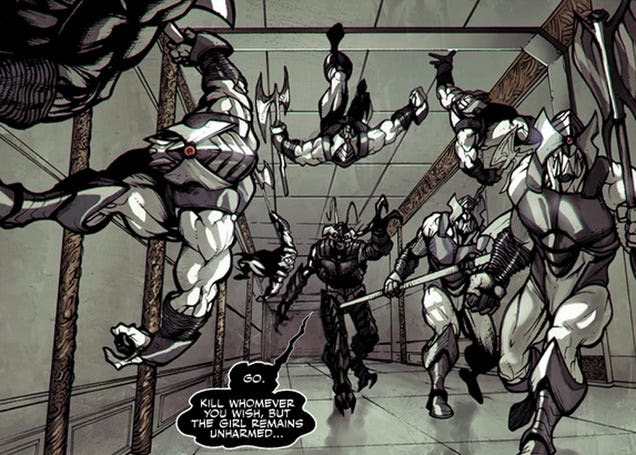 The antagonist of Agent Carter series appears to be an enigmatic organization called Leviathan.  Who and what are they?

There is a Leviathan group that appears during the Dark Reign Marvel stories.  Interestingly, this is around the same time frame as the Secret Warriors comic that has had a major influence on Agents of SHIELD.  The Secret Warriors actually battle the Leviathan Group.  It could be that the Marvel writers still focused on the Secret Warriors stories when they wrote the script for Agent Carter or it could the name could be nothing but a red herring.

Who is this group?  Well they are basically a group like Hydra that came out of Communist Soviet Union as opposed to the Axis powers of WW2.  Initially, Leviathan is part of the Zodiac Wheel which a group of the best spies across the world.  The Zodiac Wheel were united by the leader Leonardo Da Vinci because he offered each of them something that would further their aims.  Orion the leader of Leviathan betrays the group and it quickly splinters into the subgroups of Leviathan, Zodiac Group, SHIELD, and Hydra.

The Leviathan group was pursing Super Soldiers in a partnership with Hydra and the Hand.  They put 100 thousand of their best agents into tanks to await the super human process.  The process was to use technology from the Brood aliens to create super soldiers.  Leviathan betrays their partners Hydra and the Hand.  Not one to take betrayal lightly the Hand and Hydra sabotage Leviathan's super soldier project, which mutates the agents in the tanks.  Instead of becoming perfect super soldiers they become hideous monstrosities

Leviathan reemerges to battle Hydra and Nick Fury's commandos the Secret Warriors.  Nick Fury succeeds in overloading the tanks of Leviathan agents with so much energy that their life span becomes extremely short.  Many of the Leviathan agents quickly die.

Viktor Uvarov AKA Orion is still alive but in charge of a much smaller organization.  He seeks out and captures Nick Fury's son Nick Fury Jr. (An African American like the MCU) in order to drain the infinity formula from his blood.  Nick Fury Jr. is rescued and Orion remains at large.

A couple of other thoughts:


It would not surprise me to see this Leviathan group somehow linked to Inhumans.  Perhaps, they use pursue Inhuman technology or are made up of Inhumans.  Marvel is pushing Inhumans all over the place so this would fit.  That said the show is likely seeking some distance from Agents of SHIELD to ensure they are not treading the same the ground.

Watch out for mentions of these members: The Agent Carter one shot focused on the Zodiac Group, it would not surprise me to see references to the larger umbrella group the Zodiac Wheel from which all of these groups have fallen under at certain points in time.