Karn is one of the evil inheritors that consume the life force of totems (Those with animal based powers).  Karn shames his family at an early age and is forced to wear a mask to hide his face.  He travels the multi-verse hunting down Spider-Totems seeking redemption.  Karn is called out by the mystical Master Weaver as being different than all the other Inheritors.  The Master Weaver says that Karn would rather build than destroy and he takes no pleasure in killing.

Bio:
Karn is a member of the Inheritors a superhuman family who hunts down and eats Totems.  Inherritor

Meeting with Superior Spider-Man
Karn is one of the inheritors trying to hunt down the Superior Spider-Man.  Superior finds himself stuck in the year 2099 and builds a dimensional phase machine that sends him to different dimensions.  As he passes through dimensions he finds that each universe's Spider-Man was just killed by something powerful.   As Superior searches for what is killing the Spider-Totems he eventually comes into contact with Karn.  Superior realizes he can not defeat him alone and he begins traveling through dimensions recruiting a small Spider army to help defeat Karn.   Eventually, he confronts Karn with an energy beam he designed with 2099 technology but it fails to contain or harm Karn.

He has been zapped by an energy field by Superior Spider-Man and stabbed by Spider-Monkey.  He also was stabbed by Ashely Barton, Spider-Girl. 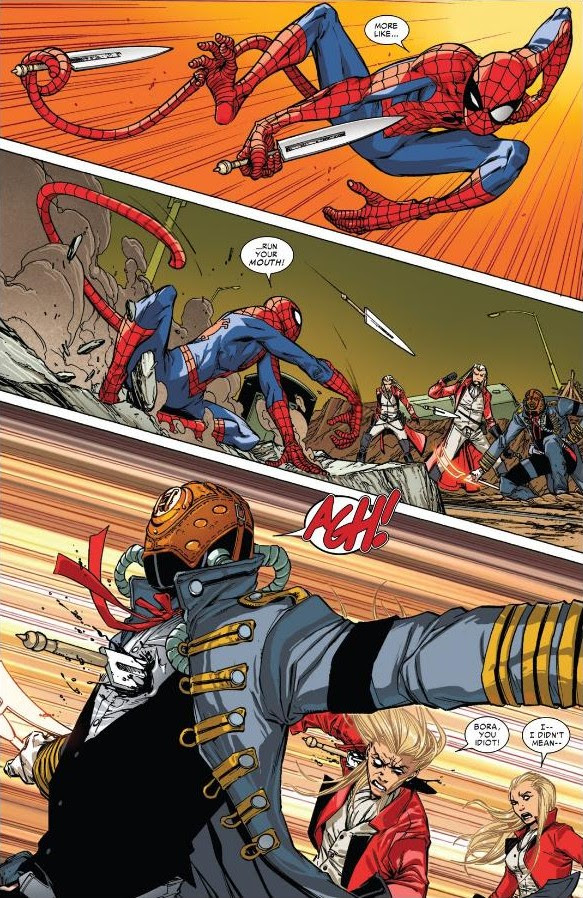 Karn's Mask and Shame
Karn is ostracized from his family and is forced to wear a mask to cover his face.  The reason for this shame is revealed in Superior Spider-Man #33.

His mother ends up being killed due to a delay in him taking a blow to the weaver.  Solus blames Karn for his mother's death. Solus forces Karn to wear a mask and ostracizes him from the rest of the family. 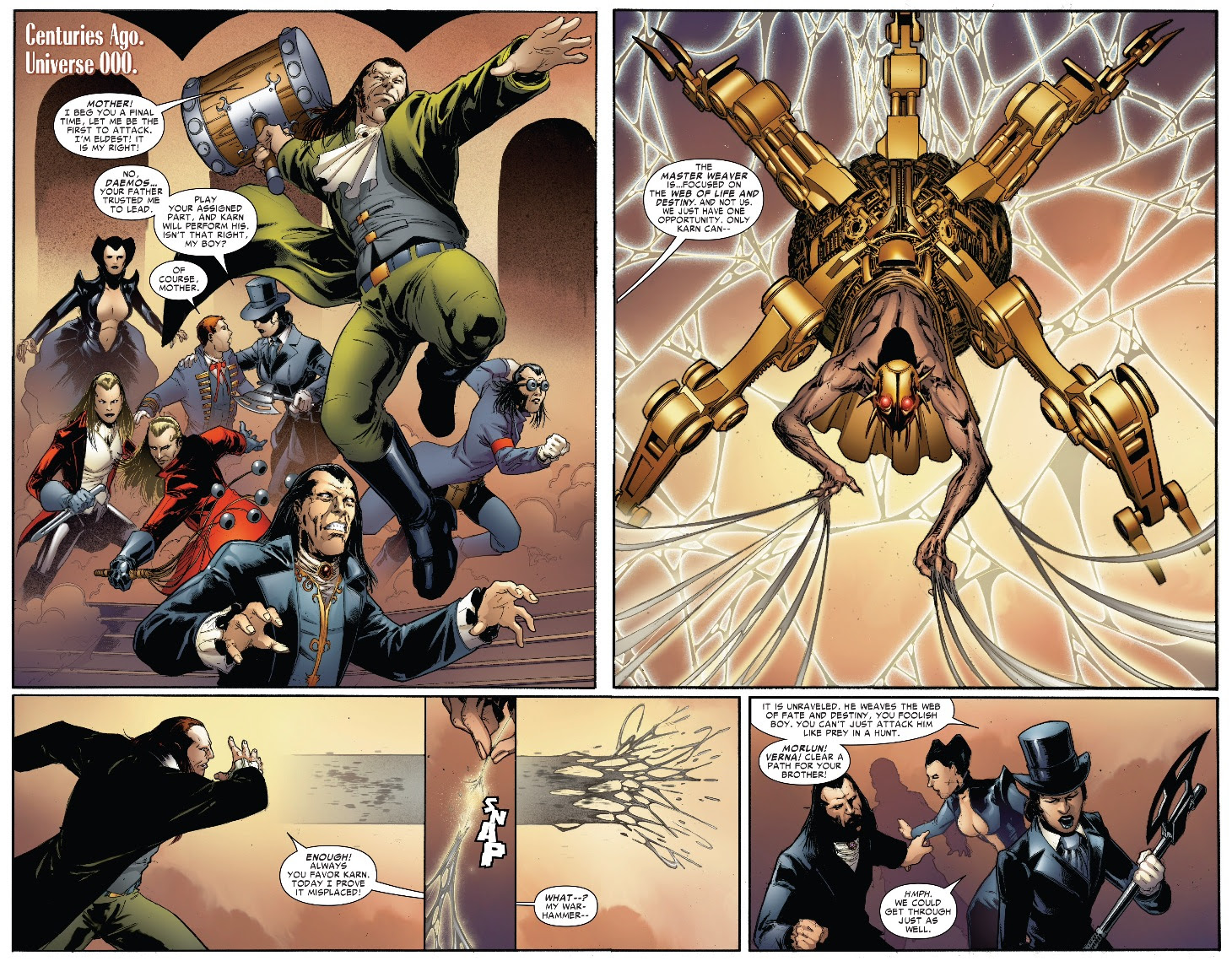 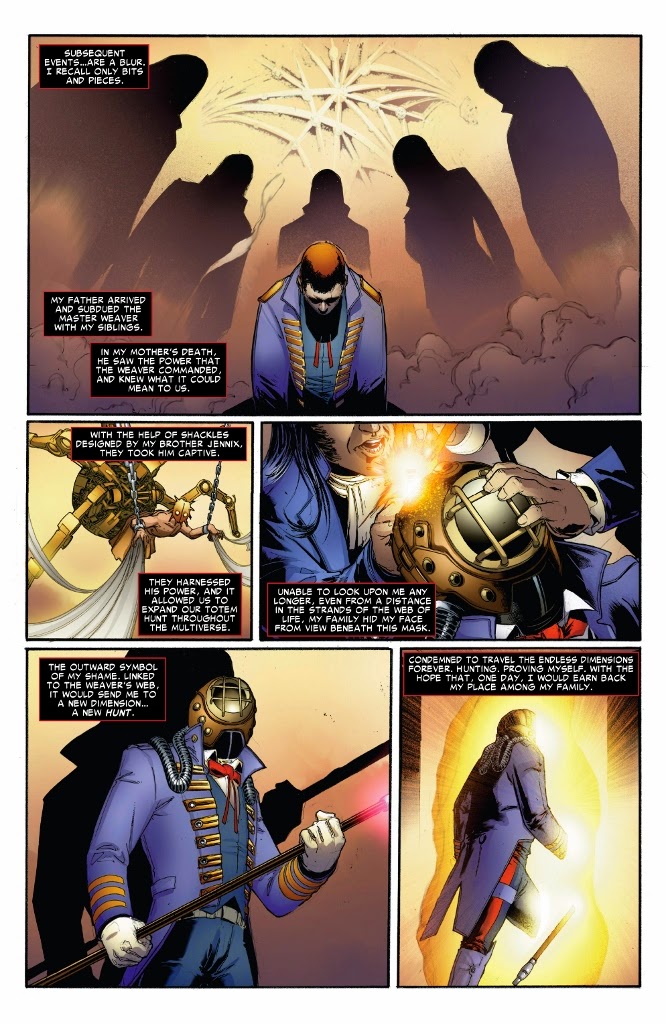 Joining with Spider- Forces:
From the prophetic scrolls provided by the Master Weaver the Spiders learn that Karn in unique in the he does not like and agree with his family.  They also see that reconciliation between him and his family is impossible.  Confronted with this information Karn joins the Spiders against his own family.


Powers and Skills:
Karn is extremely fast, strong, and durable like the rest of the inheritors.  He may be one of the best fighters in the family due to the fact that many of the other Inheritors have been killed multiple times and he has not.

Energy Absorption- Can absorb the energy of living things

True Identity?:
Karn seems to be very important to the Master Weaver.  The Master Weaver calls him out as a special inheritor that does not like killing and would rather build than destroy.