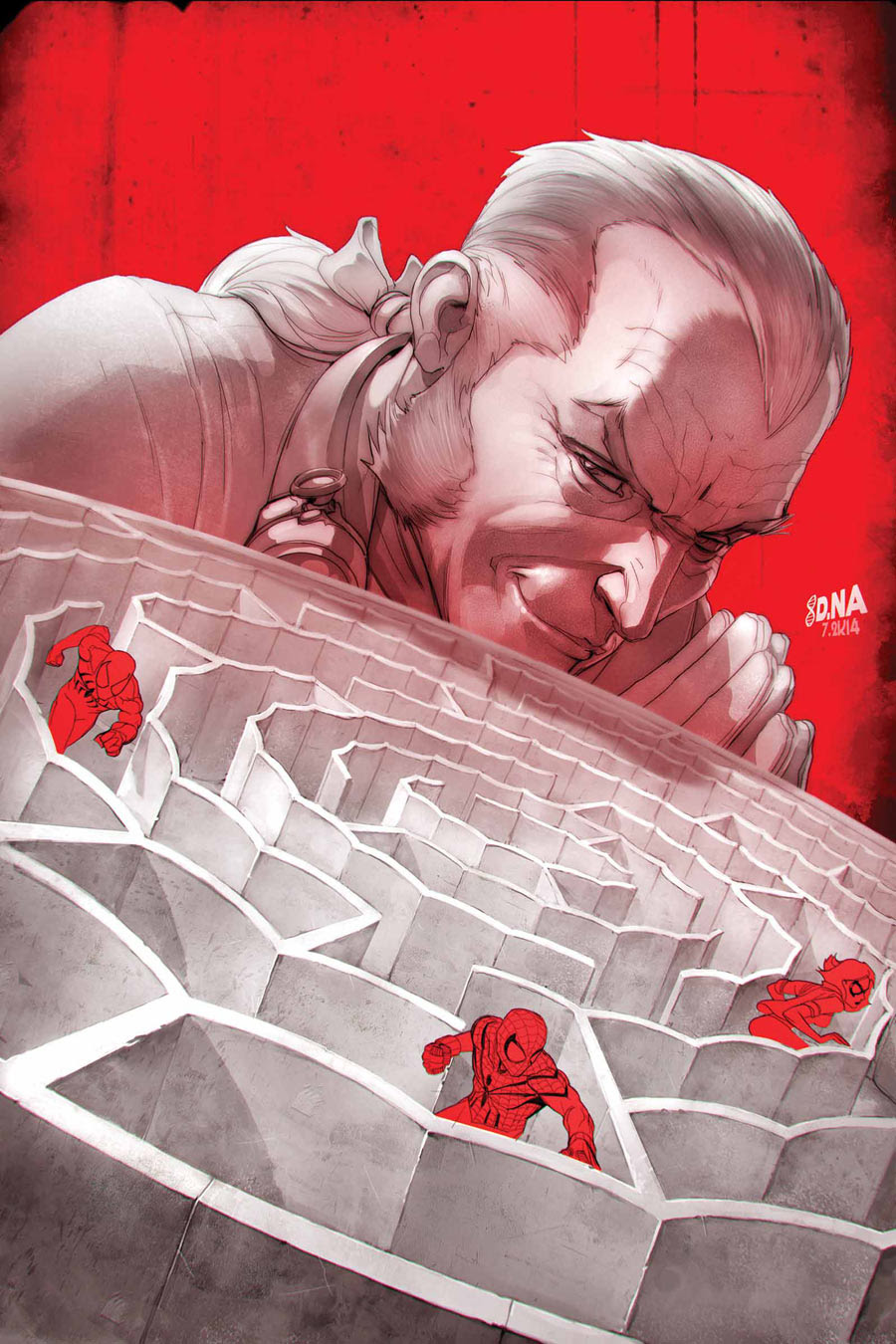 Jennix is part of the Inheritor family that hunts and eats the life force of living things particularly totems.  Totems are animal themed powers.

Within the family, Jennix is the intellectual and scientist.  He is the inheritor that developed the cloning facility that allows the inheritors to return from the dead.

Jennix was killed by the Cosmic Spider-Man but was revived in his world.  His cloning facility was destroyed by Ben Reilly, Kaine and Black Widow.

In the end of the Spider-Verse story Jennix is locked in a bunker with the rest of his family.  The bunker is on a radiated world that he can not escape into.

Base:
Like the rest of the Inheritors he seems to be from Loomworld (Universe 001)

Powers and Skills:
Jennix is extremely fast, strong, and durable like the rest of the inheritors.