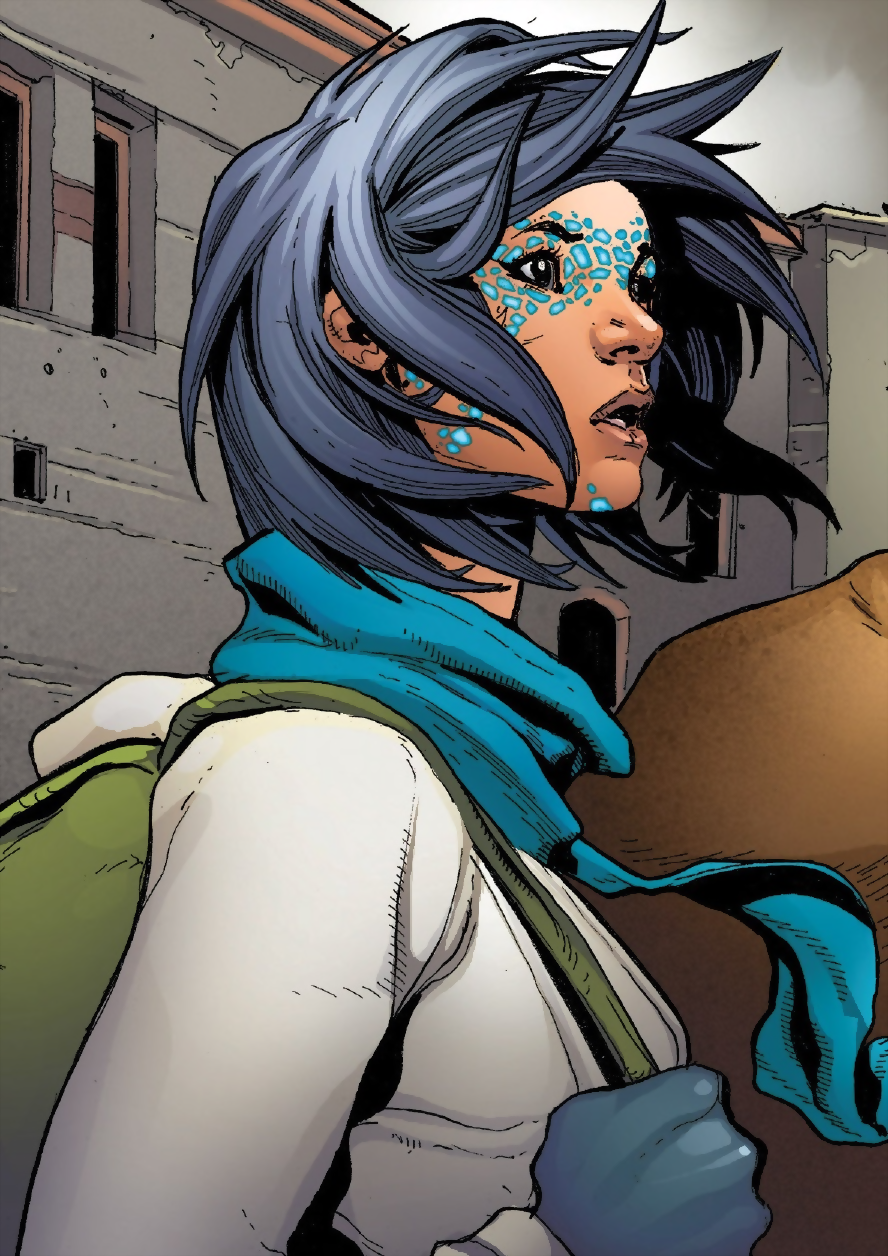 Who is Iso? AKA Xiaoyi

Iso is a new Inhuman from a small village in China.  She is rescued by the Inhuman named Reader.  She has pressure manipulation powers.

When the Terrigen mist that gives Inhumans their powers is spread throughout the world by a T-Bomb, Xiaoyi is one of those effected.  Xiaoyi (means little child) is in a small Chinese village and seems to be relatively unwanted child by her parents to begin with.   The Chinese military comes to the families door hearing rumors that someone who changed is inside.  The parents try to keep them away but they are forcibly removed by the military.  The chinese general then opens the door, and is quickly by blown back by an energy wave.  He orders the tanks to fire on the house.  Before they can do this an Inhuman mercenary by the name of Reader swoops in and saves Xiaoyi.

Reader is able to make anything he reads a reality.  He reads a line that freezes time in braille then casually walks over and rescues Xiaoyi.   The two leave the village giving the impression to everyone that Xioyi died in the explosion that destroyed her home.

She decides not to reveal the truth to her parents as she believes they will be happier and better off moving on.

Reader's intentions are not entirely benevolent as he appears to be working for an Inhuman crime lord.  It remains to be seen whether he will follow through with his contract or make other arrangements.

Related:
Meet the new characters from the series Inhuman
Who are the Inhumans?
Top 5 Questions after AoS S2 Midseason Finale?
Agents of SHIELD theories and speculation HQ
on August 07, 2018