Who is Ellie Stuart from iZombie?

Who is Ellie Stuart from "I, Zombie"? 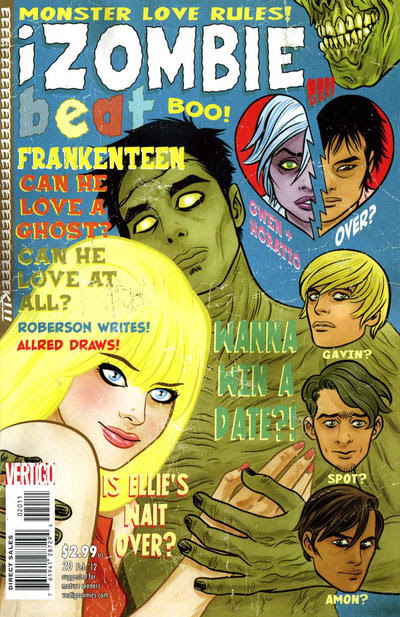 Gwen meets the ghost Ellie while working as a grave digger at Green Pastures Cemetery.   Ellie is a ghost who haunts the cemetery and becomes one of Gwen's close friends.

As a ghost Ellie does not have a body but still retains her oversoul (the intellectual portion of her soul).

Ellie has been dead for 40 years so many modern things such as the internet and smart phones are completely foreign to her.  Dying on a bus ride as she left town, Ellie finds herself trapped in the physical world as a ghost.  She finds herself further trapped because she can only visit the places she visited while she was alive and unfortunately she had never left town while alive.

Powers:
As a ghost Ellie can fly, turn invisible, phase place to place, and move through physical objects.   However, she can only go to places where she went when she was alive.  Unfortunately, for Ellie she had never left town before dying, which effectively traps her for eternity to the place she had always hoped of leaving.

Ellie becomes a close friends with the zombie Gwen and helps her solve crimes.

Ellie becomes a girl friend with the Franken-Tween named Francisco.  She helps Francisco become more normal and the two develop a romantic relationship.