Who are the Inheritors? 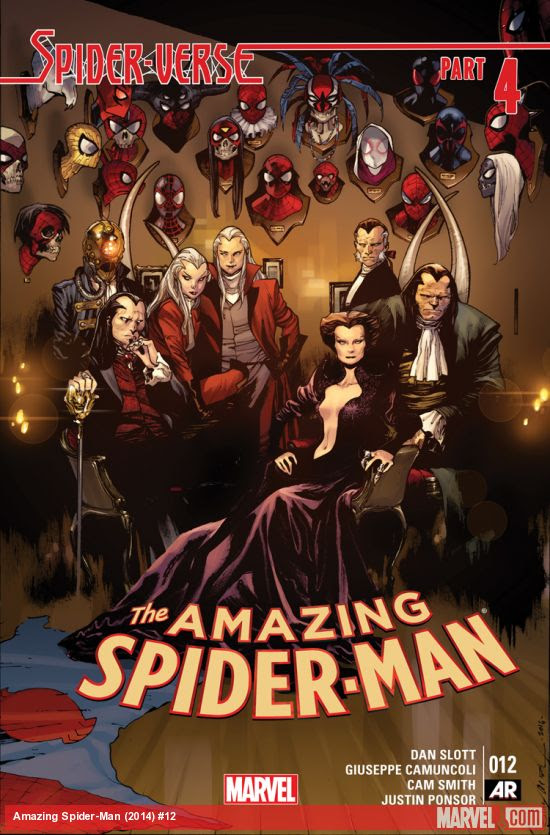 The Inheritors are a family that believe they are destined to Inherit all of creation.  They are extremely powerful and can eat (absorb) the life force of things that make up their DNA.  Their DNA is a hodge podge mixture of bird, insect, human and animal.  This allows them to effectively eat those who have powers from animal based sources like Black Panther or Spider-Man who are called Animal Totems.  The inheritors can hunt any kind of animal totem but they especially hate spiders.

Long ago the Inheritors enslaved the Master Weaver who spins the web that unites the Multiverse.  By enslaving the universe they are able to travel through different times and universes to hunt totems.

The Inheritors have also mastered death by using advanced cloning facilities to create new versions of themselves.   They also do not seem to age, or at least age very slowly.  The Matriarch of the family was killed while capturing the Master Weaver and she has stayed dead.  This battle was likely prior to the time that the cloning facilities of the Inheritors were built.

Meet the Inheritors:  Click on their picture to learn more.

Email ThisBlogThis!Share to TwitterShare to FacebookShare to Pinterest
Labels: Amazing, Borra, Brix, Creation, Daemos, Inheritors, Jennix, Karn, Morlun, solus, Spider-Man, Verna, wearver, Who, Who are, who are the