Holy Wowza this thing is amazing! 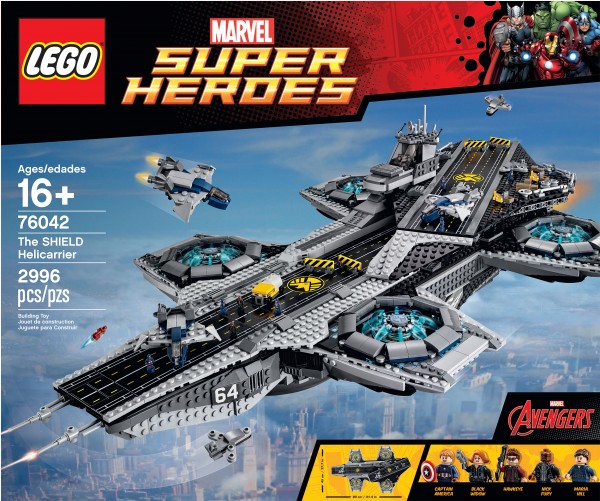 I think the best desription of this set is Epic or Mammoth or Huge.  This set include the giant SHIELD heli-carrier.  As if that were not impressive enough it also includes little Quin Jets that can land aboard it.

The Helicarrier is expected to retail for around $350 dollars usd.

Buildables
Well first and foremost this set includes a massive Helicarrier that even has  a detailed interior.  2 Jets, and 2 Quinjets can be constructed for landing and taking off from the carrier.  The set also looks like it includes little ground vehicles like forklifts and gas trucks.

The set also includes a little SHIELD podium for the Mini-Figures to stand on. 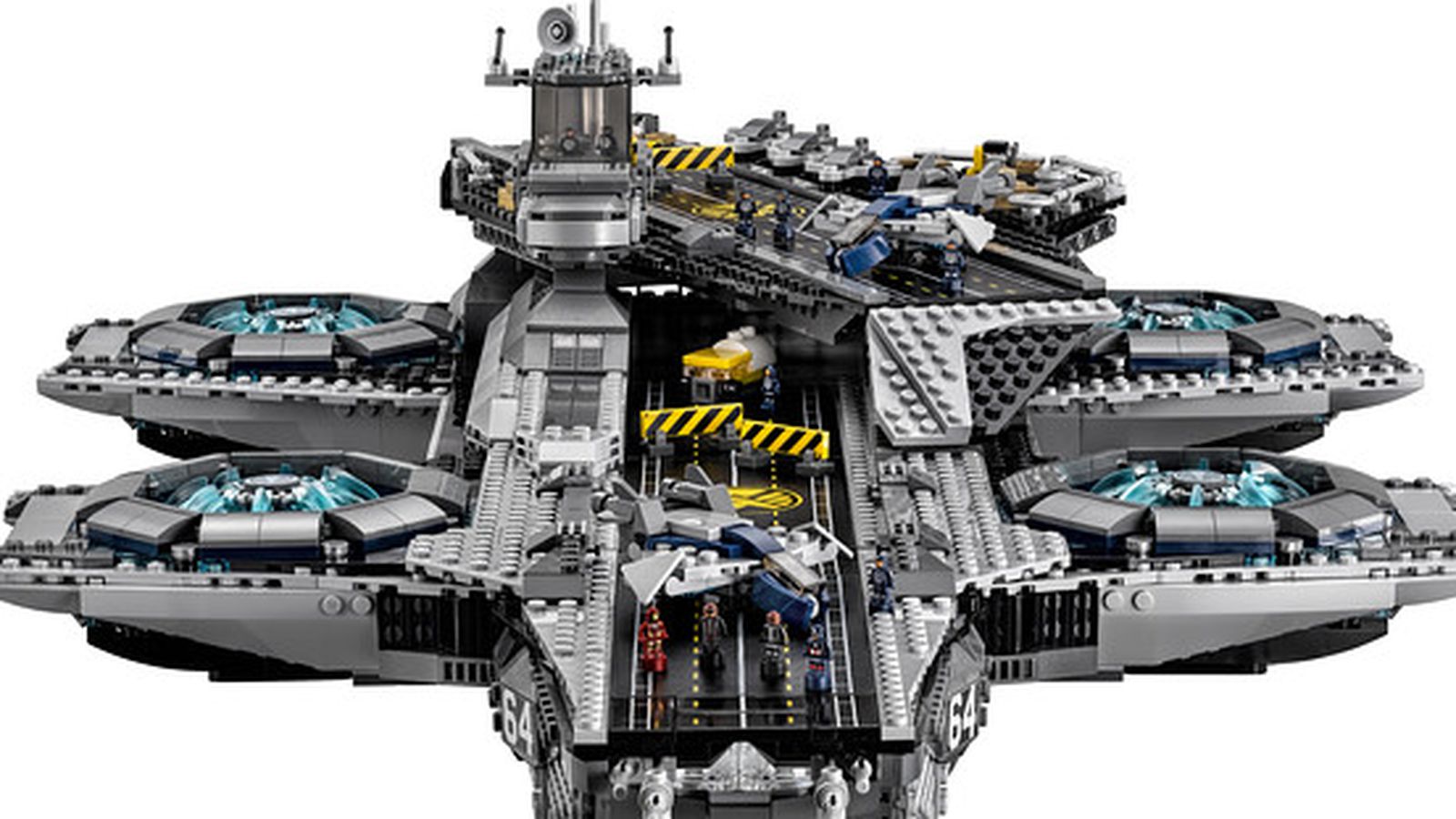 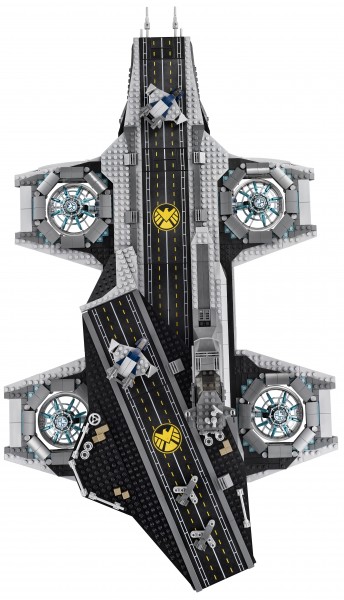 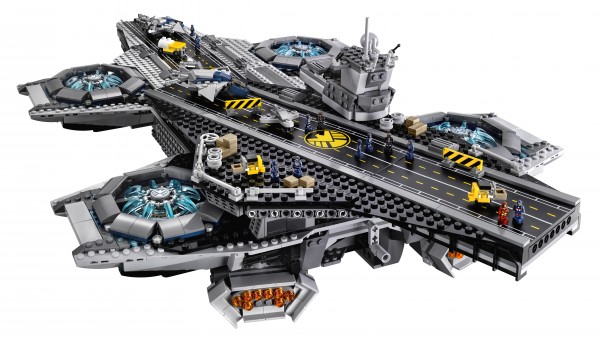 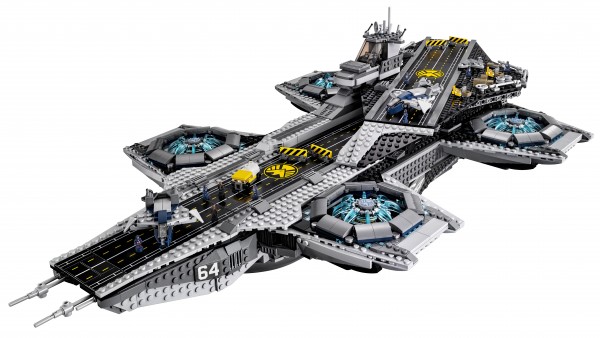 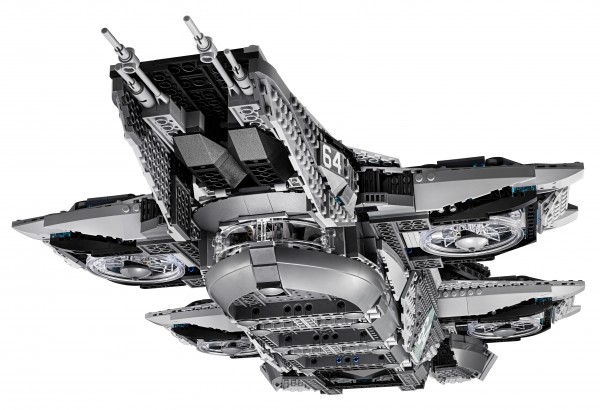 Inside the Helicarrier there is also rooms to lace your Microfigs 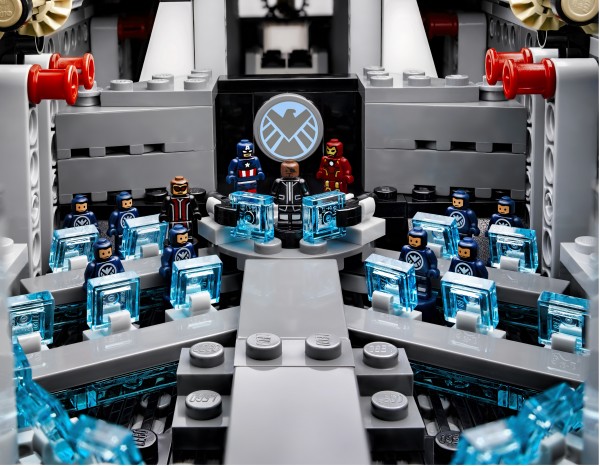 Here is a closer look at how they built the Quinjets Mini-Figures
The set includes five mini-figures:
Maria Hill, Nick Fury, Captain America, Black Widow and Hawkeye.  While the set does provide these guys keep in mind they are going to look a bit too big against most of the stuff in the set.  Which is the set includes a bunch of micro-figures (See below). 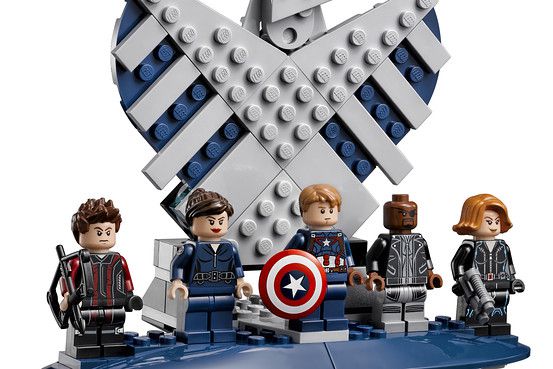 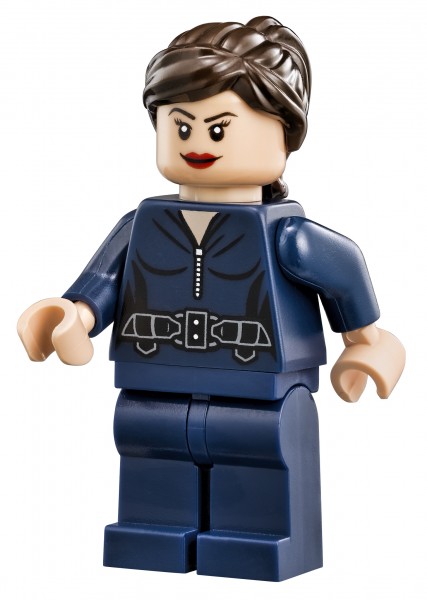 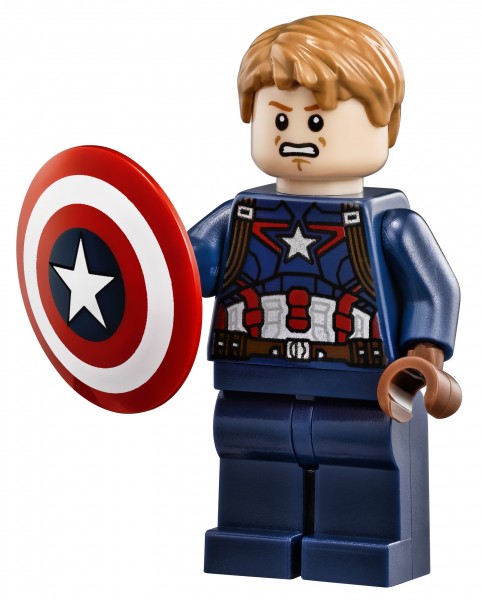 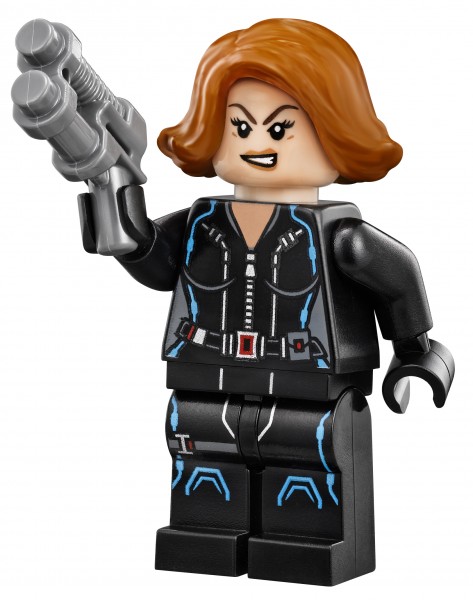 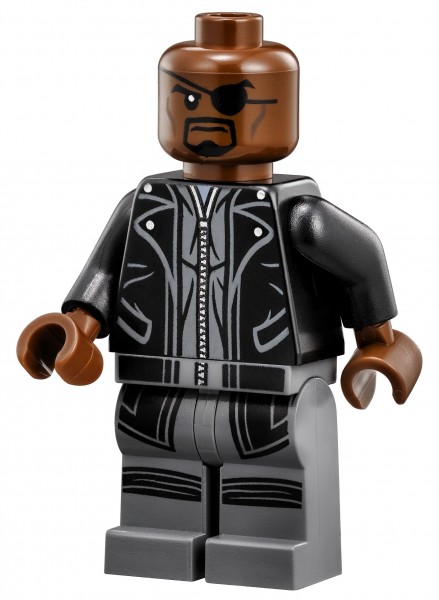 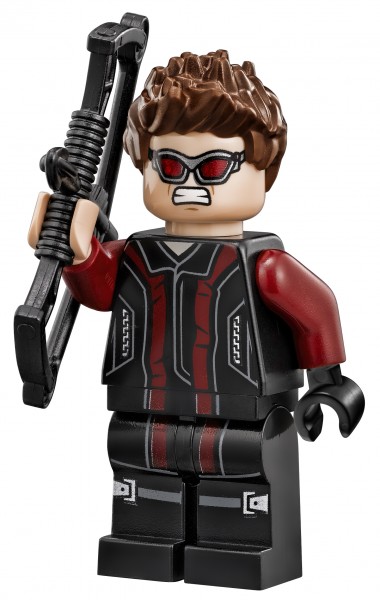 Micro- Figures
The Micro-Figures are a bit smaller than their mini cousins and appear to be at the perfect scale for this set.
It looks like the Micro-Figures will be Iron Man, Captain America, Hawkeye, Nick Fury and a group of SHIELD agents (I think 8 of them)

See more of the set in the Video from IGN below: