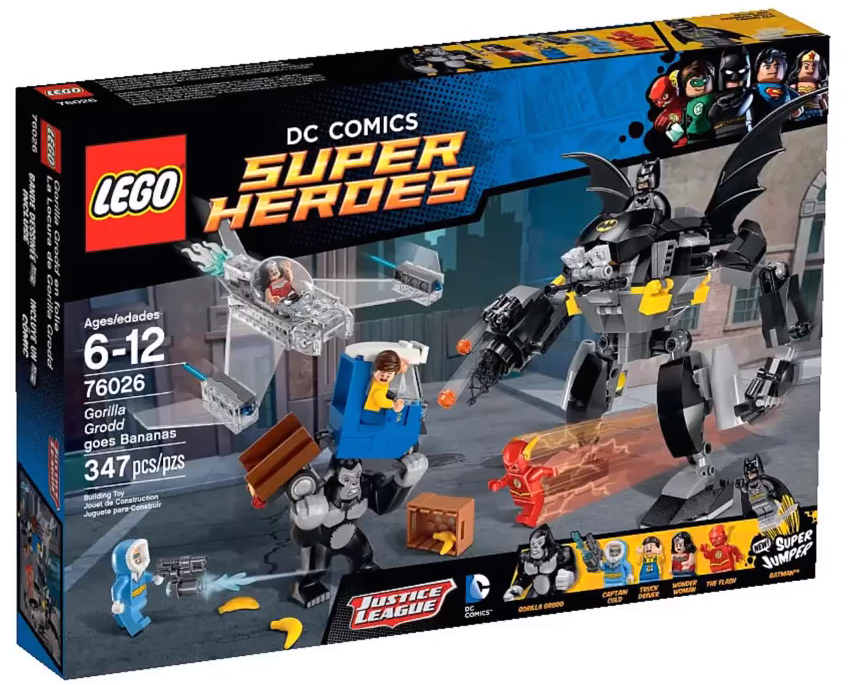 I have feeling that after kids see Gorilla Grodd on the Flash TV show they may really want this Lego set.  It includes two of the best Flash villains Captain Cold who has been awesome on the show, and my personal favorite Gorilla Grodd! 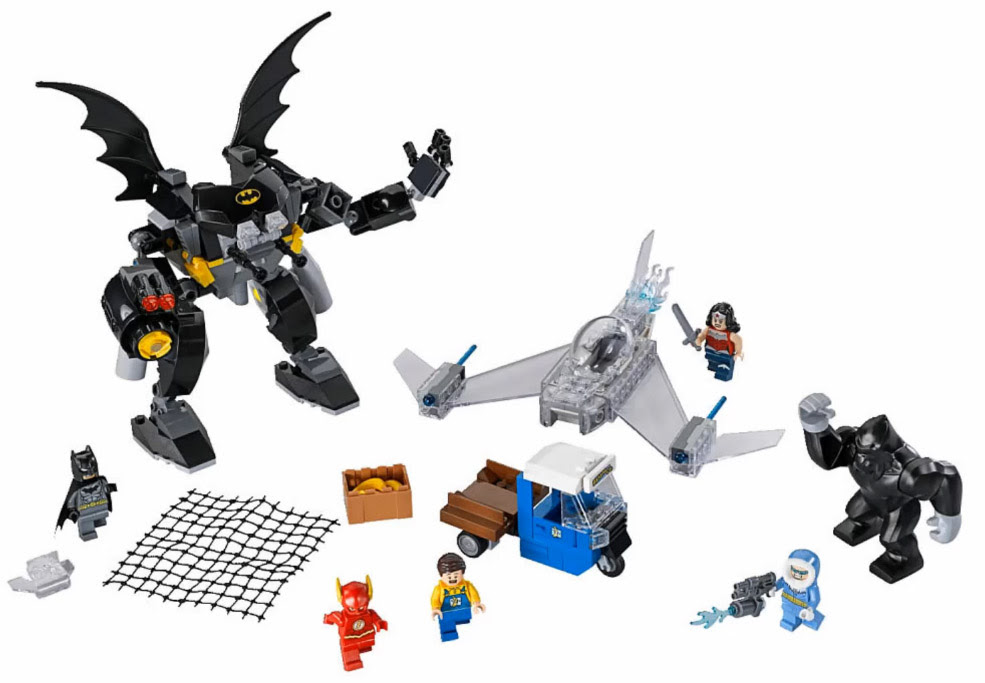 On top of the Flash and his villains you get Batman and Wonder Woman.  Batman shows up in a giant Bat Mech Robot and Wonder Woman has her Invisible Jet.  The invisible jet looks especially sleek to me.

The three buildables are the Batman Mech, the Invisible Jet and the Banana cart.  The Invisible jet looks especially cool though not quite invisible. 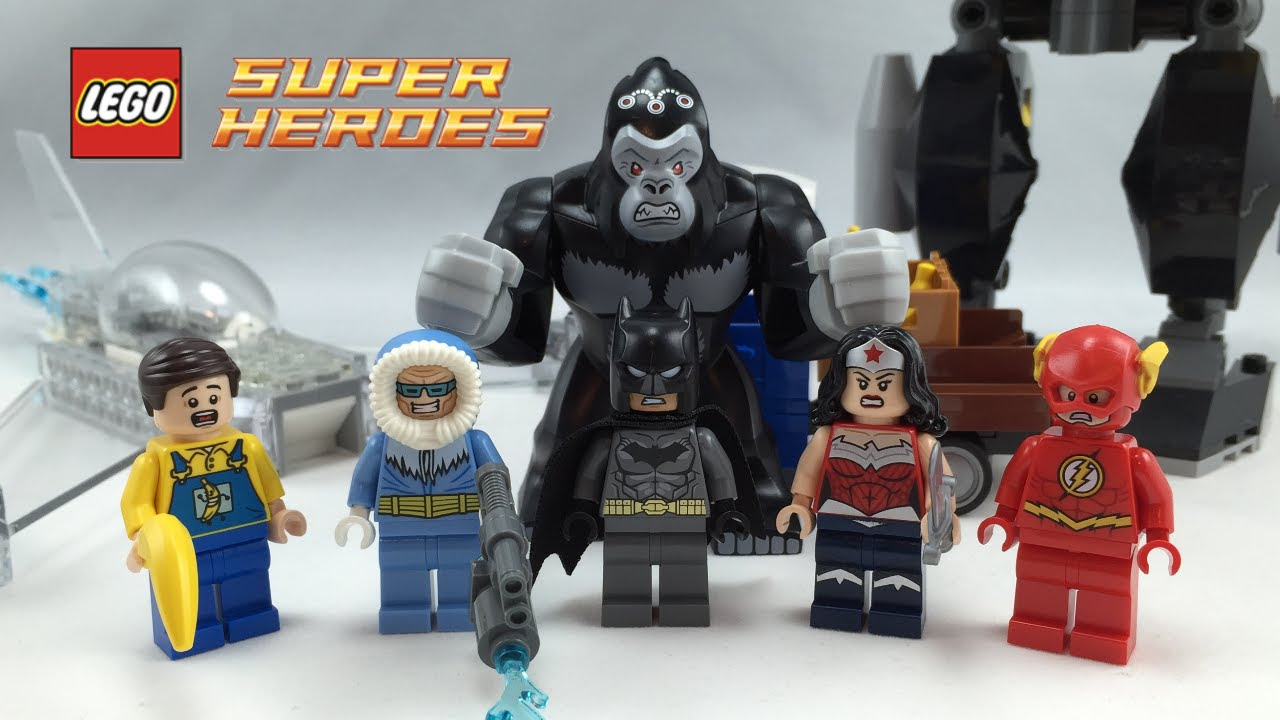 The set comes with some great mini-figures.  It includes the heroes Wonder Woman, Batman, and Flash, a Banana guy, and Captain Cold.
Also there is a not so mini figure of Gorilla Grodd!!!


Here is a great video review:


Official Description:
Gorilla Grodd is causing havoc in Gotham City as he seeks his morning banana fix! The gigantic gorilla is leaping on the truck, sending crates of bananas flying and almost breaking the vehicle in half. Hurry to save the terrified driver with Batman™ and his awesome Bat-Mech. Launch a triple LEGO® Super Heroes counter-attack by firing the net and stud shooters. Face off against mighty Gorilla Grodd with The Flash, evading the evil beast’s grabbing fists and Captain Cold and his Devastating Ice Shooter. Swoop unseen into battle with Wonder Woman in her Invisible Jet with spring-loaded missiles, then send Batman™ leaping off the top of the Mech with the Super Jumper to bring down Gorilla Grodd! Includes 5 minifigures with assorted weapons and accessories: The Flash, Wonder Woman, Batman™, Captain Cold and truck driver, plus a Gorilla Grodd figure.

Related
More geek Toys and Legos
All Flash news, characters, and speculation
Who is Gorilla Grodd?
on January 26, 2015