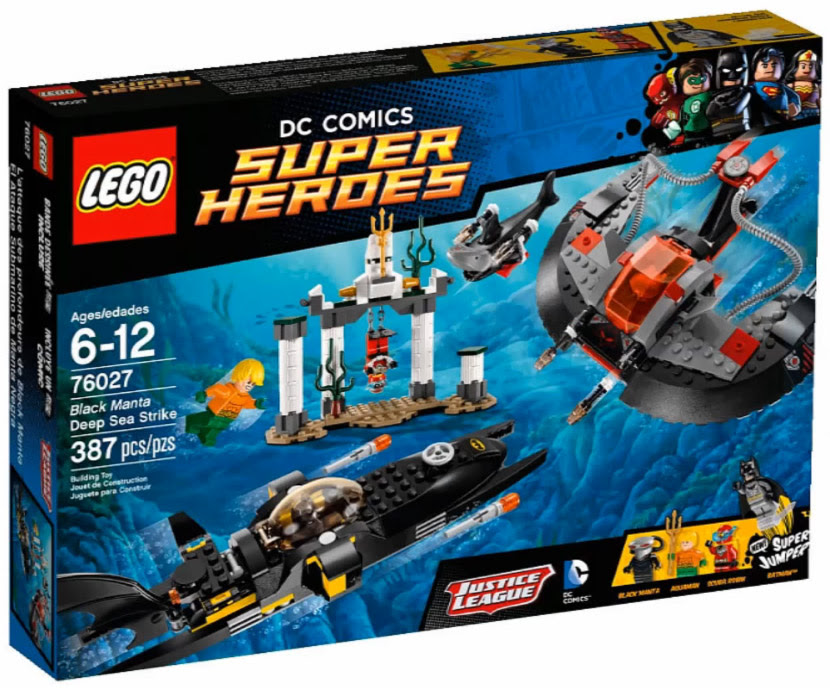 The Black Manta Deep Strike set features the Aquaman villain Black Manta.  He has captured a scuba diving Robin and it is up to Aquaman and Batman to save him.

It is expected to retail for around $40.

Build-ables:
The set features 3 fairly sizable build-able structures:  Black Manta's sting ray looking submarine, the Bat sub, and a temple of Alantis where Robin is chained.  One cool feature is that when the Trident on the Alantis temple is triggered the chains to Robin are released and he is freed.  You can shoot Aquaman at the Trident using the super jumper component that comes with the set.

Inbetween a mini and a build-able structure is a robotic shark that features glow in the dark torpedoes. 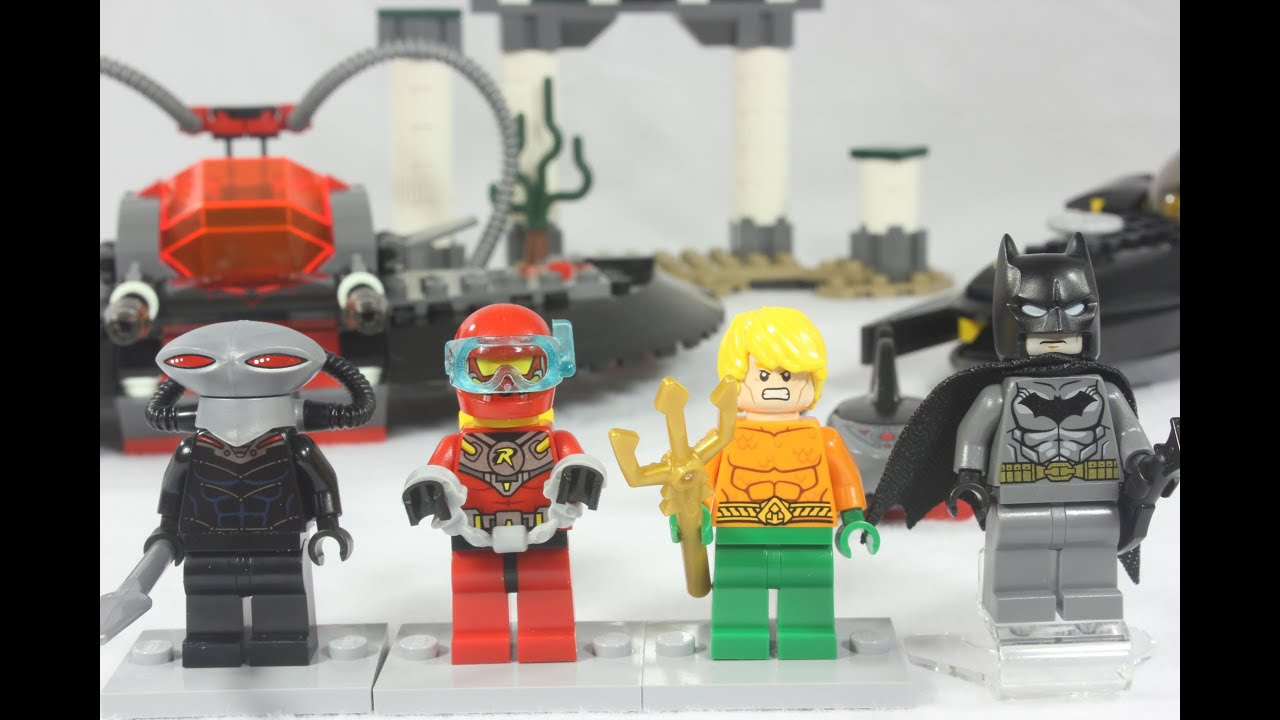 This set features the minis of Aquaman, Robin, Batman and Black Manta.   I think the design of Black Manta is very cool.  Its interesting to look and see how his head was created.

The Robin mini is also pretty neat in that one of his faces features scuba gear that other more of his traditional mask. 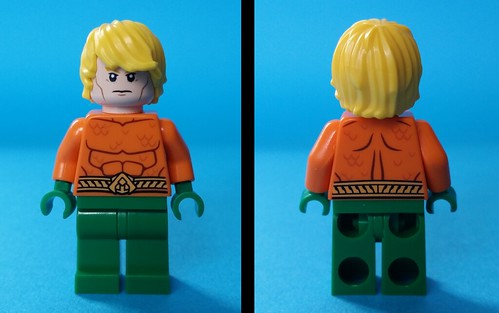 Here is a close up to all of the components of the set. Fan of Batman Beleagured will recognize many of these designs.

Here is a video review of the set by The Brick Show!