This is a big and ultra cool Avengers set that comes with the freaking Avengers Tower!  In this set the first version of Ultron attacks the Avengers in there base.  He is aided with two of Stark's Iron Man suits that are controlled by Ultron.

One of the suits makes off with Chitauri Scepter.  The true powers of that artifact are still unknown at this point.  It is a little extra bonus that you get the Scepter in this set.

Meanwhile the Avengers tower is full of interesting things.  The Windows fly off.  It has the balcony where Loki battled the Avengers in the first film.
It has a Jarvis HQ room and a Med bay.  The tower also has a little security drone that comes out of the top and a cannon on the roof. 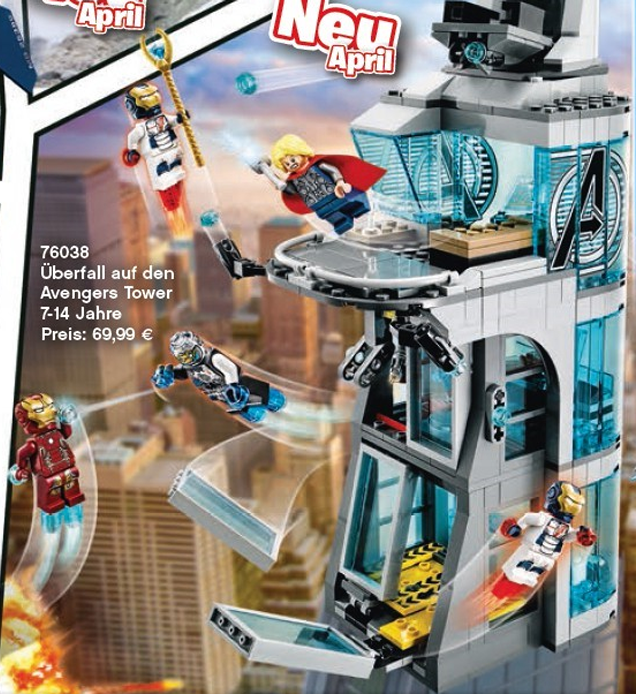 Attack on Avengers Tower (76038)
The Heroes are having a party when suddenly Avengers Tower comes under Ultron attack from the inside! Evil Ultron Mark 1 has assembled himself in the lab and is exploding out the windows. Help Iron Man and Thor to defeat Ultron and the 2 Iron Legion accomplices under his control.
Make plans in the JARVIS control room and treat injured Super Heroes in the sick bay.
An Iron Legion is blasting out the doors and windows of the ground-floor robot bay. The other has stolen the Loki Scepter from the analysis lab so pursue him with Thor and take aim from the roof of the tower with the secret hidden drone and stud shooters.
You must retrieve the Scepter and stop Ultron! Includes 5 minifigures with a weapon and assorted accessories: Ultron Mark 1, 2 Iron Legions, Iron Man and Thor.

Movie Scene:
This will be the scene from the Movie where Ultron attacks them in the tower.  I am not sure if the tower will include this bar area.  I think it would make sense for it to be at the top of the tower.  I can't quite tell if there are couches up there. 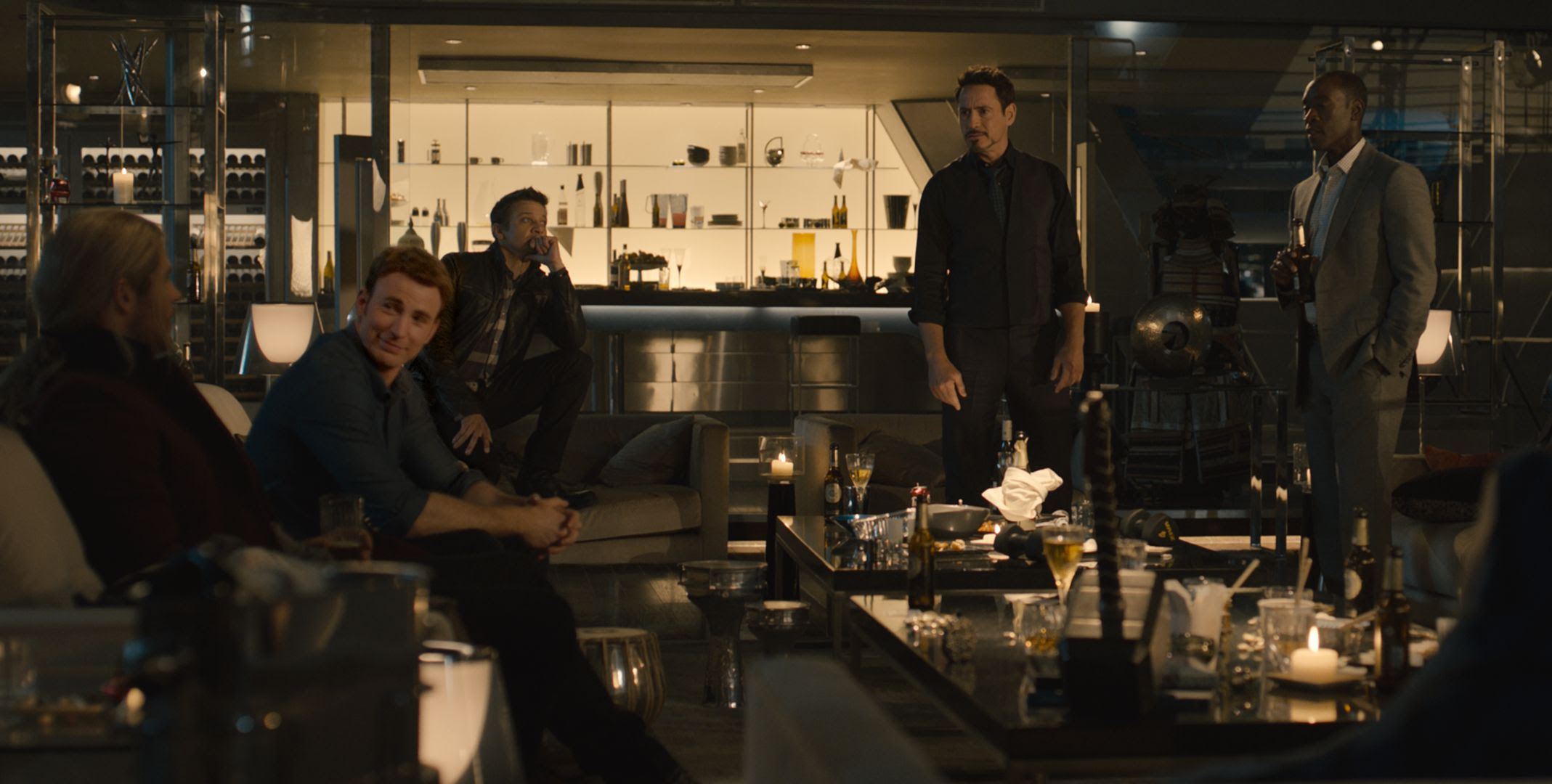