Is Glenn Talbot an Inhuman? 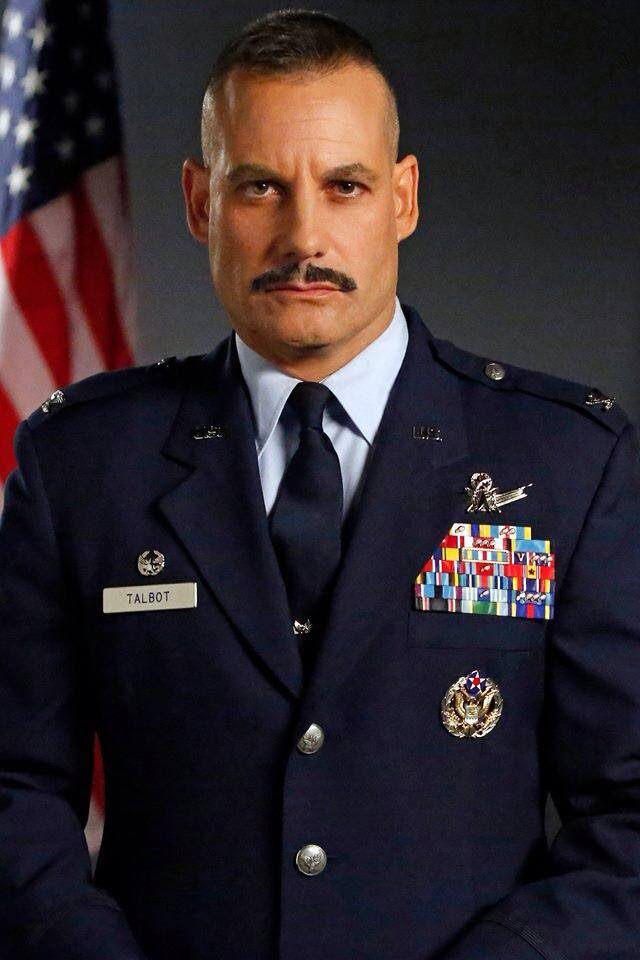 Could Glenn Talbot be an Inhuman?

In the episode of  Agents of SHIELD called a "Fractured House" Talbot is giving a speech when a Hydra mercenary Marcus Scarlotti AKA Whiplash attacks the group.  Scarlotti is impersonating SHIELD and is also testing a new Hydra weapon based upon the Inhuman Diviner.  It effectively kills anyone without Inhuman DNA.

The device used is a splinter bomb where each splinter causes those hit to disintegrate.  Talbot is hit and wounded by the device but he does NOT disintegrate.

Question:  Did Talbot get hit with the device in this episode and survive?  This would mean he would be of Inhuman ancestry.  Rewatching the episode I do think he is wounded by the device and not by flying shrapnel.  This would mean that at some point Talbot could undergo the Terrigenesis process like Skye and Raina and become.....?

Comics will not shed much light here at all I am afraid.
The comic version of Glenn Talbot is not an Inhuman and died before the events of Inhumanity that spread Terrigen throughout the world revealing Inhumans all over the place.

I do think his appearance and personality are some what similar to the new character Nur/Frank who was a NYC detective before becoming a NuMan/Inhuman.

What do you think about an Inhuman Glenn Talbot?


Season 5 Update:
Glenn Talbot continues to be a major character in Season 5 however he does not seem to be an Inhuman.

In Season 5 we learn more Glenn Talbot and no he does not become Nur like I initially speculated however he did end up becoming a powered person.

Toward the end of Season 5 Talbot becomes infused with Gravitonium that gives him the power to control Gravity.  This sets the stage for him to be a version of the villain Graviton.

Related:
Meet the new characters from the series Inhuman
Who is Whiplash
on May 07, 2018