Gorilla Grodd is coming to the Flash

The Flash has turned out to be one of the better Super Hero shows on TV.   What I really like about it is that it is giving comic book fans exactly what they want.  A good hero, amazing actors, great drama who gets to battle his super villains each week.  This week even bigger, Gorilla sized news dropped.

Gorilla Grodd is Coming!
The showrunners are saying that one of Flash's main villains Gorilla Grodd will show up at the end of Season 1.

Grodd has been hinted at since episode 1 so I have been hoping he would show up.  I  am a HUGE Gorillia Grodd fan, Why?  I have no idea but I love that giant smart Gorilla with an Ape sized passion.  :)

Here is a tweet from Andrew Kreisberg on seeing Grodd:


If that is to believed then Grodd will not only show up, but also look good doing it.

In Starlabs there was a cage with the name Gorilla Grodd on it.  The bars are bent and twisted after the accident indicating that he escaped.

In another clip from the episode Plastique we see the mysterious, time traveling baddie, Doctor Wells talking to Grodd (pre accident)  He knows that Grodd will become a super bad boy in the future.

In the same episode Wells talks about experiments that were less than humane done for General Eiling to create a form of mind control.  These experiments very likely involved Grodd in ape form.  Grodd's main power is mind control.  This may also explain some of Grodd's motivation at becoming a super baddie.  He will be very angry at being experimented on and potentially go after Doctor Wells for revenge. 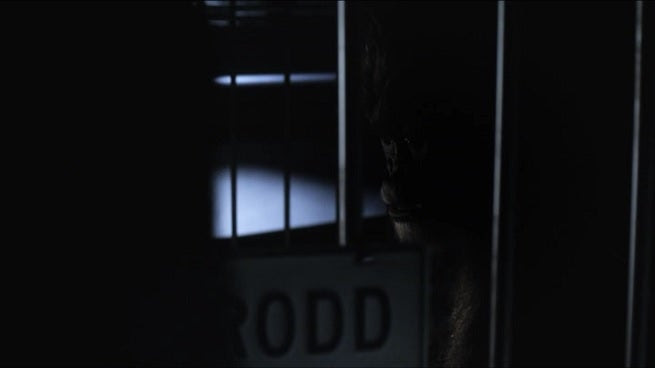 Related
All Flash news, characters, and speculation
on January 26, 2015