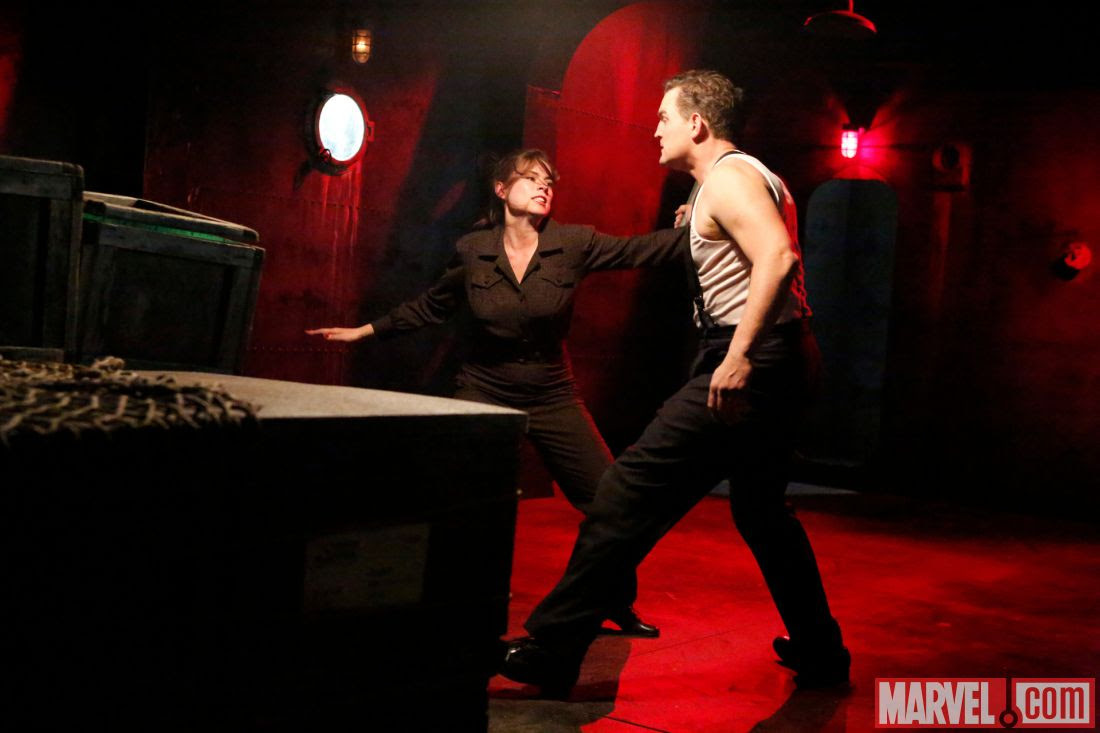 Tomorrow night's episode of Agent Carter is called Time and Tide.  It appears that Peggy is danger of being found out by her comrades in the SSR.

Jarvis is going to caught by the SSR that is not good.