Why SONY's Spider-Man plans are awful

The SONY plans for Spider-Man are terrible.  They are so terrible that it is laughable.  You can tell that their plans come from a bunch suits looking scientifically over a bunch of graphs and MBA case studies instead of actually understanding the source material.


From what I can tell:

What SONY is missing in all of these Spider-Man characters are all related to Spider-Man.  They are all characters created, based off how they interact with Spider-Man. Without Spider-Man they are all limp, shapeless balloons, he is the air that fills them up and gives them meaning.

Venom is a great arch nemesis of Spider-Man.  Without Spider-Man he is much less interesting.

Spider-Man's female characters are very interesting when used with Spider-Man.  Without him for the most part they are 4th rate characters.

The Sinister 6 is one of the greatest villain teams Spider-Man has ever faced.  They mean a great deal to Spider-Man.  On their own they are just a bunch of dudes in costumes.

SONY should look at the show Gotham.  Gotham is not very good, not very interesting despite being filled with great actors playing cool characters.  Why is this so?  Because Batman's universe without Batman is flat.  You almost have to tweak the characters to make them fuller and able to stand on their own.  They were created to fill a ecosystem where there was this towering character of Batman.  But if you tweak them too much you harm the lore that your world is based on.   Without Batman there really is no Penguin, no Catwoman and certainly no Joker.

What makes SONY's take on Spider-Man universe even more insipid is that they made the side characters even shallower than their comic counterparts.  In the Amazing Spider-Man movie universe all of the villains are from a factory ... OSCORP.  They are not special, they just happen to be wearing a suit created by OSCORP.  They are inch deep, soulless, shadows of their comic counterparts.  They might as well have been churned out from an evil robot factory. Some how these shadows are expected to light up their own movies?

Even worse is that according to SONY's story Spider-Man is also not special.  He is just a kid who happened to get by bit by a mutant spider.   Wait, wait he is kind of special because the mutant spider  was a project of his fathers and so its power could only be used on someone from Parker's family.   This origin is infuriating on multiple levels.  It is both an unbelievable coincidence, and makes Peter Parker a vanilla laboratory experiment all at once. If this is the best you can do then why not just ignore the question of whether Peter is created at Random or Pre-Destined.  I am sitting their watching Amazing Spider-Man 2 and am just flabberghasted that they would spend so much time and money in two films rehashing Spider-Man's origin only to land on that terd of an explanation.  Why not move onto other topics that are more interesting.  Why not use the original origin that was A) Simple and B) Open to interpretation.

In this manner Amazing Spider-Man 1 and 2 spent a ton of work setting up a slew of characters that are no longer interesting. 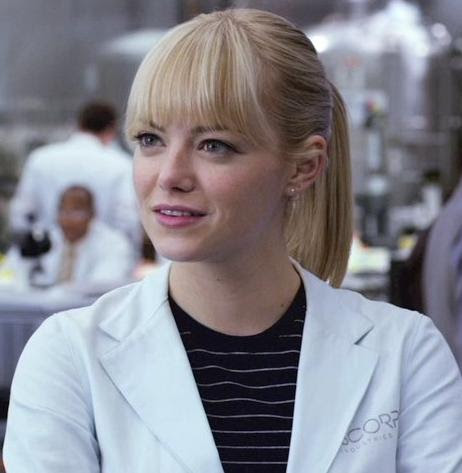 SONY's Amazing Spider-Man did manage on making one character interesting.  They brought back Gwen Stacey and hired the amazing Emma Stone to play her. Gwen was written well, she was played well, she had great chemistry with Garfield's Peter Parker.  She is the shining light in both movies.
BUT...

SONY decides to do that famous Spider-Man story that is very famous and was like earth shattering back in 1966.  Lets kill Gwen like Stan Lee did.  High fives we are geniuses.
Oops we really don't have the Green Goblin yet, lets rush Harry along here just so we can kill off the best thing going in our franchise.  Oh man we are soooooo smart!  Goldstars for everyone!

As you watch Gwen die, you can't help but wonder.  Who am I suppose to care about in this movie now?  I will say this SONY did succeed in making her death feel very tragic, it was so tragic that I think they killed off the whole franchise.

Marvel has known when to tweak stories to make them more interesting and throw off fans in their own movies.  In Amazing 2 SONY seemed trapped to follow the original story.  What would have been awesome here is if Gwen pulled out a webshooter and saved herself.   Now without Emma Stone we are suppose to want to see Peter get back with MJ.  Here is a newsflash for you SONY, Marvel broke those two up for a reason and its simple MJ as a character sucks.  She can look really pretty on covers, and posing but if you delve into her character (Like Spider-Man 3 did) she is very shallow and boring.

So if you are keeping track of what SONY's  Amazing Spider-Man universe is:
1) Crappy factory based characters who we are suppose to want to see in their own movies.
2) A not so special Spider-Man with a confusing origin
3) The best character in the first two movies is dead
4) An irrational desire to create movies around shapeless, shallower versions of already third rate characters in the hopes of building a connected universe.

This why I and almost all Marvel fans desperately want to see Marvel take Spidey back.