Who is Raina? What did she become? 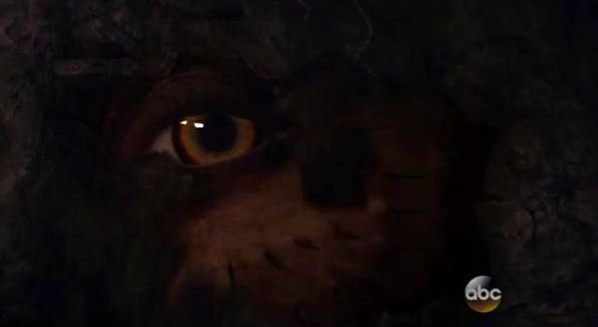 At the end of the Mid Season Finale Triplett ,Raina and Skye were transformed by Terrigenesis.  Unfortunately, for Triplett his human DNA seemed to guarantee his demise.  However, both Skye and Raina were changed.  Skye we know will likely become Daisy Johnson, however Raina is still a mystery.

Based off the glimpse given of her she will emerge as a more bestial looking character.

Maurissa Tanchereon producer of the show shared this tidbit:
"Well, Raina has always been someone who walks into a room and knows she has all the power, and the ability to sway anything in her way. Part of that is her appearance. She’s always adorned herself in flower dresses, she’s always perfectly put together, and she’s a beautiful woman. Now we’ll see how this transformation takes shape."

Update:
Raina is covered in spikes and also seems to have a power of prophesy by seeing the future in dreams.


AOS Promo Poster for 2nd half of Season 2:

There is a Marvel character who goes by the name Raina.  She basically is very similar to Beast from the X-Men.  Super strong, fast and agile.
She is part of a mutant branch of the Saurid race (offshoot of Homo Sapien) who live in the Savage Land.

If Raina is meant to be Raina the show basically just tweaked her origin and made her an Inhuman instead of Saurid.

Tigra's origin story is a little messy it first involves science like human potential projects but then links to magic and a magical cat race.  Frankly, just calling Tigra an Inhuman may be a cleaner approach and an easy way to get her into the MCU.

The main Tigra character does start out as a villain before later becoming good.  This would seem to fit as well.

Naja
Naja is a character from the new Inhuman series who bears some similarity to Raina after her transformation.
She also makes it sound that prior to her transformation she was highly focused on her weight and appearance.  Rainna was beautiful and now has taken on a more monstrous appearance.

I expect many of the Inhuman characters to be used for Agents of SHIELD.

Related:
Agents of SHIELD speculation and theories
Inhumans CheatSheet for Agents of SHIELD fans
Who is Skye's Dad = Mister Hyde / Dr Calvin Zabo?
Who is Skye = Daisy Johnson AKA Quake?
Is the City on the map Attilan?
Who Are Skye's Parents #1
Is Skye an Inhuman?