Who is Daisy Johnson / Quake /Skye?

Who is Daisy Johnson?

Daisy Johnson is a  hero and SHIELD agent in the Marvel Universe.  Daisy has super abilities due to the genetic manipulations of her father the super villain Calvin Zabo AKA Mister Hyde.  She has the ability to generate powerful seismic waves.  She occasionally goes by the name Quake, a reference to her seismic powers.

Daisy Johnson is a relatively new character created by Brian Michael Bendis.  She has had a prominent part of some of the big events that Bendis masterminded like Secret War, Civil War and Secret Invasion.

Daisy Johnson is the illegitimate daughter of Dr. Calvin Zabo and Jessica Johnson. Jessica Johnson was a prostitute frequented by Dr. Zabo. Dr. Zabo had begun using the Hyde formula prior to her conception and had already altered his DNA. Daisy inherits her father's mutated DNA and develops the power of creating and controlling seismic waves. After her power develops she is identified by SHIELD and is trained as an agent. Despite only being a high school graduate Daisy is remarkably intelligent and quickly learns the espionage trade. She is trained by Nick Fury himself and the two develop something of a father daughter relationship. She becomes one of his closest and most loyal supporters. Daisy eventually is given a Level 10 clearance, the highest clearance available at SHIELD. She is part of a very small group of Agents to have been given Level 10 clearance.
After the events of Secret War Nick Fury is kicked out of SHIELD but Daisy maintains contact with her mentor.  She is brought into a special mission by Fury to find hidden people with powers to make a team to battle the Skrulls.

She has a romantic relationship with Hellfire one of her recruits.  He eventually killed for betrayal by Nick Fury.

She replaces Nick Fury at one point and is made Director of SHIELD but is rather quickly replaced by Maria Hill.

Fun Facts:
Has been a member of the Avengers.

Daisy is famous for defeating the powerful Mutant Magneto.  She caused a small tremor in his brain causing him to pass out.

Dr. Calvin Zabo is the biological father of Daisy Johnson.  They are estranged.
She does have something like a paternal relationship with Nick Fury.
She has a romantic relationship with the character Hellfire. 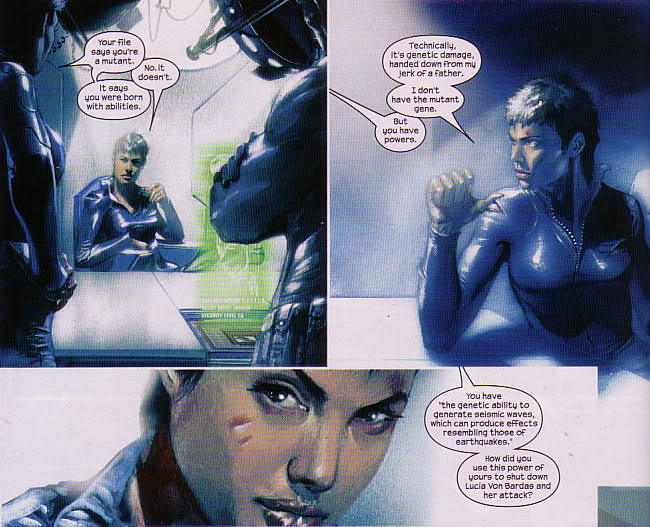 She is a highly trained SHIELD agent.

Skye from Agents of SHIELD?

Skye from Agents of SHIELD  is Daisy Johnson in the MCU.

Skye's father is Calvin Zabo and Skye is a tweaked version of Daisy Johnson.  While Daisy in the comics has no connection to the Inhumans like Skye does.

Skye now seems to use the name Quake and has gone off on her own.  It seems like she will likely encounter a man named Robbie Reyes who has special supernatural powers and goes by Ghost Rider.  Chloe Bennett has said she has spent most of her time away from the old SHIELD team actors.

Clues:
Both are female orphans brought into SHIELD and are highly trained within the group.  Both also have a monstrous Doctor Father.

I initially believed Skye's father was an Inhuman but he does not seem capable of holding the the Inhuman device known as the Diviner.  This would indicate he is a human who some how gained super strength.  This sounds very much like Calvin Zabo.

More Skye from Agents of SHIELD 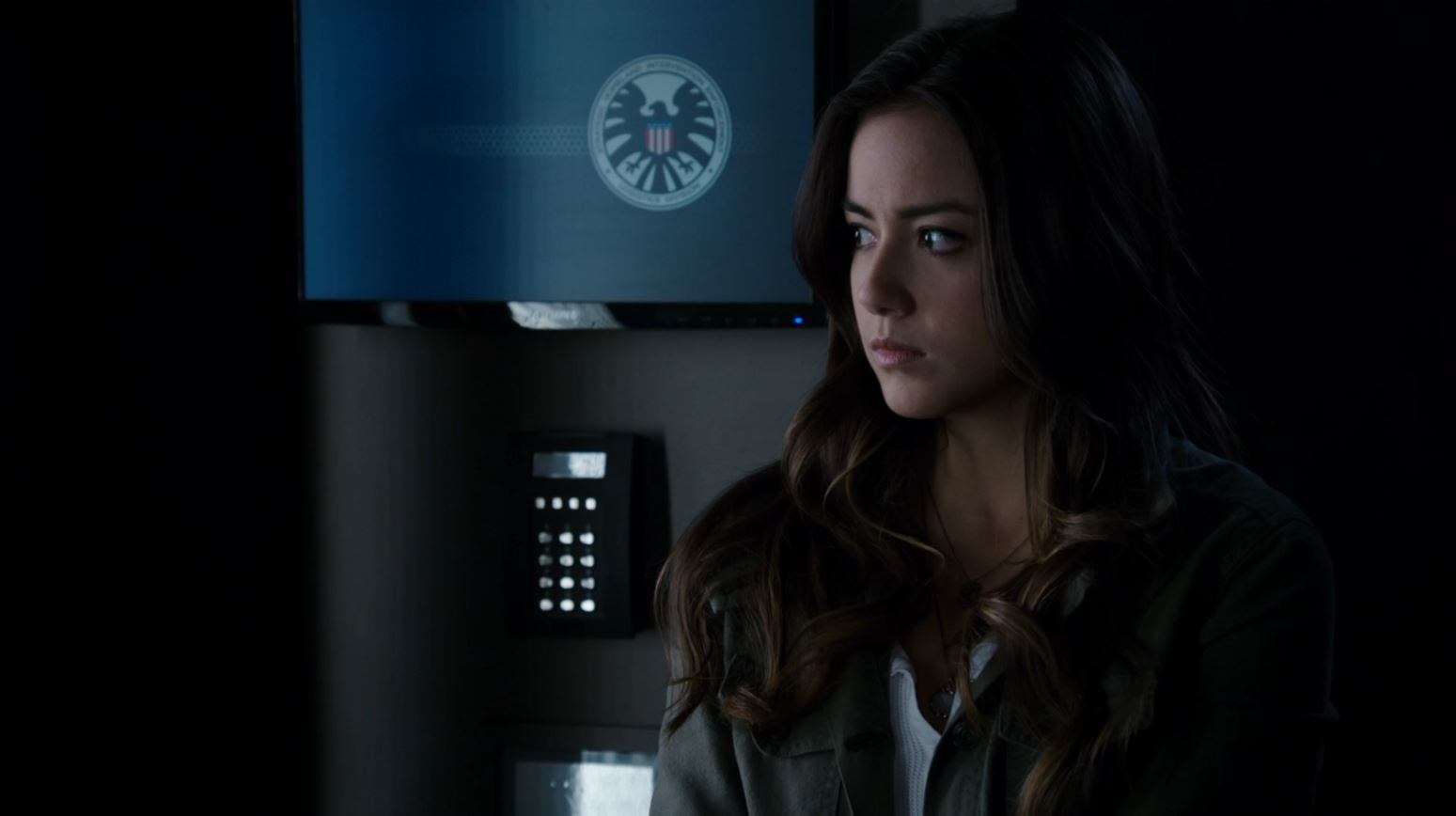 Email ThisBlogThis!Share to TwitterShare to FacebookShare to Pinterest
Labels: Agent, Agents of Shield, Alien, AOS, cal, dad, Daisy Johnson, is she, Power, powers, Quake, Shield, SHIELD Skye, Skye, Who is, Who is Skye, why