Review of Spider-Verse Team Up #1

Review of Spider-Verse Team Up #1.

The point of the team up title seems to be to show some interesting interactions amongst different Spider-Men.  The book is divided into two primary stories, one that focused on Spider-Man Noir and Six Armed Spider-Man.  The other story focused on Old Man Parker and Spider-Ham recruiting a younger optimistic Spider-Man.   I found both stories ok but I likely would not recommend picking this book up unless you are really into the Spider-Verse.  These are stand alone stories and do not move the main storyline forward. 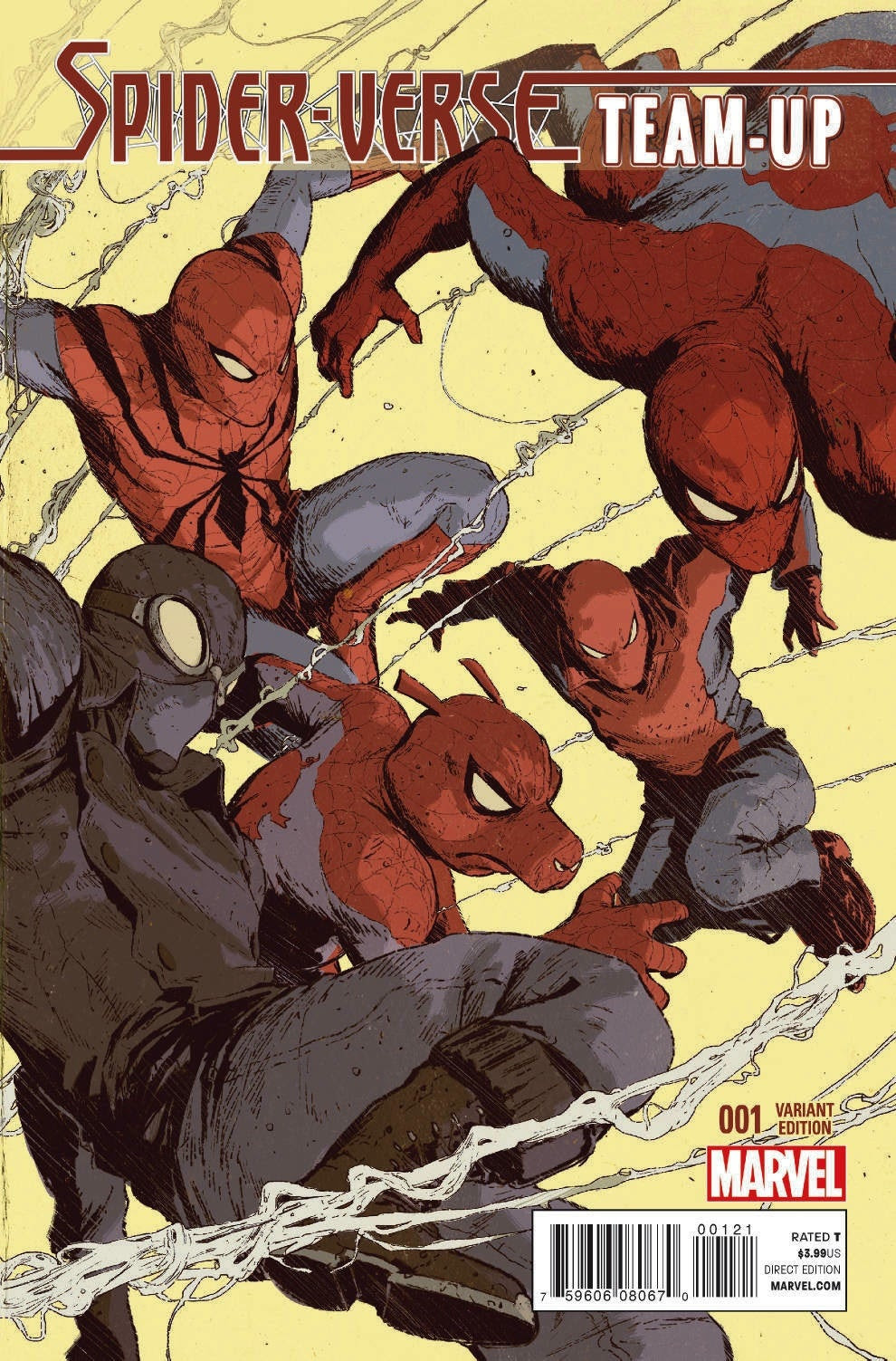 General Plot:
Spider-Man Noir and 6 Armed Spider-Man must deal with one of their counterparts bizarre allergic reaction to the radioactive Spider-Bite.  They must decide if it would be better to leave their counterpart, kill him, or cure him.

Spider-Ham and Old Man Parker must fight a pack of Verna's hounds who are all different versions of the Vulture.  They learn that their new recruit, while young and naive also has the power optimism that allows him do things they can not.

The Spider-Totems featured in this book are:
Who is Spider-Man Noir?

Ratings
Story - 3 - While I like the idea of focusing on some of the interesting fringe interactions in the Spider-Verse I did not find the stories in this book nearly as interesting as in some of the other books.

Characters - 4 - I like all of the Spiders in Team up.  Though on the fringe of the events going on 6 Armed Spider-Man, Spider-Ham and Spider-Man Noir are all awesome.  This  book does succeed in giving them more time.

Action - 3 -  A pack of violent Vultures and a moral dilemma to be solved by Spider Man Noir and 6 armed Spider.

Extras - 2 - It is a #1.  Does not introduce new characters or move the main plot line forward.  It feels very on the fringe.

Overall - 3 -  This book is not bad but if you have to choose a Spider-Verse book to skip, this would be it.