How I would have killed Triplett on Agents of SHIELD 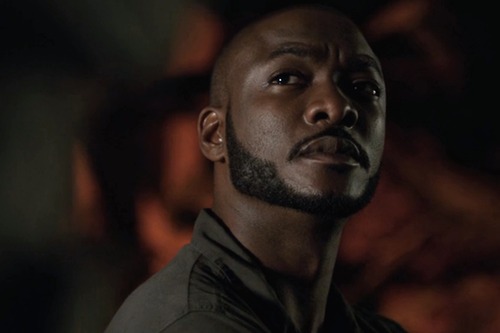 Spoilers do not read if you have not seen the finale.


In the Finale of Agents of SHIELD agent Triplett was killed just as Skye received her powers. Personally, I felt like the death could have had more dramatic impact if they had built up Triplett's character before killing him.
If I were the writer of the show here is what I would have done.   This is a minor critique of the show.  I really loved this scene but in some ways I think the story could have been amped up more.  Here at Toylab we tend to be big fans of coffee, mountain dew, electricity, and just about anything that causes ampage short of methamphetamines.


Here is how I would have killed Trip

In an episode in the beginning of season 2 Skye and Trip go on a mission hunting down an old SHIELD bunker. Trip is of course the expert in old SHIELD tech.  During the mission Trip does something really sweet like save a stray dog. Then all the girls and Skye could have this big awwwwww moment. Then over the course of the mission the two get stuck in a room and hook up in a big steamy scene.

Then the rest of the season Simmons could be jealous of Skye and Trip, while still being confused about Fitz. There could a couple of cute giggly scenes between Skye and Trip as their young romance blossoms.
This would have provided a very interesting angle to explore with Simmons and Fitz's relationship as well.

Skye finds out she is pregnant with Trips child right before the finale.

The two are holding hands in the temple as he withers away. She reaches out to him as he turns to dust. Tears and anger contort her face as the Earth shakes around her from her uncontrollable quake powers.

The rest of season 2 focuses on Skye dealing with her new powers, loss of her lover Trip, and the fact that the baby in her belly developed powers of its own during Terregenesis. May advocates terminating the pregnancy but Skye refuses because the baby is the last remnant of Trip.

It seems the only way to save Skye and the baby is to seek out others like them, other Inhumans.  Only who are they really?  and what do they think about a baby with powers?

Ok so that is what I would have done.﻿

Related:
Agents of SHIELD speculation and theories
Inhumans CheatSheet for Agents of SHIELD fans
Who is Skye's Dad = Mister Hyde / Dr Calvin Zabo?
Who is Skye = Daisy Johnson AKA Quake?
Is the City on the map Attilan?
Who Are Skye's Parents #1
Is Skye an Inhuman?