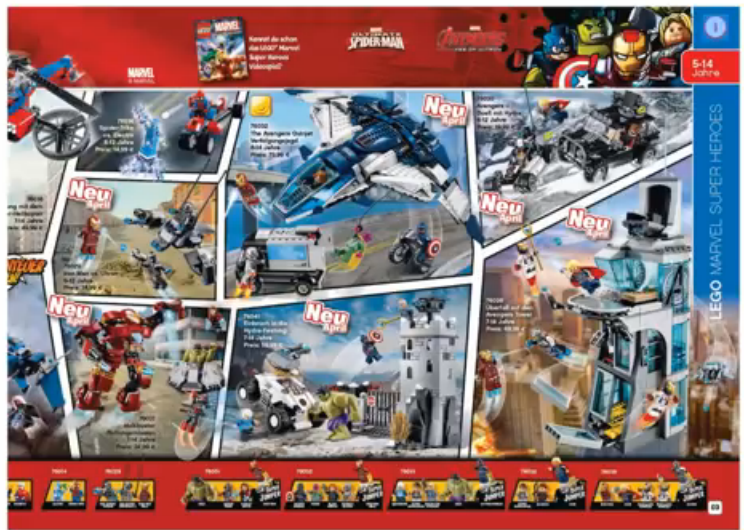 Some pictures are starting to appear of the Lego sets planned to tie into Avengers: Age of Ultron.  I think they look amazing!

In all there appear to be 7 sets:

1) Iron Man vs Ultron - This is a small set that includes some Ultron robots and Iron Man
2)  A Hulkbuster set that has Iron Man's Hulkbuster Armor the Hulk and some Ultron bots
3) An Avengers Jet that appears to be chasing after a truck.  This set includes the Vision.
4) Hydra base / Tower - Has Baron Von Strucker and Quicksilver
5) Hawkeye in a truck and Thor chasing a Hydra agent
6) Avengers tower


You can see some  interesting things here.  The first generation Ultron bots appear to be Iron Man suits and you can see these in the Avengers Tower set.
You also see Loki's scepter appear in a few sets and is being held by different bad guys.  In the Hydra base set Baron Von Strucker is holding the scepter.  In the Avengers tower an Ultron bot / Hacked Iron Man suit seems to be making off with the scepter.
The Scarlet Witch is in the Hulkbuster set.  Is she the one that puts the Hulk in a rage?

A few of questions I have. 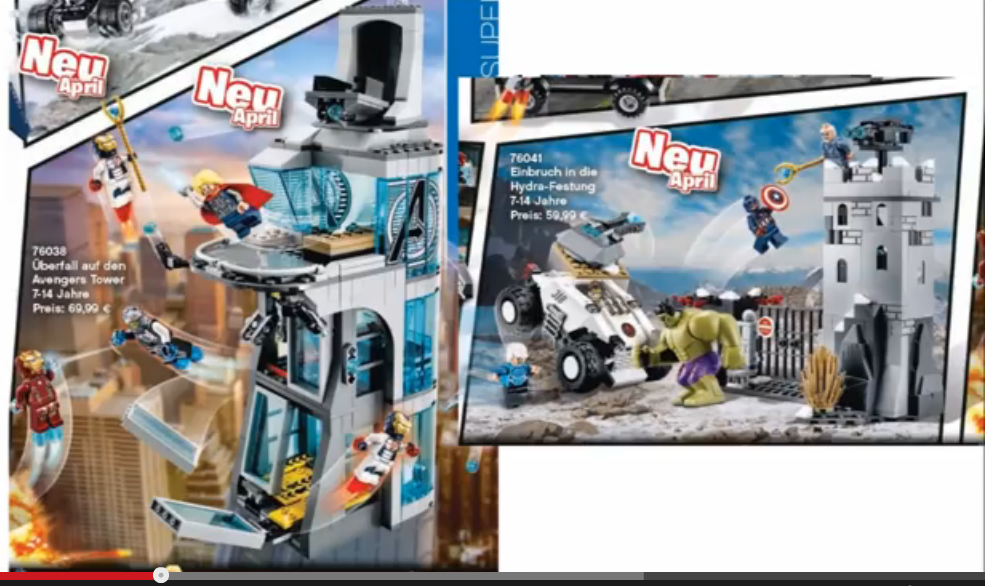 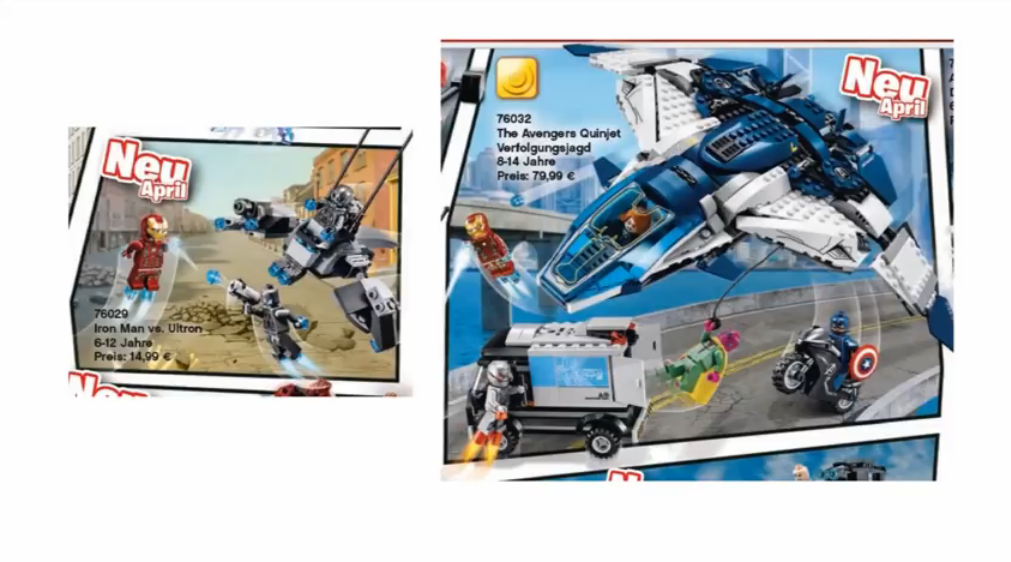