Who is Spider-Girl (Ashely Barton)? 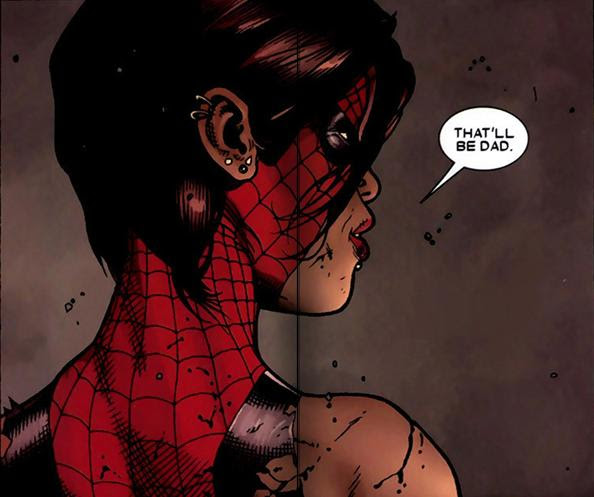 Who is Spider-Girl (Ashely Barton)?

She is a Spider-Girl from an alternative universe (80712).  She is shown to be far more vicioius and brutal than the main (616) Spider-Man.  She is actually known by the name Spider-B#%#% in more mature titles but this is changed when she appears in cross over events to Spider-Girl.

Ashely Barton is the daughter of Tonya and Clint Barton (Hawkeye).  Tonya is the daughter of her world's Peter Parker.  Through her mother she has gained all over Spider-Man's powers.  Disagreeing with how crime is being run her city of Hammer Falls, Ashely creates a super team to take down the Kingpin.  She is captured and is awaiting her execution.  Her father Hawkeye breaks her out of the prison with the hopes of escaping.  Ashely does not want to escape however.  Instead she runs down the Kingpin and decapitates him.  She then claims his empire called the Kingdom of the Kingpin as her own. To her father's terror she sicks her new henchmen after her own him. 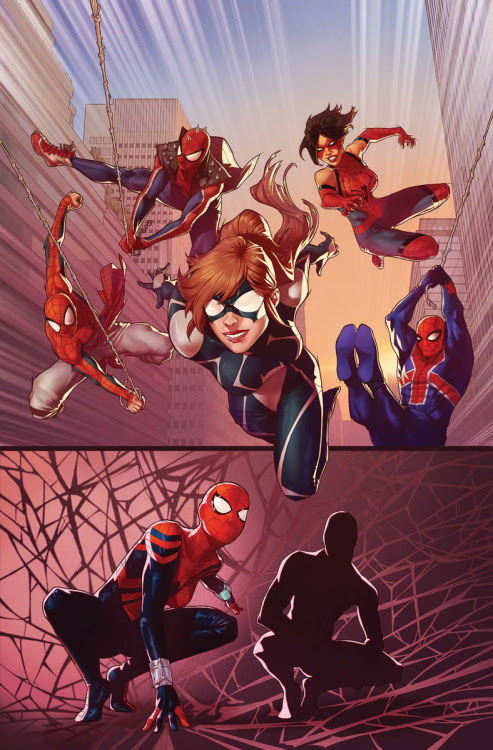 Ashely is recruited by the Superior Spider-Man to battle the Inheritors.  Unlike the other Spider-Men she has no problems with killing.  She is shown shoving a metal sign post through the body of Karn the Inheritor.

Due to her ruthless nature she is brought aside by the Superior Spider-Man along with Assassin Spider-Man.  Superior tells them that the other Spider-Man may not have what it takes to win this war.

Powers:
Same as the main (616) Spider-Man.
She is different in that she is completely ruthless and runs the crime of her city as the Kingpin.