Who is Hostess Spider-Man?

Who is Hostess Spider-Man?

Hostess is Spider-Man appears in Spider-Verse #1.  He is a Spider-Man who appears in ads for Hostess bakery products.  Within the same comic Morlun appears and kills him.
I do not know the technical first appearance of this Spider-Man I imagine it would be a comic in the early 70s the first one that began displaying the Hostess ads.

Powers:
He apparently has the same the powers as the main (616) Spider-Man. I am not sure who made this.  The below is fan art that pokes a little fun at the comic above. 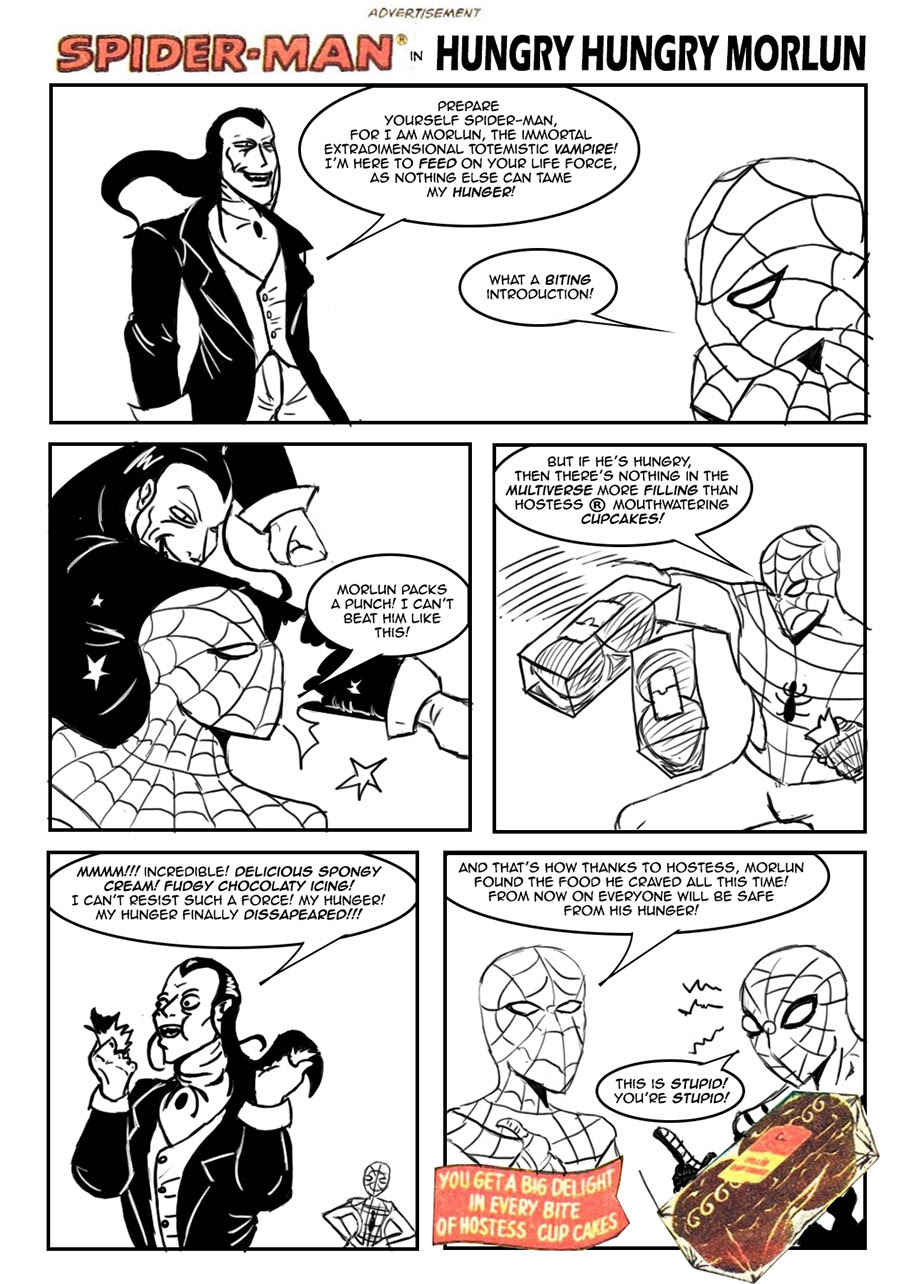