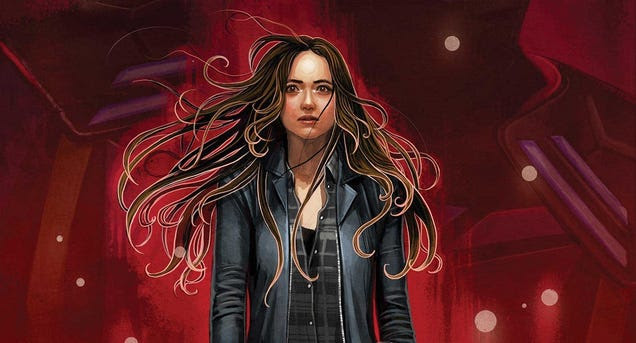 For two seasons of Agents of SHIELD we have been teased by who or what the character of Skye really is.  Today, I am going to reveal it all....SPOILERS


The tale of a girl called Skye
Skye's parents are an Inhuman and a human mutate.  Her father is Calvin Zabo, a human doctor who falls in love with an ageless Inhuman woman in China.  There they have a daughter named Daisy.  The village is attacked by Hydra and Skye's mother is heavily experimented on.  Skye's father a doctor Calvin Zabo finds her and uses her power to piece her back together.  Their daughter Skye has been taken by Agents from SHIELD.  They begin to hunt them down.
Zabo is enraged at both Hydra and SHIELD and to get his vengeance he begins experimenting on himself. He creates a super strength, formula that turns him to a hulking monster.  He calls this formula the Hyde formula.  Eventually the trail goes cold and Skye's mother returns to the Inhuman village away from humanity.  Hyde continues to search even though the search seems fruitless.
Zabo meets a young Inhuman girl named Raina.  He teaches her about her heritage and how she can become transformed if she comes into contact with Terrigen.  Raina leaves him and begins to seek out other signs of Inhumans as part of a Hydra splinter group called Centipede.  As part of Centipede she runs into the SHIELD agent Skye and realizes that she is the daughter of Calvin Zabo.  She works out an agreement with Calvin Zabo and Hydra to attempt to gain access to a Terrigen crystal.

This leads Skye to being exposed to Terrigen herself and her true destiny as Daisy Johnson.


Related:
Who is Daisy Johnson? Aka Skye
Who is Mister Hyde / Calvin Zabo - Skye's Father