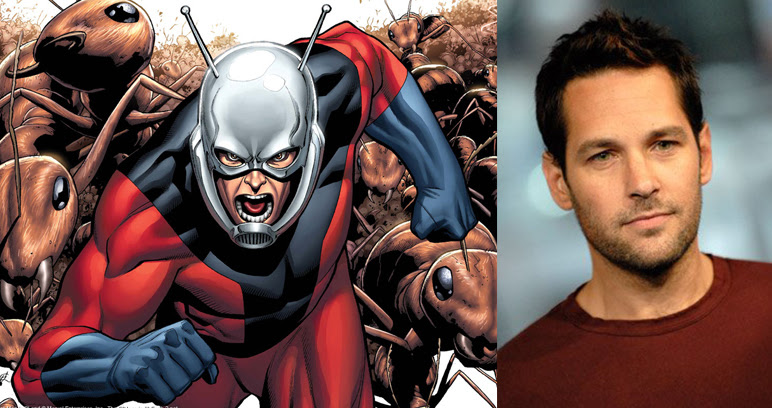 There has been a flurry of Ant-Man news this week.  First it was reported that Peggy Carter would appear in a flash scene with Hank Pym in the Ant-Man movie.

Then it was reported that Scott Lang has been changed from a Conman to a Master Thief.  Curiously, this actually is consistent with the Scott Lang Prisoner Bio in the Seagate Files:
Scott Lang - Seagate Prison File

Below you can see the first clip of seeing Paul Rudd as Scott Lang and Michael Douglas as Hank Pym.

Clip 1 is of Lang and Pym talking.  There is a lot of equipment around they appear to be in a lab.  There is something large and white in a jar on the table.  It almost looks like a white jelly fish, does anyone have any idea what that is?
Clip 2 is of Lang coming up to the Ant-Man suit.  Based off his surprise at looking at the suit, this could be the first time Lang sees the suit.


Here is the full Clip: