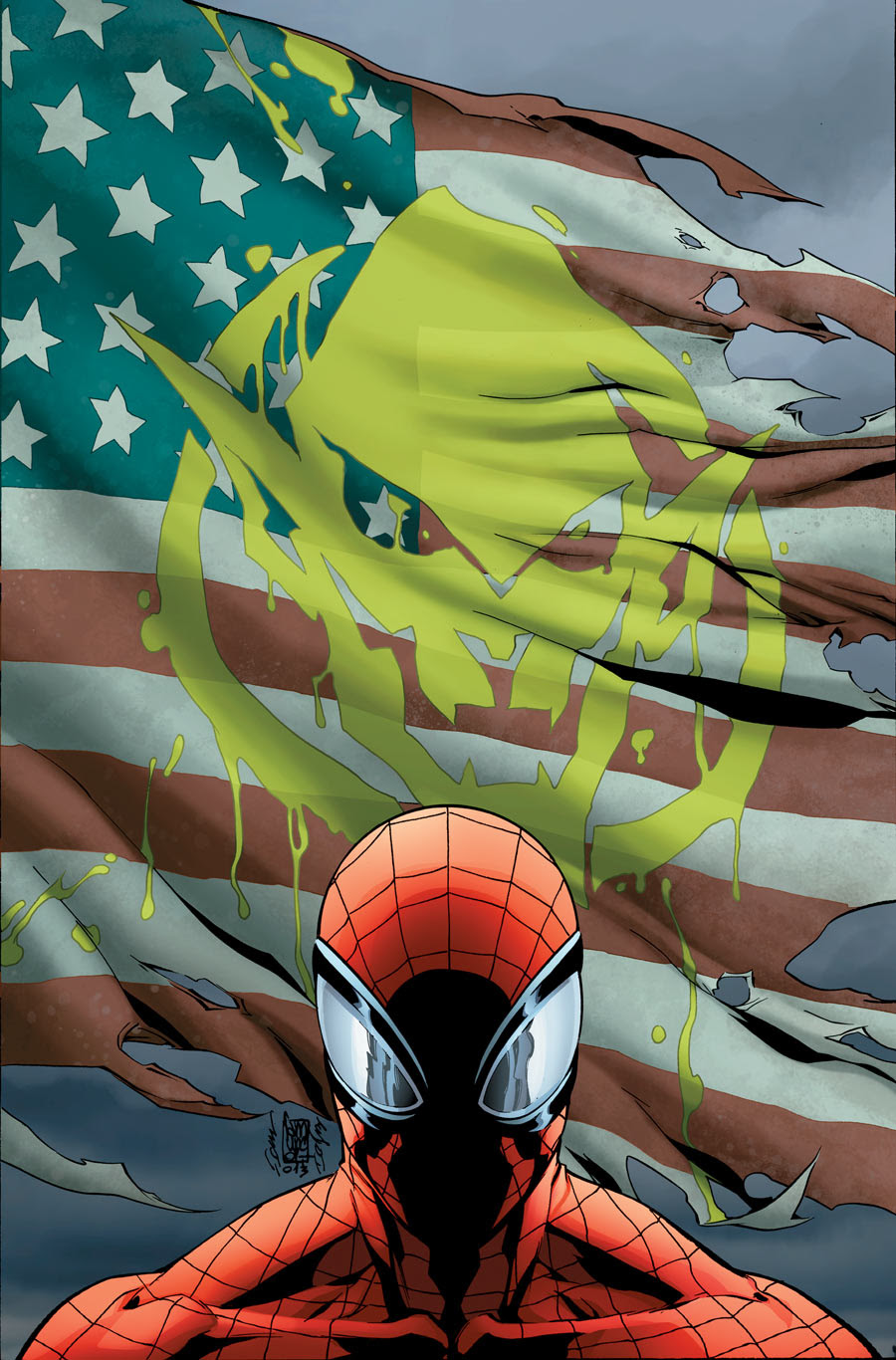 Spoilers, Spoilers and then some Spoilers


Goblin nation is here.  Guess what?  There are a lot of Goblin in this story.  The Green Goblin reveals that he has played Spider-Man and that his forces have been growing under the Spider's nose.  Otto learns what he thought was a minor bug that allowed the Hobgoblins to run free is a major exploit that allowed the Green Goblin build up an army all around him.  When the Goblin drops the gauntlet it is up to Otto to prove once and for all that he is the Superior Spiderman.

Meanwhile, Peter Parker looks for footing in the mindscape but finds more than he bargains for.

The world feels like it comes crashing down in this book.  The art has a great gritty quality that adds to the sense of overwhelming chaos.

Otto Octavius's tenure as Spiderman is reaching its end.  When Parker is back he is going to be handed a city in flames.