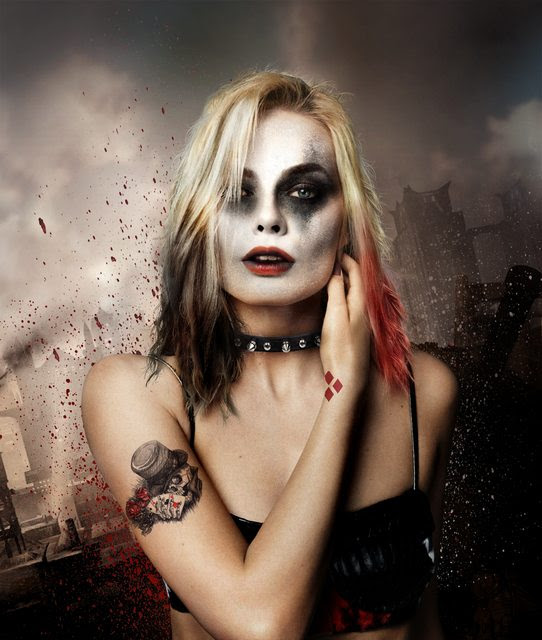 Numerous sites are reporting that Margot Robbie the actress from The Wolf of Wallstreet has reached an agreement to play Harley Quinn in the Suicide Squad Movie.

It should be noted there could be an alternate version of the character in DC's TV universe.  A glimpse of a Harley Quinn character was shown in Season 2 of Arrow.


Margot noted that she was able to play the character in part due to losing the role of Susan Storm (Invisible Woman) in Josh Trank's Fantastic Four film.   As that film has done extremely poorly it seems she dodged a bullet.  Instead, she will enter the superhero genre with the Suicide Squad film.  On the Fantastic Four script she was  gracious:


"I didn't really resonate with the script, and I haven't seen the movie, so I don't really know how it turned out different from the page"

She also mentioned Jared Leto and his version of the Joker.

"What he's doing with the character is so cool"

"At first it was kind of confronting (to be up close , but now I'm so used to it, I think if I ever saw him out of makeup now I would be really confused. Actually, I saw him out of makeup once and I was actually petrified of him. I was too scared to go up and didn't know who that person was, and when he got back into his makeup I was far more comfortable."

She also spoke about the camaraderie formed amongst the actors playing the villains.


"The one common denominator is we're all bad guys, it just makes everything more fun that way. The scenes are more interesting I feel, when you just don't know how the characters are going to react, especially with Harley, who's absolutely nuts… she's either going to kill you or laugh and give you a hug"

What kind of Harley will appear?
In my eyes Harley Quinn can be a very shallow character or an extremely deep character depending on how she is written.  There is a 2d and a 3d version of the character. 2D
The 2d version is a psychotic groupie of the Joker. In this version she is just one of the Joker's typical thugs with boobs.

3D
The 3d version is complicated because she is constantly at war with different aspects of herself.  She is a brilliant, kind, and loving woman full of empathy, who becomes infatuated with a brilliant, psychopath.  In her pursuit of the man she loves, she is forced to horse trade her old values, for his.  She loses herself in the Joker's wants and dreams hoping that he will love her in return.  The Joker meanwhile is busy on his own infatuation with the Batman, and everyone else is simply a tool or a means to be used against the Dark Knight.  He can never return Harley's affections, nor does he really care what damage that might cause her.  Harley in one sense understands the Joker better than anyone, yet she is constantly forcing herself to replace the truth with her own deluded dream version.
She is one sense the ultimate victim of the Joker.  A good person made dark.  The darkness overtaking the light.  Yet every once in awhile, the real Harley surfaces like a bright light in a sea of shadow and shows that good parts of humanity are as powerful as the bad.

Margot Robbie is insanely beautiful.  This is fact.  I have no doubt she can pull off the look of Harley Quinn.  What I do not know is can she pull of the depth of emotional complication in the character.  I don't know.  I have only seen her in one movie.  Will they use a simple 2d version of the character, or the more complicated 3d version.   What do you think? 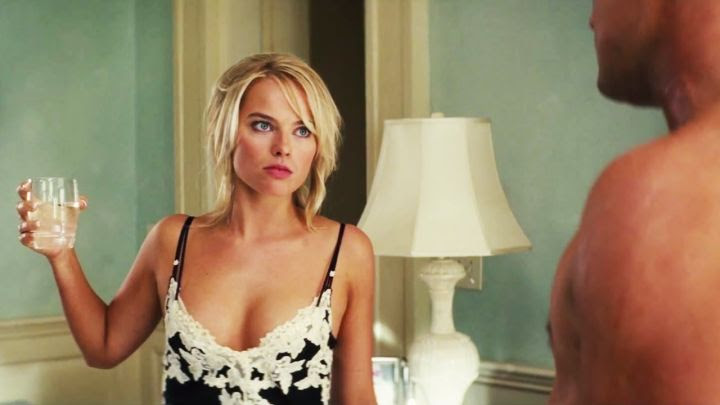 DISCLAIMER: This article was submitted by a volunteer contributor who has agreed to our code of conduct. Toylab is protected from liability under the Digital Millennium Copyright Act (DMCA) and "safe harbor" provisions. Toylab will disable users who knowingly commit plagiarism, piracy, trademark or copyright infringement. Please contact us at ToylabHQ@gmail for expeditious removal of copyrighted/trademarked content. You may also learn more about our copyright and trademark policies
on July 09, 2016