Hunting for the Mysterious City in Agents of SHIELD

Time to put on your Indiana Jones hats true believers, the Agents of SHIELD going after an Ancient City with ties to the Kree Aliens and likely the Inhumans.  I am going to use this post as a hub to store information and link to related info.  Stay tuned, and keep coming back as the information grows.  Also please feel free to comment on your ideas.  I love ideas, and feedback.

The Agents of SHIELD are in a race to locate an ancient city with ties to the blue aliens from whom the life saving GH 325 formula was derived and is important to Skye's family.

The agents now have a map of the city as well as its location.  Unfortunately, so does Hydra.


In a previous post I postulated that the city is Attilan.
What is the City in AOS?

The location given in the episode "The Things we Bury" appears to be an island near Cuba.  This is consistent with the original location of Attilan which was an island in the Atlantic.
Locations of Attilan:
I still think this city is likely Attilan.  However, one thing that bugs me is that the Inhuman's live in Attilan and I don't think the Agents and Hydra are going to crash into Blackbolt's living room.  Or at least they better not or its bye bye Agents.

So this question has me wondering if it is another city.  What are all of the options available?

Options:
This section will be under construction as I add new back up posts on some of these locales.  Stay tuned.

What is the City of Attilan?

2)  Another Inhuman locale - A long abandoned Inhuman outpost / temple.  Perhaps this is a city that predates Attilan.  Perhaps it is the Kree facility that experimented upon humanity and created the Inhumans.  The Inhuman's then created a separate city of Attilan.

Maybe this is a location where Attilan used to be.  Attilan can move, but perhaps it left some substructure behind.

One thought is that perhaps part of the original temple / lab of Randac not within Attilan.
What is the Temple of Randac?

3) Atlantis - Should be underwater but perhaps this is a former temple or fort that was not sunk.

4) Deviant Lemuria - Also should be underwater

6) Kun Lun - Interdimensional ancient city tied to the Iron Fist mythos.  Does not seem to fit.

7) Olympia - Mountain city of the Eternals - this is interesting because Skye's mother did not age like an Eternal.

8) Subterranea - Could Skyes father be a version of Tyranus an ancient scientist who once battled Merlin?  His home was in a vast underground network of caves home to various underground people called Subterranea.  A fountain of youth is also locaated here that could explain the lack of aging in Skye's mother.

9) Kamar Ta - I have seen mentions of a city in the Himalayas called Kamar Ta.  I can not find anything more about it.

10) A Preist of Palma Temple - I think this was located in Vietnam.  This is where the plant aliens the Cotati fled from the Kree.  A group of Kree calling themselves the Priests of Palma protect one of the last Cotati. They are looking for the perfect human female "the celestial Madonna" to  mate with the last Cotati, and create a messiah.  In the comics the Celestial Madonna is revealed to be Mantis.  Mantis has long been considered the potential identity of Skye so this theory has some legs. With the heavy Kree connection this is a possibility.
Who is Mantis? 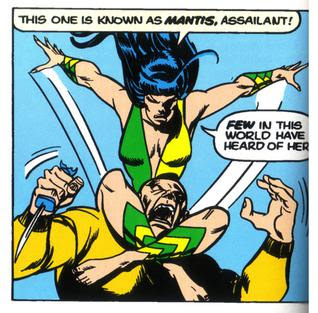 Are there any other options you know about?

I personally am not discounting the Lemurian connections.  There was one Lemurian easter egg in Captain America 2.  The ship in the beginning of the movie is called the Lemurian Star.

Comic tie ins? Marvel may be giving us hints in there ongoing comics:

Inhumans #8
Also when I have a moment I am going to review the current Inhumans line.  I HIGHLY recommend people start picking this up because I think they are tying these to go along with Agents of SHIELD.


Also in Captain America #2 (Highly recommend picking up as #1 kicked butt) Captain America is shown fighting Cross Bones in a Hydra Facility full of models of cities.  Some of the cities look ancient.  You can clearly see one that looks like a tower.  I do not have any background on what is going on here but it is worth checking out.
Related:
What is the City in AOS?
What is the City of Attilan?
Did Agents of SHIELD just introduce Skye's mom?
on November 19, 2014