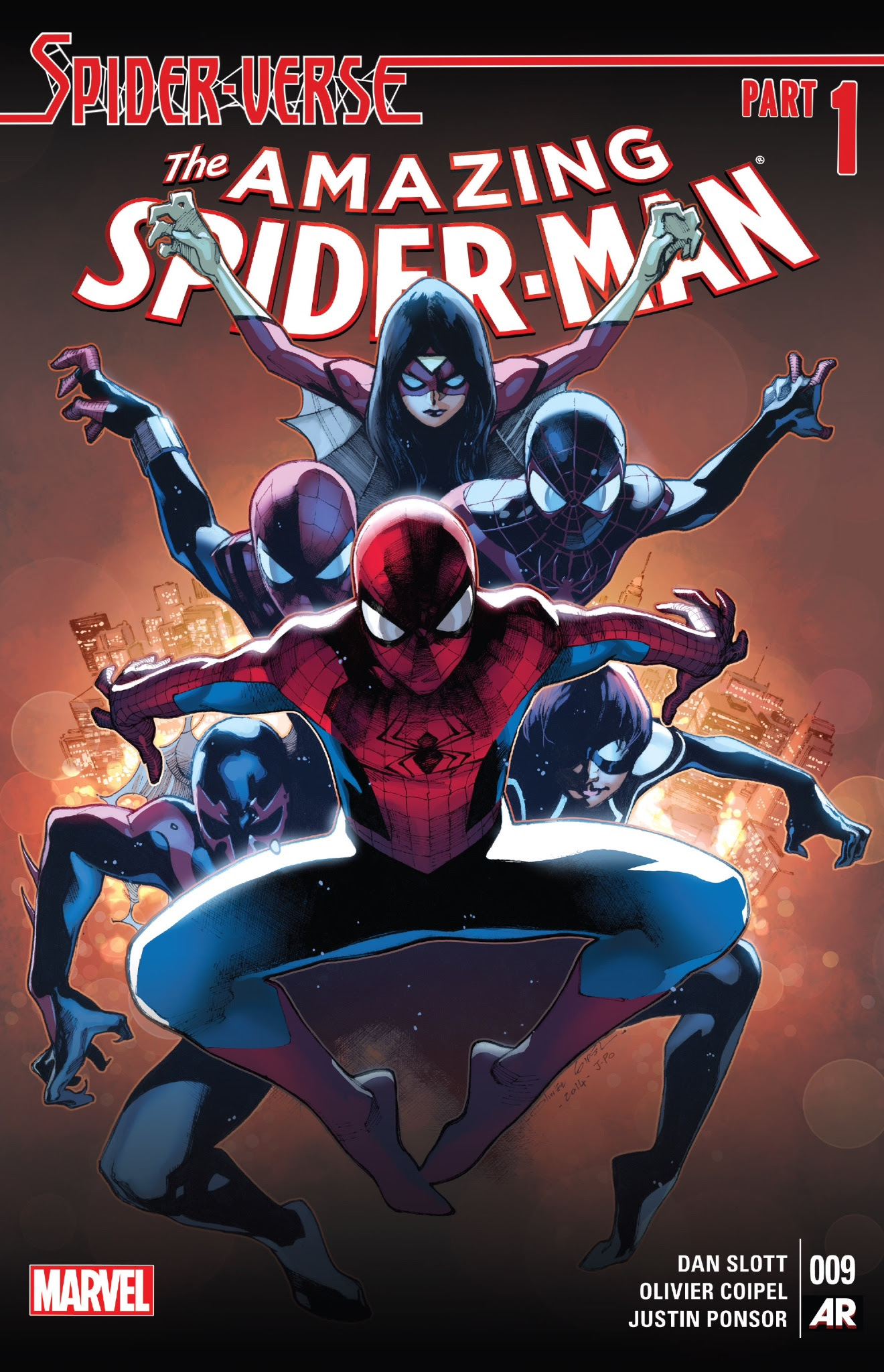 This is the intro into the main Spider-Verse Event.  Yes, Marvel has set up lots of moving parts with the previous series Edge of the Spider-Verse but this is where all of those pieces begin clicking together.  There is a lot in this book and almost all of it is awesome.  If you have been reading any of the Spider-Verse books you will recognize the survivors of those one shots here.  What is nice is even if you have not read any of the Edge of the Spider-Verse stories this book does feel like a fresh beginning.  While, Morlun has been killing spider totems throughout the multi-verse this is Peter Parker (616) introduction to the events that are unfolding.

I would say that this story has some very dark elements and some young people may find it especially disturbing. 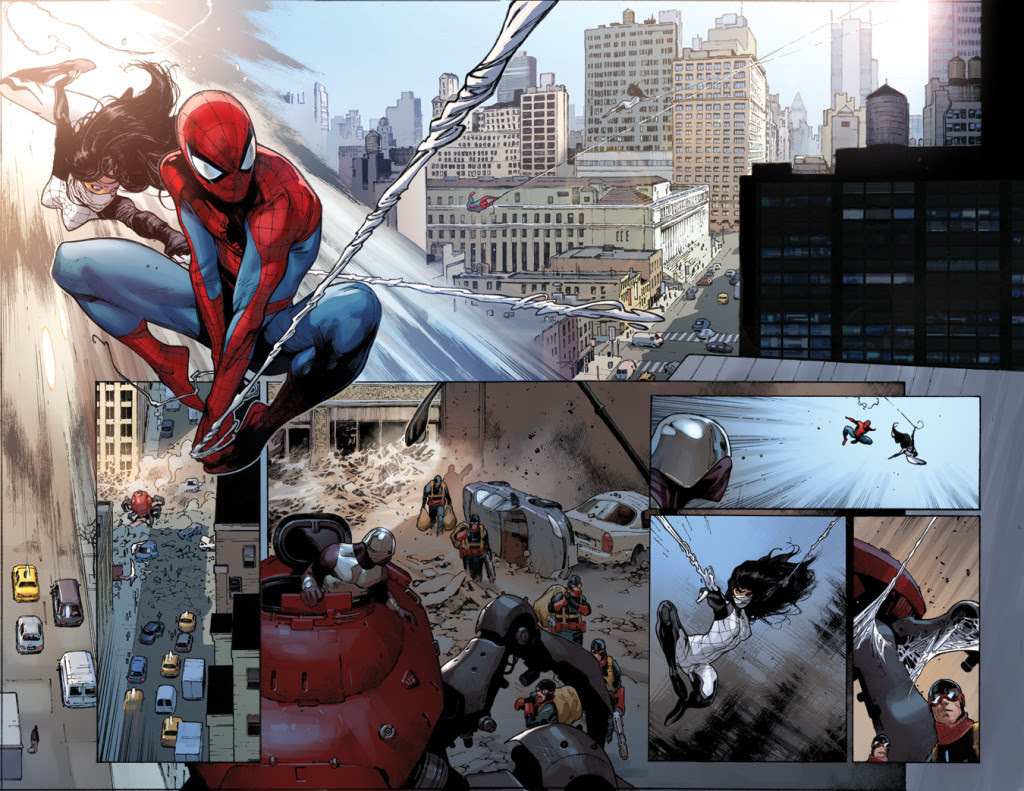 The comic shows Morlun creepily killing a Spider-Man who lives on the Moon.  This dark scene sets the stage for dark, powerful and rather morbid villains that the Spider Army must face.

Two teams of Spiders are shown rescuing specific Spider-Men.  The first team rescues Peter Parker 616, they claim he is important because he is the only one who has killed an Inheritor before.  This is someone of a moot point because Morlun has returned to life after being killed.  Silk is also picked up with Peter.

The second Spider-Man rescued is Kaine who is called the "Other".  He also is deemed important for his status as the "Other".

In these missions we see more of some of the Spider-Men variants introduced in the Spider-Verse theory.  Like Spider-Gwen and Spider-Ham. 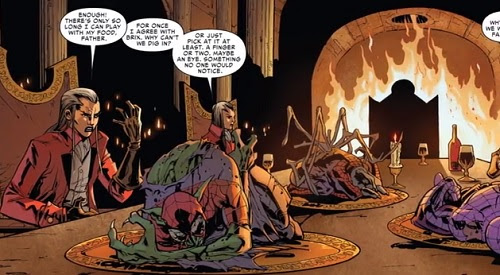 We are also are given a view of the Inheritors getting together to eat dinner.  Here we get a sense of the different personalities of each of the Inheritors.  For the most part previous Spider-Man stories have focused almost entirely on Morlun.  Morlun it seems is important, he deemed by his father to be his heir.
We also see that the Inheritors have captured a huge Spider-Man called Master Weaver who sits in a massive web.  It is this web that the Inheritors use to traverse dimensions and hunt totems.
For dinner each Inheritor brings a totem to the table ...alive but beaten up versions of Spider-Men.  The father makes the Inheritors wait for Morlun who is apparently late.  When he arrives....They eat.  UG.

Ratings
Story - 4 -  A lot is juggled here but it all juggled well.  The characters, the missions, the villains are all introduced very fluidly here.

Action - 3 - For the most part the Spider-Men just run.

Extras - 5 - This is the first book of the Spider-Verse event.  I also feel like it may have some historical firsts regarding the team ups of certain Spidermen as well as showing certain Inheritors.

Overall - 4 - A great book to an event that I am very hopeful about.

Variant Covers:
I do not have this cover but I think it is sweet.  It is a cover by artist Pasqual Ferry.  My personal preference is for the Black and White sketch version.

There is a super babies cover featuring the work of Scottie Young.

There is also this Groot and Rocket Racoon cover.