I thought this was really cool.  To promote tonight's episode of Arrow they tweeted a mini comic using the characters and tonight's story.  Tonight's episode has Oliver (Arrow) hunting down an obsessed fan trying to get his attention by murdering people with...arrows.

What do you think?  I really like this idea.  Kudos to the promo team behind Arrow for a great idea. 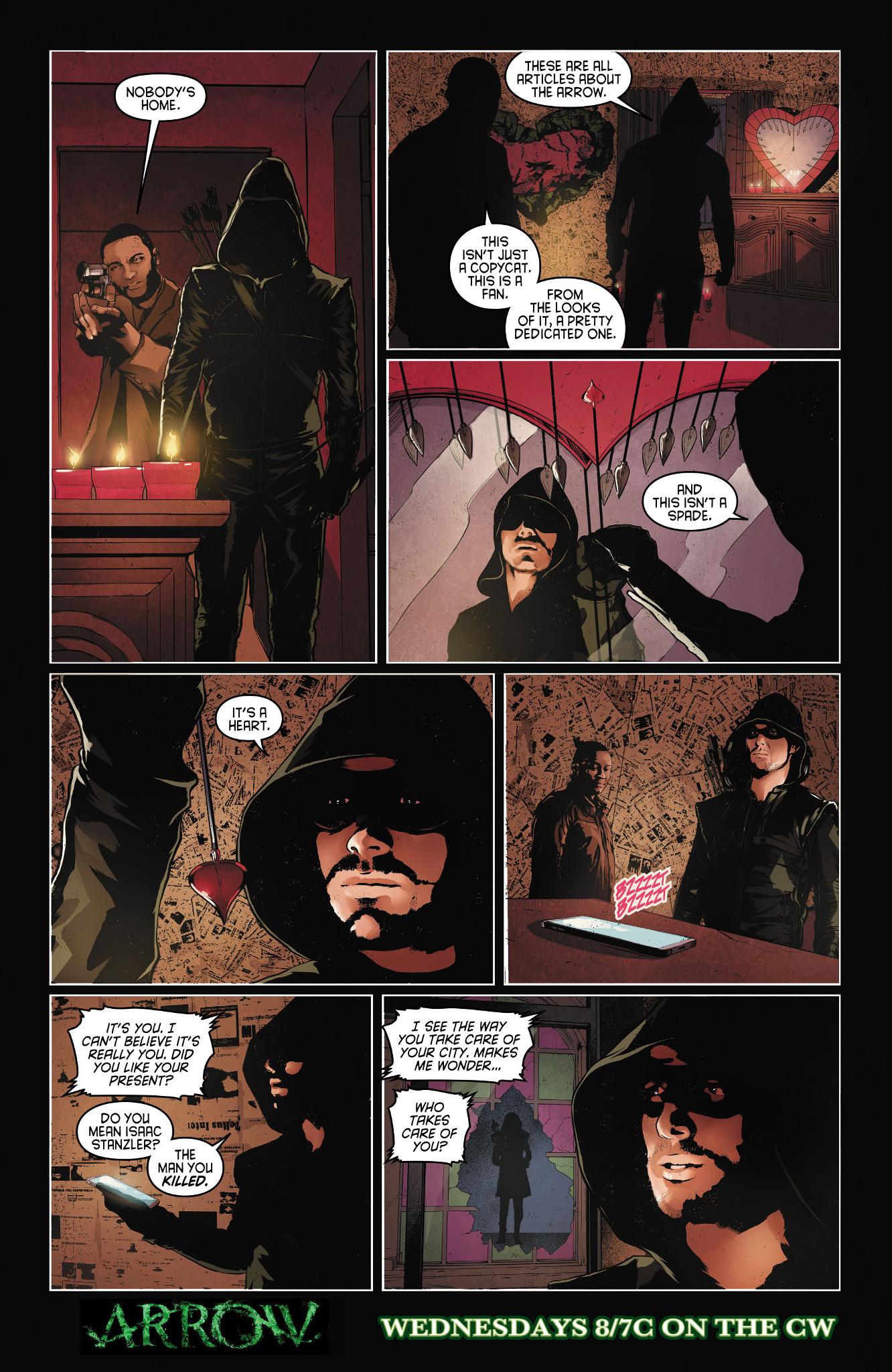 They also tweeted out a picture of Black Canary and Arsenal in their masks.

Oliver (Stephen Amell) must stop an Arrow-obsessed serial killer, Carrie Cutter (guest star Amy Gumenick), who is convinced that The Arrow is her one true love and will stop at nothing to get his attention. Unfortunately, her way of getting his attention is to kill people. Meanwhile, Ray (Brandon Routh) asks Felicity (Emily Bett Rickards) to be his date for a work dinner with important clients. Thea (Willa Holland) auditions new DJs for Verdant and meets Chase (Austin Butler), a brash DJ with whom she immediately clashes.