What is Iron Man Armor Model 5? What is Iron Man Armor Model 5:  The Classic Armor

In the comics model 5 appears in Iron Man 3 Volume 1 and generally lasts through Iron Man 85.  The look and feel of the armor represent Iron Man's classic and perhaps most well known appearance that remains fairly constant through Iron Man #200.  The suit is repaired, rebuilt, and altered slightly.  This is the first suit that is also made capable of survival in space.

Tony build multiple versions and Marks of the model 5.  He had multiple suits stashed in various places like the Avengers HR, and his office in case an emergency arose. 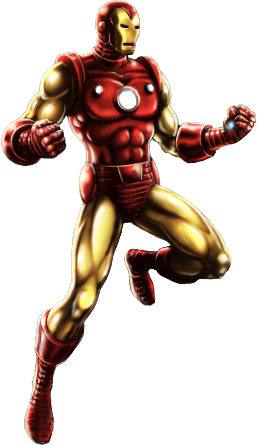 With models 3 and 4 Stark had worked on creating lighter, flexible, powerful suites capable of flight.  These ideas all culminate Model 5.

The biggest upgrade was power supply the model 5 has a mesh of micro transistors that have far more power than any of the previous models.

Power:
The biggest upgrade was power supply the model 5 has a mesh of micro transistors that have far more power than any of the previous models.
Thermocouple and Thermocircuits allowed the suit to draw power from heat

Miniaturization
This model could fit into a suit case.  It was far lighter than the model II.
It was maintained the easy fit design and Stark was able to put on the suit in the time he could but on a suit.


Controls and Communications:
Most of controls are done through the belt buckle or wrists
Has radio and emergency broadcast - uses an antenna that comes out of his shoulder
No AI or computer
Sound Application - Could tune in and amplify sounds for listening to distant conversations or sounds.  Used tunable electronic listening adjusted through his ear piece on his helmet.
Variobeam tracker - senses radioactivity
Radar


Survivability:
The Model Mark II was capable of surviving in space and under the ocean.

Flight:
Included Jetboots with controlling gyroscopes in the boots for fast and mobile flying.
Initially, did not have power to cross the country so Stark had to fly on airplane with the suit when traveling long distances.

Protection
Magnetized Outer-shell helps prevent projectiles or from blunt attacks
Refractory Coating - Prevented energy blasts from damaging the armor
Holo Emitters- create distracting holograms
This model also was the first to use various methods to ensure that it was not Stolen.  The case that contained would release a sleep gas booby trap if picked up by a person other than Stark.
It also had an explosive inside that could be triggered by Stark in advent it was stolen.
Mini Fire extinguisher - used a special cocktail of chemicals to put out fires 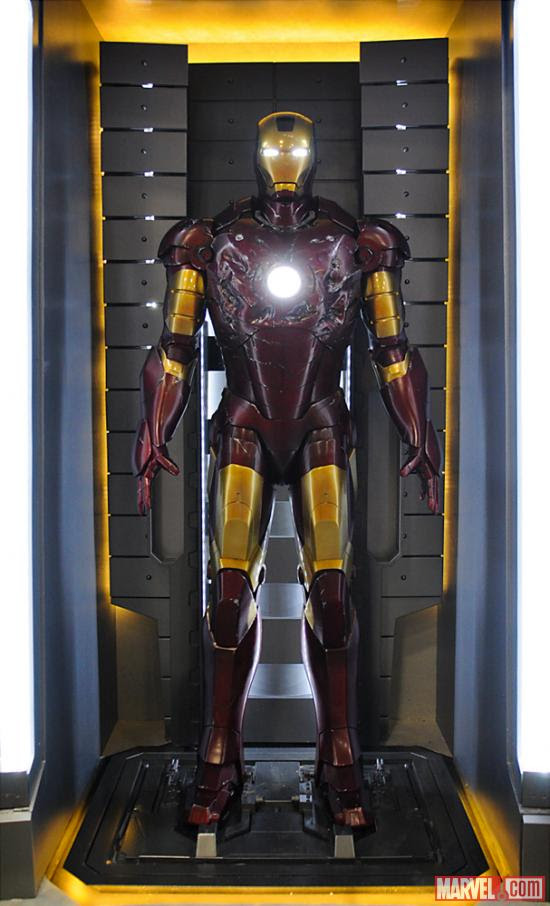 The Armor that relates the best to the Model 5 Armor in the film universe is the Mark III.  In this armor Tony has upgraded the AI and weapon capabilities and added the ability to fly at high altitudes.

This is the suit used in the battle against the Iron Monger in Iron Man I.  The suit is heavily outmatched power-wise by the massive Iron Monger suit however its high altitude capability due give it one edge and that is exploited by Stark in the battle.

While baddy damaged in the battle the Mark I appears in the Hall of Armor.  The armor is seemingly destroyed in Iron Man III when the Mandarin attacks Stark's Malibu mansion causing it to fall into the sea along with his hall of armors.

Offensive systems:
Repulsor energy blasts out of its hands,
Anti Tank Rockets
Unibeam - Fired from chest
Flares - Not a primary attack mechanism.  Used signal, to draw away heat seeking missiles, and distract.  The flares were used to distract Obidiah Stane in his Iron Monger suit.  This prevented Stane from crushing the Stark.