What is the Iron Man armor Model I Mark I? 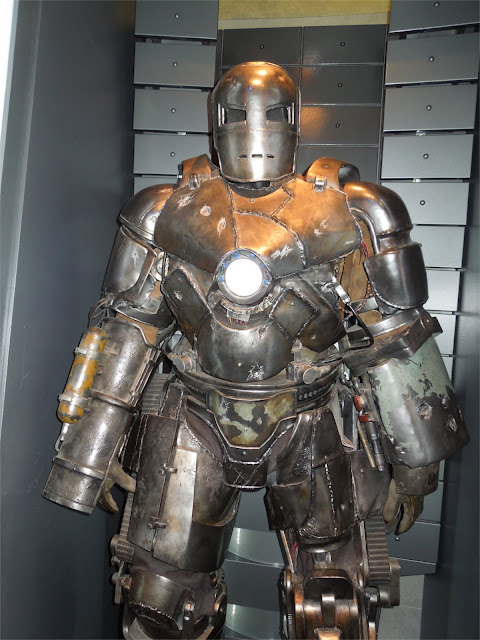 What is Iron Man armor Mark I?  This is the original Iron Man armor created by Tony Stark and Ho Yinsen.
The armor is painted Gold and used on Stark's first forays as a super hero.

This is the original Iron Man armor that Tony Stark created while in captivity.  It was designed by Stark alongside fellow captive scientist Ho Yinsen.  Stark uses the armor to escape and get revenge on his captors for the death of Ho Yinsen.  When he returns to the States Stark decides to begin using the armor to defend the weak and protect America from communistic threats.  He realizes the armor is too scary and intimidating so he paints it gold to appear like a gold knight.

He wore this suit for a quite awhile even through some Avengers missions but eventually was forced to upgrade the armor after a battle with the villain Mister Doll nearly killed him.


DISCLAIMER: This article was submitted by a volunteer contributor who has agreed to our code of conduct. Toylab is protected from liability under the Digital Millennium Copyright Act (DMCA) and "safe harbor" provisions. Toylab will disable users who knowingly commit plagiarism, piracy, trademark or copyright infringement. Please contact us at ToylabHQ@gmail for expeditious removal of copyrighted/trademarked content. You may also learn more about our copyright and trademark policies