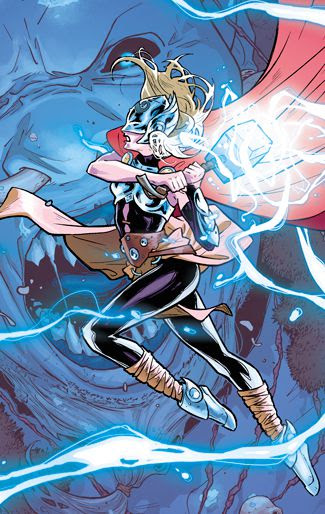 It is new comic book day!

What should you pick up?

Related:
Comic News! All the Time

Batman Eternal
There is always a new Batman Eternal, I have had trouble keeping up with its weekly pace but still always find it to be a high quality book.
Batman Eternal #1 - Awesome Start

Edge of the Spiderverse
Like Batman Eternal I have had a tough time keeping up with all of the spider verse books but so far have found them all to be good.

Bucky Barnes the Winter Soldier
Things became interesting for Bucky during the Original Sin story line.  He ended up becoming the temporary ruler of an alien race........Yeah things were interesting.

Guardians 3000
Return of the original Guardians of the Galaxy.  They look pretty sweet with modern artistic updates.

Captain America
Who will carry the SHIELD?  I know this gimmick has been done before but I always buy them and enjoy them.

Wytches
I know nothing about this book other than it is written by Scott Snyder and that everyone who read it, LOVES it.
My number one recommendation, based off the herd is this book.