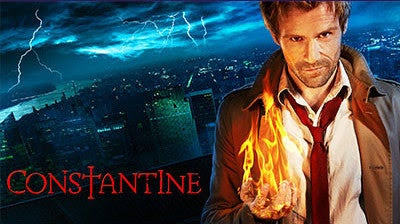 Welcome to the Constantine page.  Home of all the latest news and speculation on the show.

Constantine has officially been canceled however Matt Ryan as Constantine may still appear in other DC shows.  I know that is not nearly as good as seeing him in his own series.

Promos:
Save Constantine make some noise with #SaveConstantine!
Constantine's first trailer
Promo of Episode - To Hell and Back S1 finale

Characters:
Who is John Constantine?
Who is Chas the immortal cabbie?
Who is Zed the radiant psychic?

Synoposis from IMBD:
A man struggling with his faith is haunted by the sins of his past but is suddenly thrust into the role of defending humanity from the gathering forces of darkness.