This post may sound like one of those,  "Who is the baby's daddy" episodes from Jerry Springer, but bear with me because many people want to know the answer to this question.  The question  will also likely determine what stories are told in the Guardians of the Galaxy sequel.

Update: July 25, 2016
Kurt Russell will play Starlord's father.  Honestly, I think Russell looks a lot like J'son who Gunn initially said was not the father.   It turns out the character is not J'son it is..... See bottom of page if you want to know.   I don't want to Spoil it.

So without further a do :
Who is Star-Lord's father?

The movie Guardians of the Galaxy ended with a big mystery.  Nova Prime one of the most knowledgeable characters in the universe tells Star-Lord she has never seen anything like his DNA.   This means that his father is something very unique and special.
In the Marvel comic universe Star-Lord's father is not that unique.  His name is J'son and he is an emperor of a large empire called the Spartoi Empire.  The Spartoi appear to be very human looking and not very unique.

We know that J'son will not be his father in the movie because James Gunn has directly said so.

"It's definitely not the character who it is in the comics, I'll say that much "

So who is Star-Lord's father? 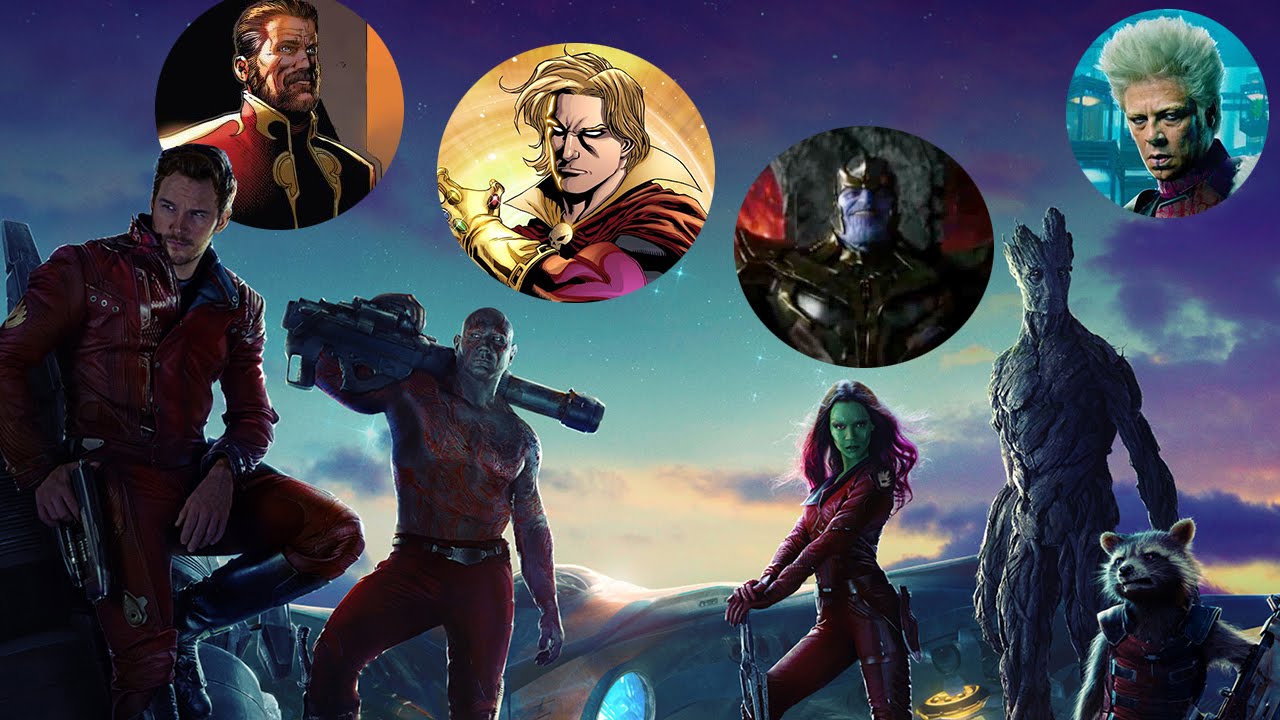 I have heard theories that include many characters Adam Warlock, Starfox, Mar Vell, a Celestial, Blackbolt, Thanos, and Star Hawk.
Facts:

I think Starhawk, Vance Astro and Warlock make the most sense.  I don't think his father is an inhuman like Blackbolt because I don't think Gunn would have the power to mess with that franchise in such a drastic manner.  Starfox who is Thanos's brother would be interesting because it would make him the nephew of Thanos but Starfox has immense baggage.  Also Gunn has hinted that Thanos may not be in sequel which would seem to pour cold water all over that theory.

Lets look in detail at the best options:


1) J'son
While Gunn has said the character is not J'son.   Maybe it could be a tweaked version of J'son that would still keep parts of the character intact.

2) Adam Warlock
He has a long story and is a lock for the sequel it may make sense to merge his origin story with Star-Lord's.

3) Vance Astro
For more on Vance Astro see:
One more character from the old Guardians of the Galaxy is said to appear in the sequel.  They will likely be altered and could be changed to be Star-Lord's father.


Who is Vance Astro? Is he Starlord's father?

One more character from the old Guardians of the Galaxy is said to appear in the sequel.  They will likely be altered and could be changed to be Star-Lord's father.

Who is Starhawk? Is he Starlord's Father?

5) Yondu
For more on Yondu see:
Some people have said that because Yondu calls himself an "Angel" at one point in the movie he is actually Star-Lord's real father.  I don't think it makes any sense but it is still a popular theory.

Who is Yondu? Is he Starlord's father?

6) Thanos
Some may dismiss this as it seems very different than the comic.  However, Thanos has had his biggest appearance so far in Guardians, and is already tied to the characters of Gamora and Nebula.  By making him Starlord's father it would really help sew the stories of Gamora, Nebula, Thanos and Starlord together cohesively.  This would also in a Star Wars like twist make Gamora into a kind of sister of Starlord.
Further evidence of this is when in an interview Bradley Cooper blurted out that:
“But Josh Brolin’s the villain, no? Or he’s the main villain, no? He was in the first one, he played whatshisname’s Dad. You know who I’m talking about? The Dark-Lord… the main guy.”
It is hard to say if Cooper really knows who Starlords father or perhaps he simply mispoke.  However, one would assume that he does know who it is and perhaps let a major spoiler slip.

Who is Thanos? Is he Starlords father?


7) Mar Vell
This is the theory being put forth by Heroic Hollywood.  While the comic version of Mar Vell is a kree and what not have been highlighted as an unusual being, the claim here is this version will be Inhuman.  An inhuman would register at Nova Core as an obscure ancient being.

What makes this potentially even more interesting is that Coulson at one point was suspected of being Mar Vell.  If both theories were true Coulson would be Star Lord's father.

Who is Mar Vell and is he Star Lord's father? What options do you think make sense?


Updated So who is Starlord's Father out of all of these options....none of them.


8) Ego the Living Planet
Star Lord's father will be Ego the Living Planet.  It seems that Ego will have designed a anatomically correct body to try living as a human in.   At some point he visited Earth and conceived Peter Quill.  Ego will be played by Kurt Russell in the film.
Check out the link below for more information on Ego as well as pictures and video of Ego's costume in Guardians of the Galaxy Volume 2.