Who is the Griffin? 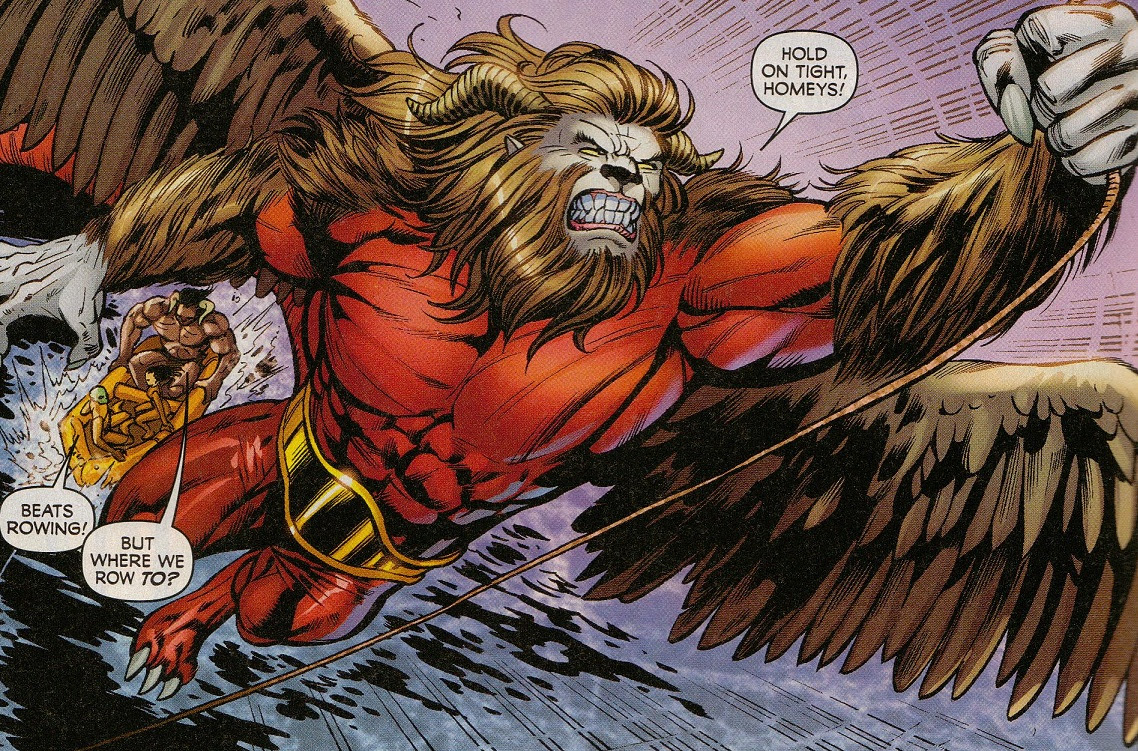 Griffin is a super villain with the similar make up of a manticore.  He has eagle wings, a lion's mane, sharp teeth, lion paws for hands and a dangerous tail.  He is super strong, can fly, and typically very angry.

His first mission is to hunt down and kill Beast and Angel from the X-Men he fails and ends up in jail.  He escapes by faking illness.  He then begins to hunt for the scientists of the Secret Empire to be changed back to normal.  He is unable to find them.

Power:
Super strength, agility, durability, speed, and reflexes.  He has wings that can be used to fly.  He has jaws with razor sharp teeth that can slice through metal.

He also has the telepathic ability to control birds.

Marvel Cinematic Universe:
In Agents of SHIELD John Garret tells Ward a story about how he once brought Johny Horton into the fridge and he had lion paws for hands.