Blizzard is a super villain who has the ability of freezing objects.  He is known as a villain of the hero Iron Man.  There have been three men who have worn the Blizzard and used the persona.  The Donnie Gill version of Blizzard appear in Season I and II of the TV series Agents of SHIELD.

Gregor Shapanka:
Gregor Shapanka is a  Hungarian scientist who believes that cryonics can help him become immortal.  He begins to steal from his employer Stark Industries.  Eventually he is found out and fired.  Angry at being sacked he raids a special devices vault of Stark Industries and takes special cold inducing devices.  Gregor uses the devices to become a super villain under the moniker Jack Frost and has the ability to fire cold blasts. Attacking Stark Industries to get vengeance he takes both Happy Hogan and Pepper Potts hostage before being beaten by Iron Man.

Unhappy at being beaten Gregor builds a new more powerful cryonic suit and dubs it the Blizzard suit.  Using the name Blizzard he attacks and nearly kill Iron Man.  Only the intervention by Pepper Potts allows Tony to survive.  Tony outsmarts the Blizzard and when the villain's new powerful suit short circuits Iron Man takes him into custody.

Gregor joins a group of villains hired by longtime Stark rival Justin Hammer to take on Iron Man next.  He joins Backlash and Melter but is defeated when Iron Man receives help from his new body guard Bethany Cabe.

He joins with Elektro and his suit temporarily joined to his body and then later removed.  Gregor is blasted into dust and killed off permanently by an evil future Iron Man from the year 2020.  He has not been revived...yet. 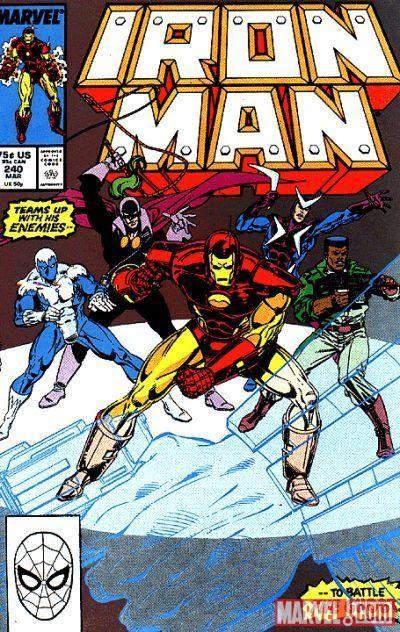 Though the first Blizzard did not turn out so well Justin Hammer has kept the suit and decides to look for a new man to fill it.

Donnie Gill is a criminal, and a low level thug for hire.  Justin Hammer hires Donnie Gill to hunt down one of his super villain creations named Force.  To accomplish his mission Hammer gives Gill a special suit that provides special cold powers.  Cyro chips that allow the user to freeze thing and fire cold blasts.  Eventually, Gill rebels against Hammer and sees that he can profit from the suit more on his own.


Gill takes the suit and goes on to create a career as a super villain.  Since he really is not a mastermind he is often teaming up with other supervillains either in a team or as a lackey.  He is constantly beat down down by Iron Man.

Powers:
Gill has a suit that can freeze, fire cold blasts, and even create a blizzard.

Agents of SHIELD introduced Donnie Gill in the episode "Seeds".  He is the highest rated SHIELD engineering cadet since Fitz.  Fitz immediately takes a liking to Gill, however he soon discovers that Gill is involved with Ian Quinn.   Ian Quinn wants Gill to build a weather machine.  Gill needed Fitz to fix a part of his machine and hatched a plot to lure him to the academy.

The machine goes hay wire creating a massive super storm.  Gill tries to shut it down.   Gill survives the storm and is captured by SHIELD.   As he is taken away he writes on the window with his finger.  His finger seems to generating frost indicating he has been biologically altered by his machine.

Donnie returns in Season 2 of Agents of SHIELD as a brained washed thug of Hydra.  He is seemingly killed during his mission and falls into the ocean.  Gill has not returned in Season 3 or 4 of the show.