Who is Agent 33? Agents of SHIELD 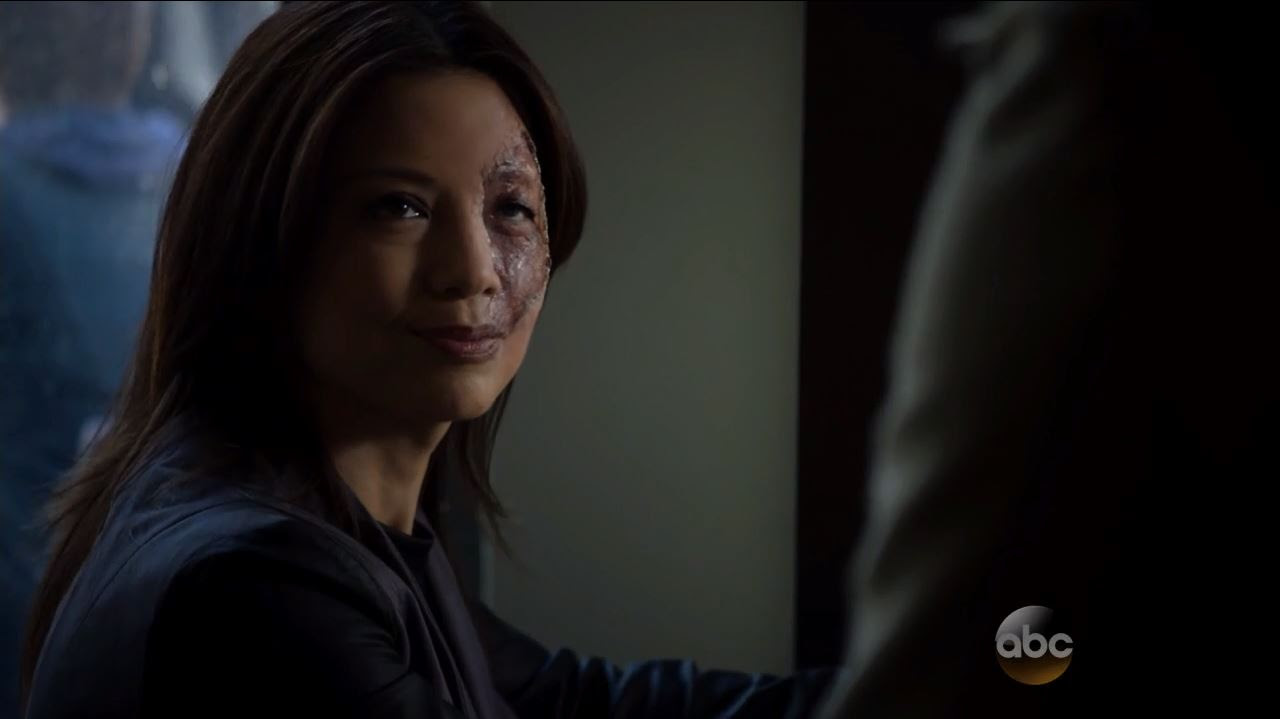 Agent 33 will appear in episode 3 of Season 2 of Agents of SHIELD.  She will be played by actress Maya Strojan.

In episode 3 Agent 33 is held captive by the Kraken who brain washes her throughout the episode.   It is not clear exactly what the Kraken wants with her but she must be important to demand this much effort.  Perhaps, she knows more about the obelisk or those that took it.

Agent 33 then infiltrates SHIELD using a special mask that gives her the face of Agent May.  She is found out and ends up battling the real agent May.  During their struggle, Agent 33 face is badly burned with electricity.  The burned mask is bonded to her face and she is forced to wear it.

In Midseason Finale, Daniel Whitehall appears to be slain.  Agent 33 and Grant Ward leave together away from the SHIELD forces.


Related
THE HUB - All Agents of SHIELD news, theories and speculation
What is the Obelisk? is it a Terrigen Crystal?
Hidden Gems in Season 2 of Agents of SHIELD (Check back this is updated)


Comic Version:
Agent 33 has only appeared in 3 comics.  She appeared in Hercules and the Heart of Chaos where she recruits Hercules for a mission for SHIELD.

In the comics Agent 33 is a  SHIELD historian and researcher who specializes in Greek Mythology.  Nick Fury tasks Agent 33 with recruiting demi-god Hercules to battle the Greek god of War Ares.

Does Agent 33's appearance mean that Hercules could also appear on the show?  It is certainly possible.  It may hint that the Agents at the very least have need of specialist in history and research which opens up quite a few interesting doors in the Marvel Universe.  Perhaps, she could even shed some light on the legends surrounding Skye's origin.

If Skye is an Inhuman she could be researcher of their history.

Actress Maya Strojan has formerly appeared on the show Castle

Related:
THE HUB - All Agents of SHIELD news, theories and speculation
What is the Obelisk? is it a Terrigen Crystal?
Hidden Gems in Season 2 of Agents of SHIELD (Check back this is updated)
Is Skye's father the evil Maximus the Mad?
Who Are Skye's Parents #1
Is Skye an Inhuman?
on September 30, 2014