Ti Asha Ra - Super secret character in the Guardians of the Galaxy movie?

Ti Asha Ra is a character who has appeared in Thor comics of the Marvel universe.  The character of Ti Asha Ra may be in the Guardians of the Galaxy movie.

Who is Ti Asha Ra?
Tasha Al Rasha is not a major character she has shown up mostly in Sif, Beta Ray Bill, and Journey into Mystery stories with Beta Ray Bill.  She has to date only appeared in 7 comic books.

She is one of the last Korbinites left along with Beta Ray Bill.  As such both her and Beta Ray Bill feel a pressure to try to be together so their species can continue.  Unfortunately, neither feel immediately attracted together but this begins to change as they go on adventures with each other.


In the Beta Ray Bill God Hunter storyline Beta Ray Bill is bent on vengeance.  Bill's people the Korbinites were wiped out by Galactus the World Eater and  Beta Ray Bill wants to kill Galactus once and for all.  He proceeds to arrive at planets that Galactus is targeting before Galactus can get there, he then moves the people there and then destroys the planet.  This is an effort to starve Galactus.

It works and Galactus begins to wither away.   The Silver Surfer intervenes and convinces Beta Ray Bill that Galactus fullfills some unknown cosmic need and if he dies it will have dire consequences for the universe.   Beta Ray Bill then relents on his quest for vengance.

A grateful Galactus gives Beta Ray Bill a parting gift of sorts, he creates Ti Asha Ra.  Ti Asha Ra is a Korbinite like Bill.  There are now two Korbinites to carry on their species.

Secret Wars:
A version of Ti Asha Ra appears as a Thor in Secret Wars (Old Man Logan #2).  This Ti Asha Ra confronts Logan as he attempts to cross a boundary and blasts him off with lightning.

Why do I think Ti Asha Ra is in Guardians of the Galaxy? Three Reasons:

1)  I saw many Korbinites running around on Xandar.  They were the people shown with yellow/orange skin and bald heads.  She could have been any of those Korbinite females.

2) I also think I saw Beta Ray Bill trapped in a cell in the collector's museum.

3) Her name is listed on a Guardians of the Galaxy Casting Sheet:  She is listed as a character that Quill flirts after he leaves Bereet on the way to the Brokers shop.  I do not recall seeing a female there but perhaps she will show up in extras or in a different scene. 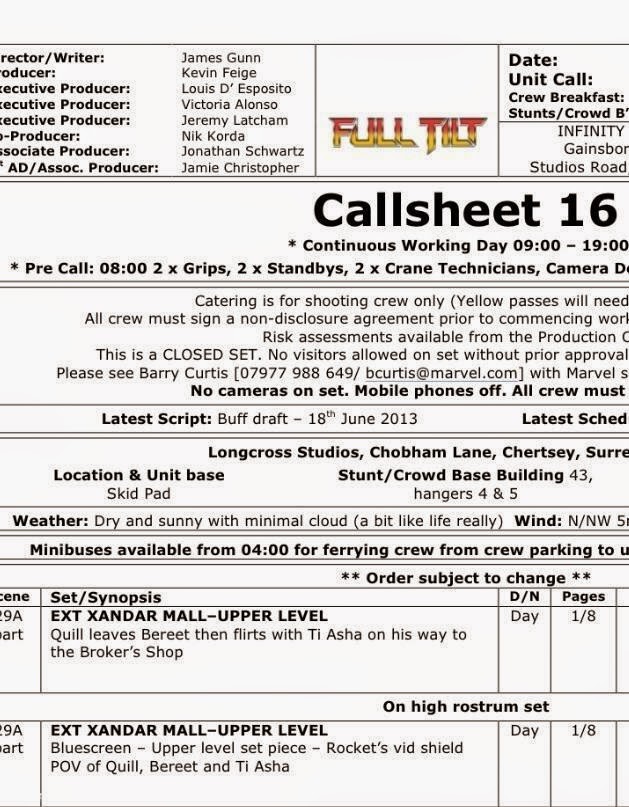 What does Ti Asha Ra's presence mean.  If Ti Asha Ra was even thought about being placed into the movie I think it means that Marvel is eyeballing Beta Ray Bill.  This is further evidence that Beta Ray Bill may play a significant part of Thor 3 and may even replace the Norse god thereafter.